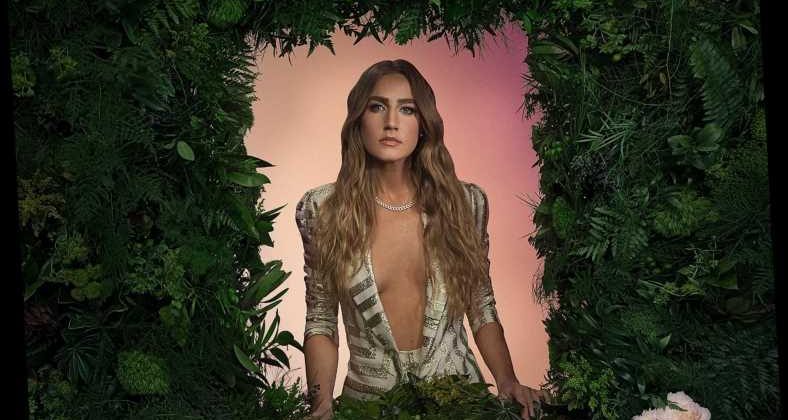 A new hobby, exercise routine, or reading regimen? Piffle. Ingrid Andress has come up with a different kind of self-improvement during her quarantine downtime: re-envisioning her critically acclaimed debut album Lady Like.

The result is a deluxe edition, released Friday, that features plenty of new treasures, including three new songs, new versions of chart-topper "More Hearts Than Mine" and "The Stranger," and a new order for the tracklist.

"The great thing about quarantine — even though there's not many great things about it — was that it gave me time to really step back and be like, 'Oh, cool, look at that album I released in March,' like, 'Way to go, you!'" Andress playfully told a group of Nashville music journalists in a Zoom call this week. "And then in that same time, I realized that the chapter of Lady Like was not finished." The rearrangement of the tracklist, especially, gives Lady Like a whole new vibe, essentially turning it into a concept album that leads listeners from singlehood to couplehood and back to singlehood again.

"I wanted to rearrange the tracklisting to match that progression of that time of my life," Andress, 29, explains. "I feel like the order in which you hear songs is just as important as the songs themselves. I know that's kind of an old school concept, because who listens to albums anymore? But the way that I used to listen to albums was top-down. If they were really good, I just loved that. To me, it just adds another layer to the story of where those songs came from."

Among the new tracks is her cool summer single,  "Waste of Lime," inspired by her fondness for tequila.  She's also included a rendition of "Boys," a 2017 pop hit for Charli XCX that Andress co-wrote. That song's concept, she reveals, was hers.

"I brought [it] into a room with two guys," Andress recalls, "and I was just like, 'Why do guys get to talk about all their different 'hos' and different area codes, and why can't girls talk about stuff?'"

Andress heartily approves of Charli XCX's version — "the track hits so hard, it slaps" — but "I just wanted to make it my own again," she says. "I wanted it to be a little more organic and a little more country just to see what that sounds like." The new version of "More Hearts Than Mine" is also a standout, especially with Andress' celestial harmonizers, Karen Fairchild and Kimberly Schlapman. Little Big Town's women have been Andress' fans ever since they heard her perform at a 2018 showcase. The two picked her last year as the new artist they wanted to collaborate with on a Cracker Barrel project that celebrated women in country. They were Andress' first choice when she thought about including a re-created "More Hearts" on the deluxe album.

"They just have been super-supportive of me even before anybody knew who I was," says Andress. "Honestly, during rehearsals, I was trying not to fangirl because they're just the best."

The CMA nods were especially sweet — and shocking, says Andress. It didn't dawn on her, when she was invited to help announce nominees on a livestream video on Sept. 1, that her name might be among them.

"I thought the only reason why they asked me to host was because I had a great personality," she saucily says. "And then when I found out about my nominations, I was like, oh, you completely tricked me — in a great way! It's a great surprise."

un FREAKING real. thank you #cmaawards. i was not prepared to be emotional on a Tuesday. New Artist of the year is INSANE, and Song of the Year?! R U SERIOUS. I’m shooketh. thank u thank u 🙏🏼

With COVID, she says she was only able to celebrate "by myself with my plants and some tequila," and she adds, "I think it's taken a moment for all of that to sink in. It feels like it's not happening because we're not able to come together."

Indeed, with the pandemic, Andress has had quite a "best of times, worst of times" year. Besides having to erase all her concert dates from her calendar — she'd earned coveted spots on arena tours with Dan + Shay, Thomas Rhett and Tim McGraw — she also was forced to find a new home in March after a tornado damaged her Nashville apartment complex.

"To sum it up, it's been whack — in a great way and a not great way," she says of 2020 so far. "It's crazy how many awesome things can happen at the same time as not-awesome things, so it's just keeping me on my toes, for sure." One thing that's helped her regroup has been focusing on the aspects of her life that she does have control over. "So, for me," she says, "it's been being more open to writing about things that I don't normally write about, and honestly, taking care of my body and working out, and just getting my head right."

And relying, of course, on her chosen nectar of the gods. "Tequila," she says, "also helps — a lot!"