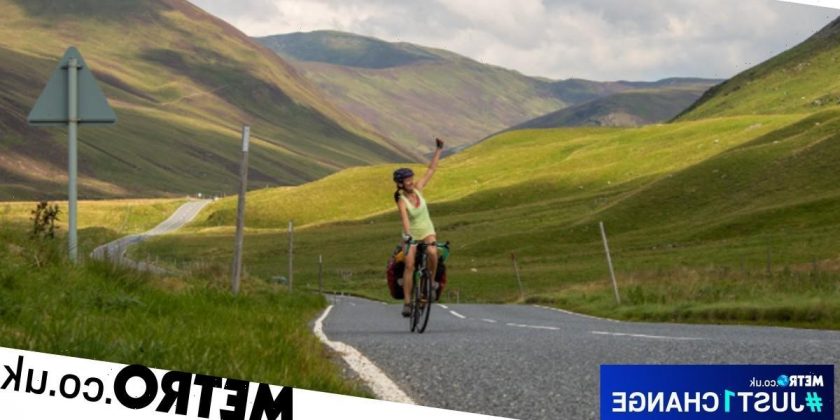 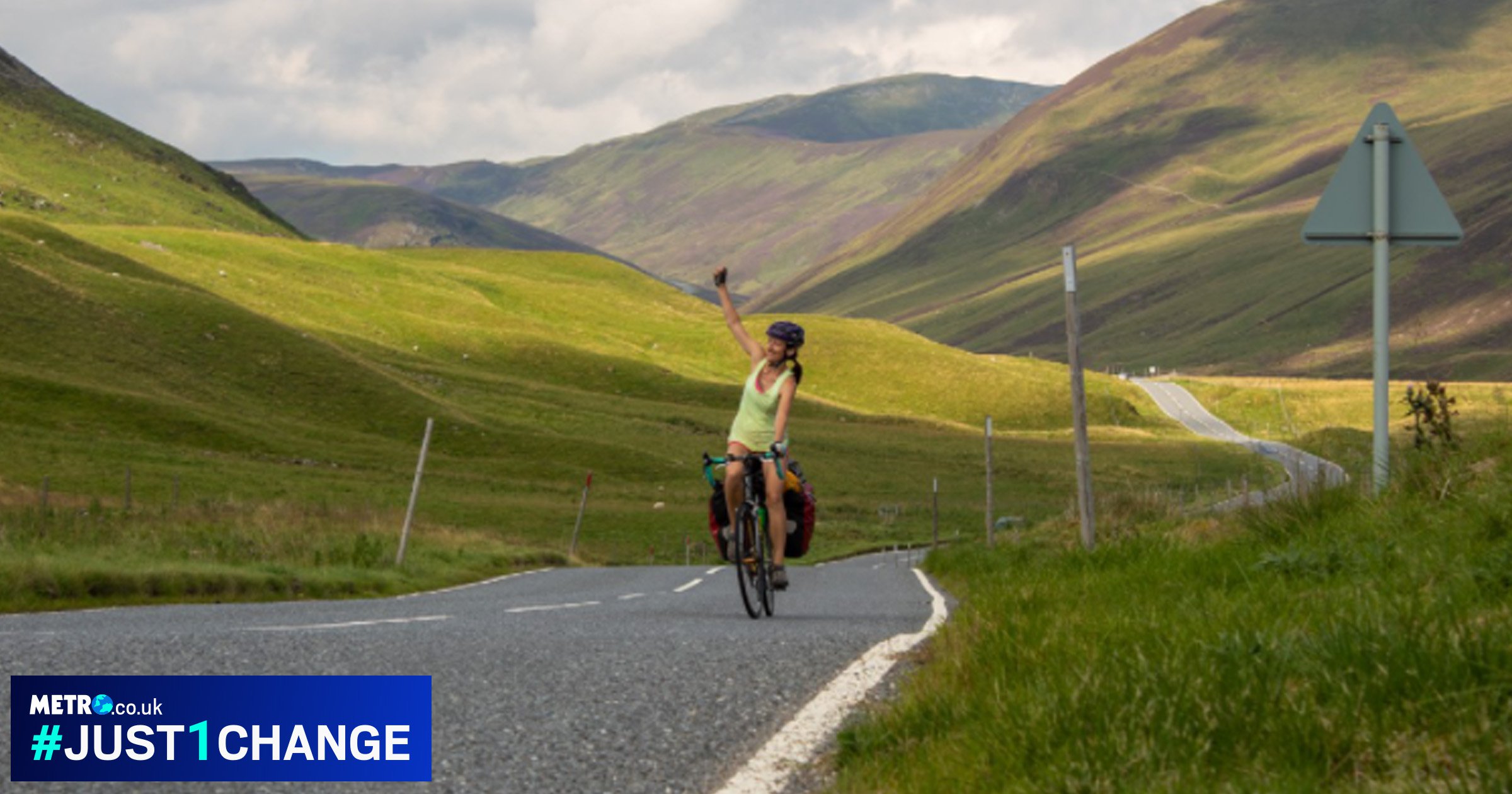 It all started with a trip to the cinema to see the Age of Stupid, a film starring Pete Postlethwaite as a man looking back from the future asking: ‘Why didn’t we save ourselves when we had the chance?’

The film featured oil billionaires getting richer, while poor people suffered the consequences of rising emissions – such as not being able to grow crops to eat.

There was a scene where a man who made a living from taking tourists trekking through a glacier showed how much the glacier was retreating each year, to the point where it would soon disappear.

Seeing all this wilful destruction and the inequality of it all really shocked me. After the film, there was a Q&A with one of the directors who said that if we wanted to stop it all from getting worse, we needed to stop burning fossil fuels – and the most powerful thing we could do was to stop flying.

At the time, I had two flights booked: one to China to see the solar eclipse, and one to Tanzania for a charity bike ride. As soon as I got home I cancelled them both.

I had never been someone who takes loads of flights, but I’d flown a bit for holidays, and quite a lot to visit my sister in Jersey. It was strange that I’d never even considered the impact of my flights before, because in every other aspect of my life I tried hard to reduce my carbon footprint.

For example, I’m vegan and don’t own a car. I religiously recycle, and even set up a ‘Save the Earth’ club for my friends when I was at primary school. But, somehow, I’d missed the memo about flying.

That film really opened my eyes. I was shocked to discover that flying to New York for my birthday had created more emissions than a year’s worth of driving. Despite all that religious recycling, going to Prague with my boyfriend had added more to our carbon footprints than I would save from going plastic-free for an entire year. It was time to stop.

I worried that this would mean I could no longer travel, but that hasn’t been the case at all. By removing flights, I have discovered so many other ways of getting around and seeing new things. I now travel by bicycle, train, boat and coach, all of which have a fraction of the emissions of a flight.

One of the biggest surprises has been from exploring here in the UK. I’d no idea we had so many incredible treasures right under our noses.

I’ve discovered the warm, turquoise-clear seas in Cornwall, and have been rock climbing on the Pembrokeshire coast. I’ve hiked up mountains in the Lake District and cycled through breath-taking landscapes in Scotland. There’s masses of variety, from our buzzing cities to our impressive castles. I could spend an entire lifetime travelling around the UK and not get bored.

When I fancy a bit of Mediterranean warmth, I hop on a train and I can be in Nice or Barcelona in a matter of hours. The stunning beaches on the north coast of Spain are only an overnight ferry away. And of course, I can still visit my sister in Jersey – I just take the boat now.

It’s been such a relief to find out that not flying doesn’t mean not travelling, and the journey is so much more exciting when you take it slow. I once took a train to Copenhagen and I loved how you see so much out of the window, and you learn how all the cultures and landscapes connect.

It was like a language lesson, overhearing other passengers having conversations as we passed through the various countries, first in French, then in Flemish, then German and finally Danish. I felt really connected to the people I met and the places I went through – you certainly don’t get that on a plane.

To start with, it didn’t really bother me that my friends kept on flying even though I had stopped. Yes, I missed out on a hen night or two but I was happy living in my own little low-carbon bubble.

But, in 2018, there was a report written by the Intergovernmental Panel on Climate Change, that said we urgently need to reduce our emissions to avoid the catastrophic climate change that had been described in that film, the Age of Stupid. All of a sudden it became really scary, and the issue became a lot bigger than just my personal decision not to fly.

So I decided that I would try to inspire other people to ditch the flights, too, and I started the campaign group Flight Free UK. We raise awareness of the climate impact of aviation and inspire people to travel by other means by running a pledge that asks people not to fly for a year.

Just taking one year off is enough to break a habit, and find all those other ways of travelling that I have enjoyed discovering so much. And, it seems to be working as, over the past three years, over 10,000 people have taken our pledge.

Yes, it can be more expensive and time consuming than flying –  but I think it’s worth it, not only because of the emissions savings, but because the experience is second to none.

Many of us book a flight without thinking twice, like I once did. But I really want to challenge more people to join the pledge. Stopping flying is not a sacrifice, it’s a gift to yourself and to the kids of the future. Give it a try – what’s stopping you?

Anna Hughes is director of Flight Free UK. You can find out more about the campaign and take the pledge at flightfree.co.uk