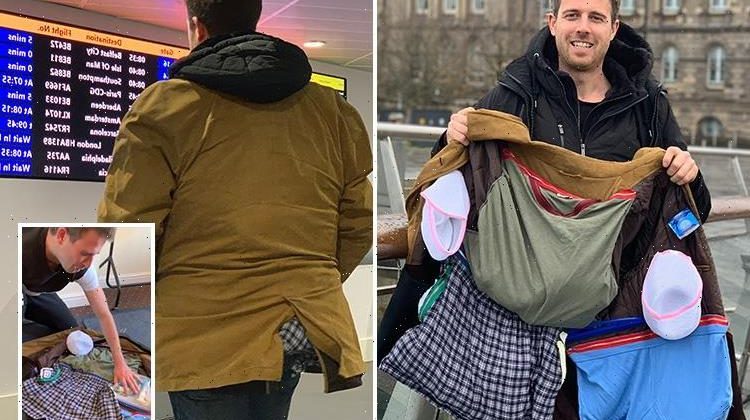 A SAVVY Brit has found a clever way to bypass Ryanair's new strict rules on hand luggage – by sewing his possessions into this coat.

Lee Cimino, 30, from Leek in Staffordshire came up with the genius plan ahead of his weekend break to Belfast last weekend. 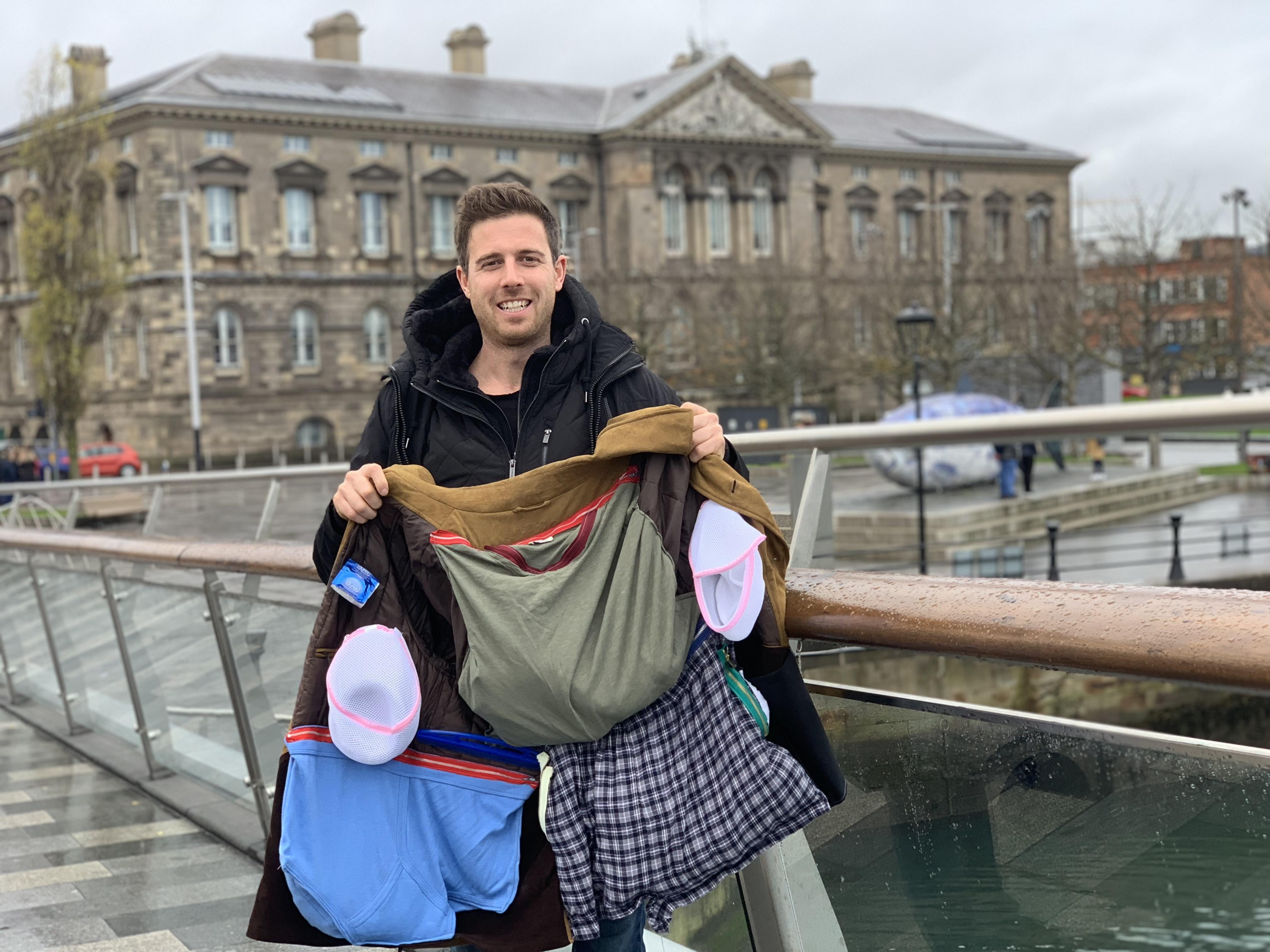 Lee's trip occurred just a couple of days after the airline brought in their unpopular new restrictions – which charge passengers £6 – £8 to take the bag into the cabin and £8 – £10 to put it in the hold.

So he decided to take an old coat to the tailor's and see if they could add enough storage to fit a carry-on suitcase worth of belongings.

He told Sun Online Travel: "I fly with Ryanair all over, so I'm clued up when it comes to their bag rules.

"It's not breaking any rules to try and take all of your luggage in your clothes, so I took an old coat out of my cupboard and took it to Sew Wot Tailors in Tunstall to see what they could do for around £25 – £30." 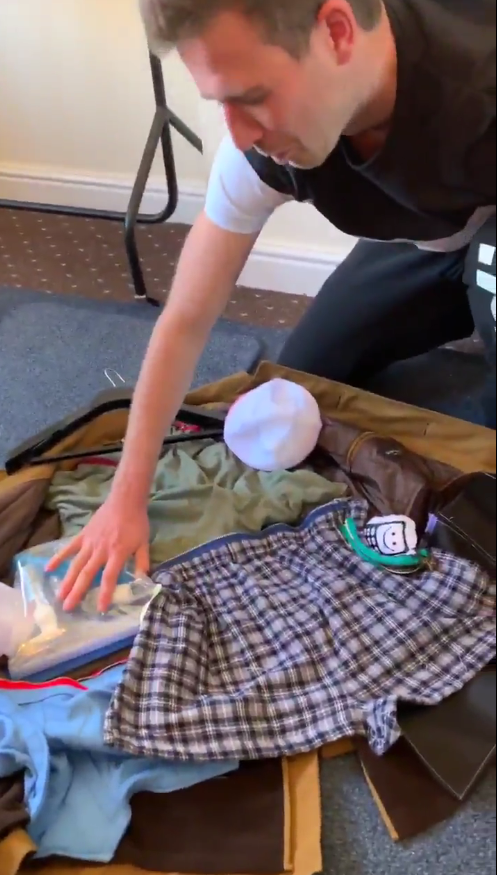 Lee continued: "I wasn't trying to pack the most I could in – it was just the amount that I needed for the overnight stay.

"So I had pair of trainers, a pair of shorts, a t-shirt, a jumper, a towel, a pair of boxers, some socks and my liquids – the whole contents of my roll-on bag.

"The coat fitted comfortably with all of the stuff in it and I even wore it around Belfast until we got to our accommodation."

According to Lee, the the trip through the airport was seamless and no one even batter an eyelid.

He said: "It was very comfortable, not even noticeable – no one commented as I was getting on the plane, and going through airport security wasn't hard either, I just took it off and put it in the tray.

"There was no scene created because we weren't trying to make a scene, we just wanted to do it in a discreet manner to see if we could and to prove that you could get onto the plane still carrying what you needed." 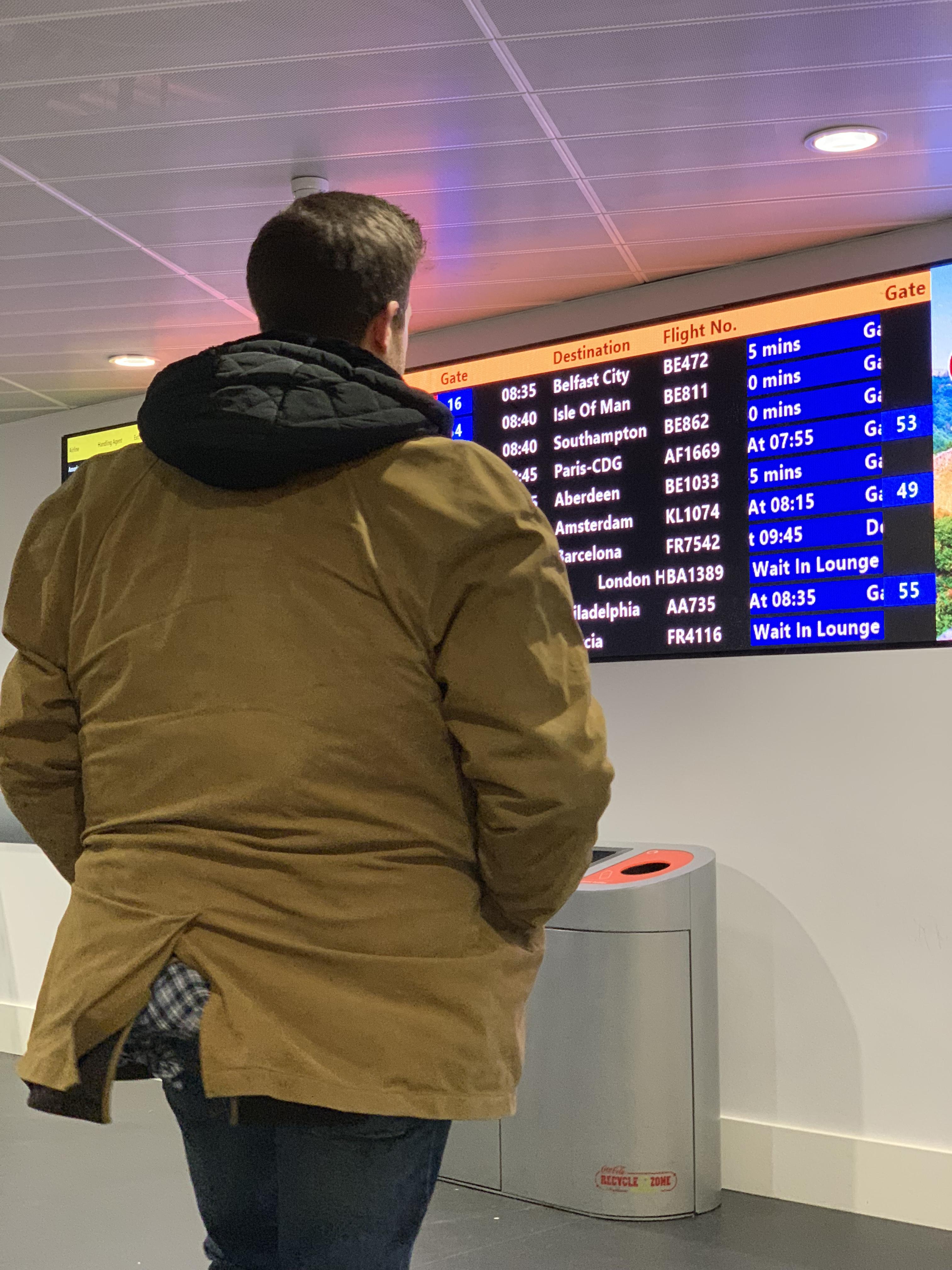 Lee has form for dodging Ryanair's luggage charges, as he already gets around their pricey baggage charges when taking a ski holiday each year with friends.

He said: "When I go snowboarding I have to pay for a snowboard bag on the plane, so I always put all of my clothes in too instead of paying for an extra suitcase.

"I'd rather go on lots of holidays than spend a lot on one."

The countries you need a Covid booster jab to enter

Given the ease of his new trick, he told us that he'll definitely be re-using the coat.

He said: I'm going on a ski trip in January, so I’ll get the coat out again then.

"Ryanair said that the point of charging is to speed up boarding, well obviously I was hotfooted this time."