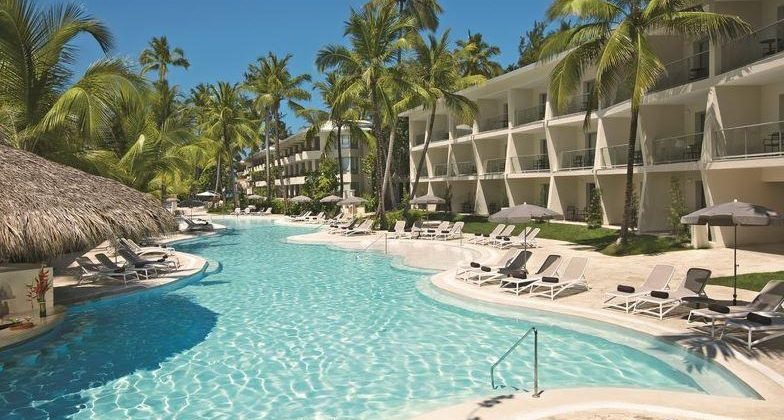 The Impressive Resort and Spa in the Dominican Republic was revealed to have previously been the Sunscape Bavara Beach by guests staying at the resort. 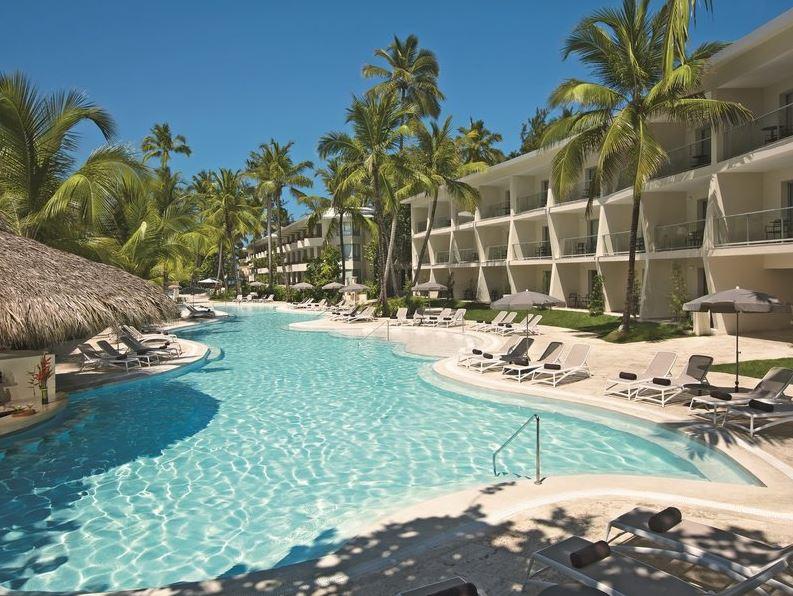 Guest Carl Lawron, who is still at the resort, explained on Facebook: "We have since found out that its NOT NEW its the old Sunscape resort which closes today 11/01/2019 and re-opens under the name of Impressive Resort and Spa 14/01/2019.

"We have travelled to the Dominican Republic for over 20 years now and certainly would NEVER of booked the Sunscape Resort with all its problems.

"Worst holiday I have ever had. Terrible beach, smells of poo, food cold, drinks like paint stripper."

On the UK website for Tui, the Sunscape Bavara Beach is no longer available, and it has been permanently closed, according to Google. 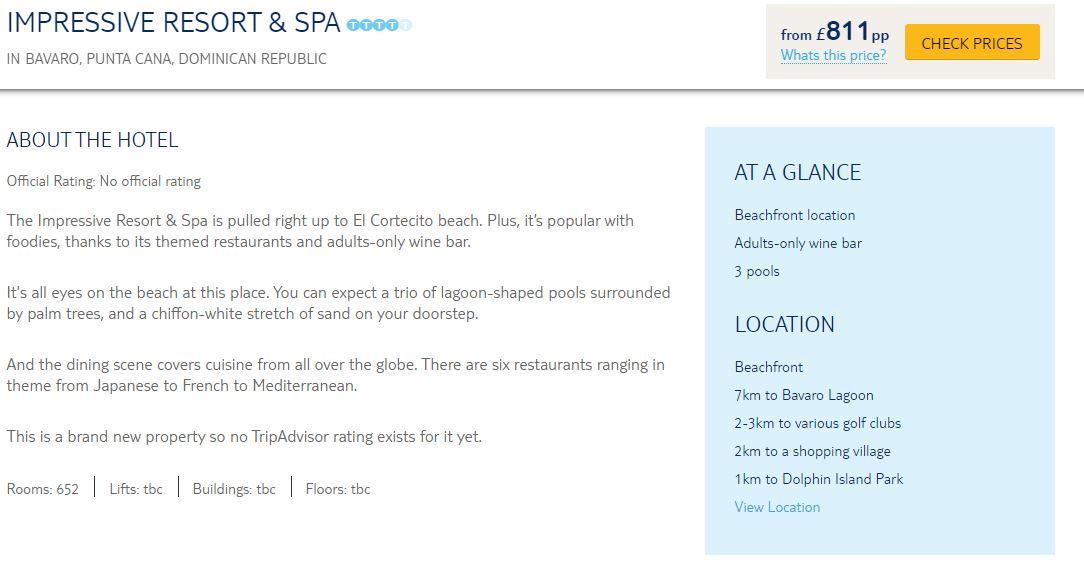 There are no pictures of Impressive Resort and Spa on the Tui website but it has the same address and is currently on sale for £811 per person.

The website says: "This is a brand new property so no TripAdvisor rating exists for it yet."

Sunscape previously suffered from a salmonella outbreak, according to the Mirror, which saw children vomiting blood.

On TripAdvisor, Impressive Resort guests were less than pleased.

A TripAdvisor user wrote: "First of all, this is not a new resort. Nothing in this resort is new, the rooms are outdated, the shower was broken when we came in, the AC was broken too.

"We called twice to have it fixed. " 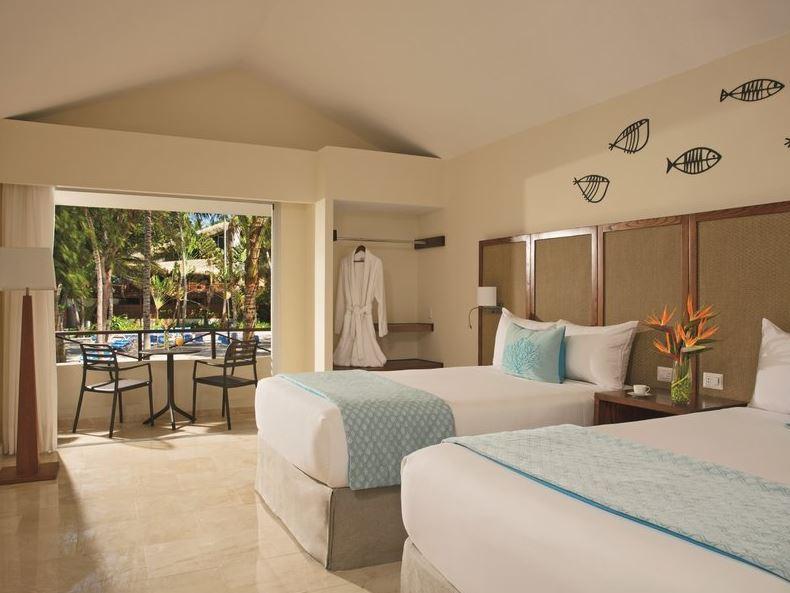 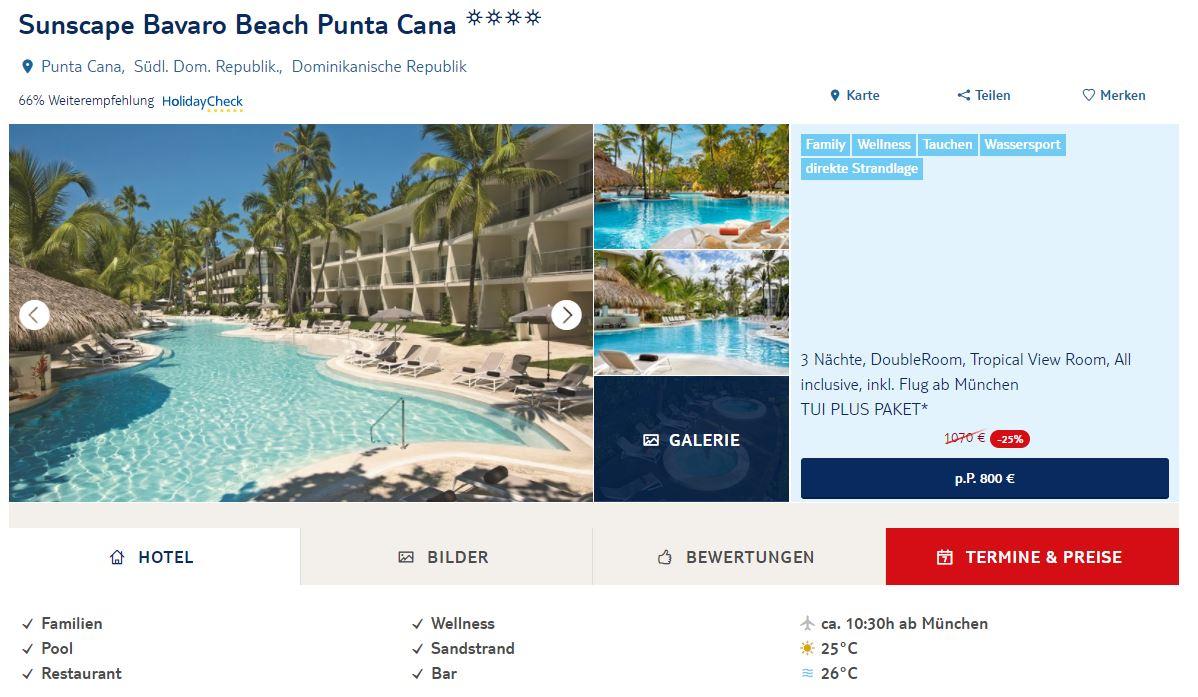 Another guest was at the resort when they were changing hands.

She wrote: "We stayed at this resort during the transition from Sunscape Bavaro/Dominican to Impressive. There is a little bit of information on-line about the transition, but not much.

"The last night we were there, they took down most of the old signage, and they had been working on renovating one of the old lobbies.

"Until the new resort has very many reviews, check the Sunscape reviews about what to expect."

Sunscape guests previously said the resort had the "smell of sewer" throughout, with "dirty pools" and continuous construction work.

One guest advised: "Spend a bit more and stay at a different resort. Wish we did."

A Tui spokesperson told Sun Online Travel: "We’re sorry for any confusion about the Impressive Resort and Spa in Punta Cana.

"We would like to thank customers for bringing this to our attention and the wording is being updated and corrected following the simple mix up."

A British tourist previously hit out at Tui after her £4,400 holiday to Jamaica resulted in scalding hot showers and broken toilets.

She told Sun Online Travel how the 'five-star hotel' did not meet standards with dirty glasses and run-down rooms.