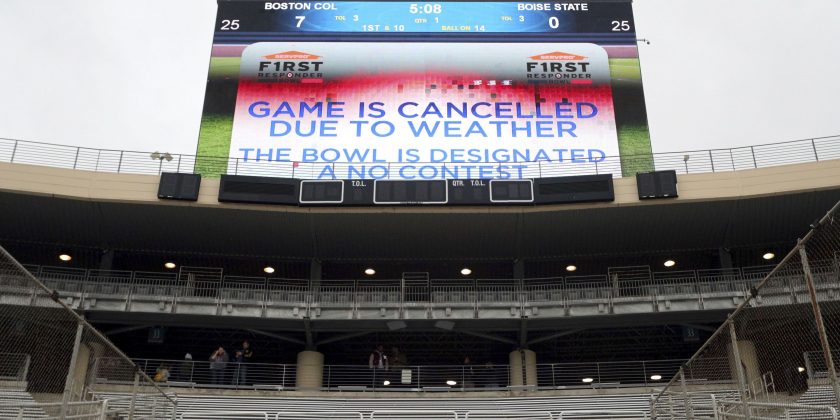 Holiday travel headaches continue for travelers at select airports across the country.

Cancellations and flight delays aren’t as severe or widespread as they were in the days before Christmas but trouble spots remain due to weather.

Flight tracker FlightAware says 307 U.S. flights have been canceled and an additional 863 have been delayed.

Travelers headed to, through or from Dallas will be affected the most. American Airlines and Southwest Airlines have major operations in Dallas.

Dallas was hit with severe storms on Wednesday, with the weather bad enough to force the cancellation of a college bowl game, and airlines are still playing catch up.

Airlines have canceled 104 flights and delayed an additional 41 to and from Dallas/Fort Worth International Airport Friday, according to FlightAware. American, which has a huge hub at the airport, accounts for most of the cancellations and delays.

American had 85 flights diverted late Wednesday and early Thursday due to the weather. Flights to and from the airport were close from 3 p.m. Wednesday until early Thursday morning, according to American spokesman Ross Feinstein.

He said the airline’s operations in Dallas should return to normal Friday afternoon.