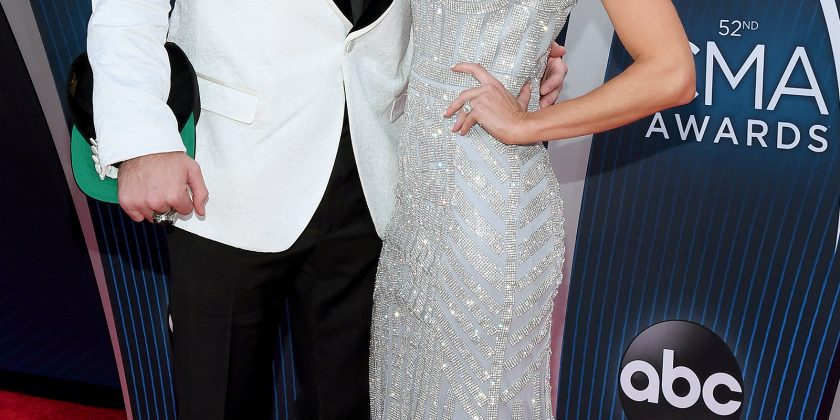 Brantley Gilbert and his wife Amber Cochran are sharing the secrets to their long relationship.

The pair, who share 1-year-old son Barrett Hardy-Clay Gilbert, married in 2015, but have been dating since they were in high school.

“He talked me into it,” Cochran told PEOPLE on the 2018 CMA Awards red carpet.

“I finally talked her into marrying me,” Gilbert, 33, responded, joking that it only took 13 years.

After that long of a relationship, Cochran said her key to success is to keep going on dates. “I think you have to keep dating each other,” she said.

But “The Ones That Like Me” singer has a different approach to keeping the romance alive.

He then quickly corrected himself. “Okay, I lied to you,” he added with a laugh. “I try to listen.”

The couple, who still live in Georgia where they met and fell in love, say that award shows are usually their only big social outings. Most of all, they look forward to catching some great performances.

“Other than that, just watching my pretty wife just walk around and turn everybody’s head,” Gilbert said. “That makes my day.”

“See how he talked me into it,” Cochran responded, referring again to their marriage.