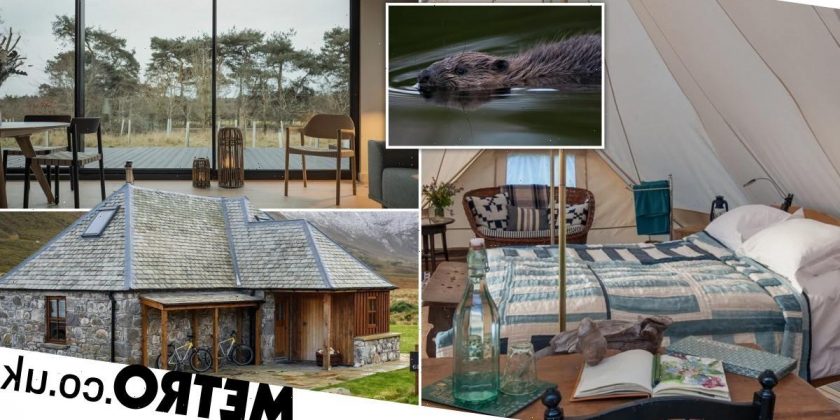 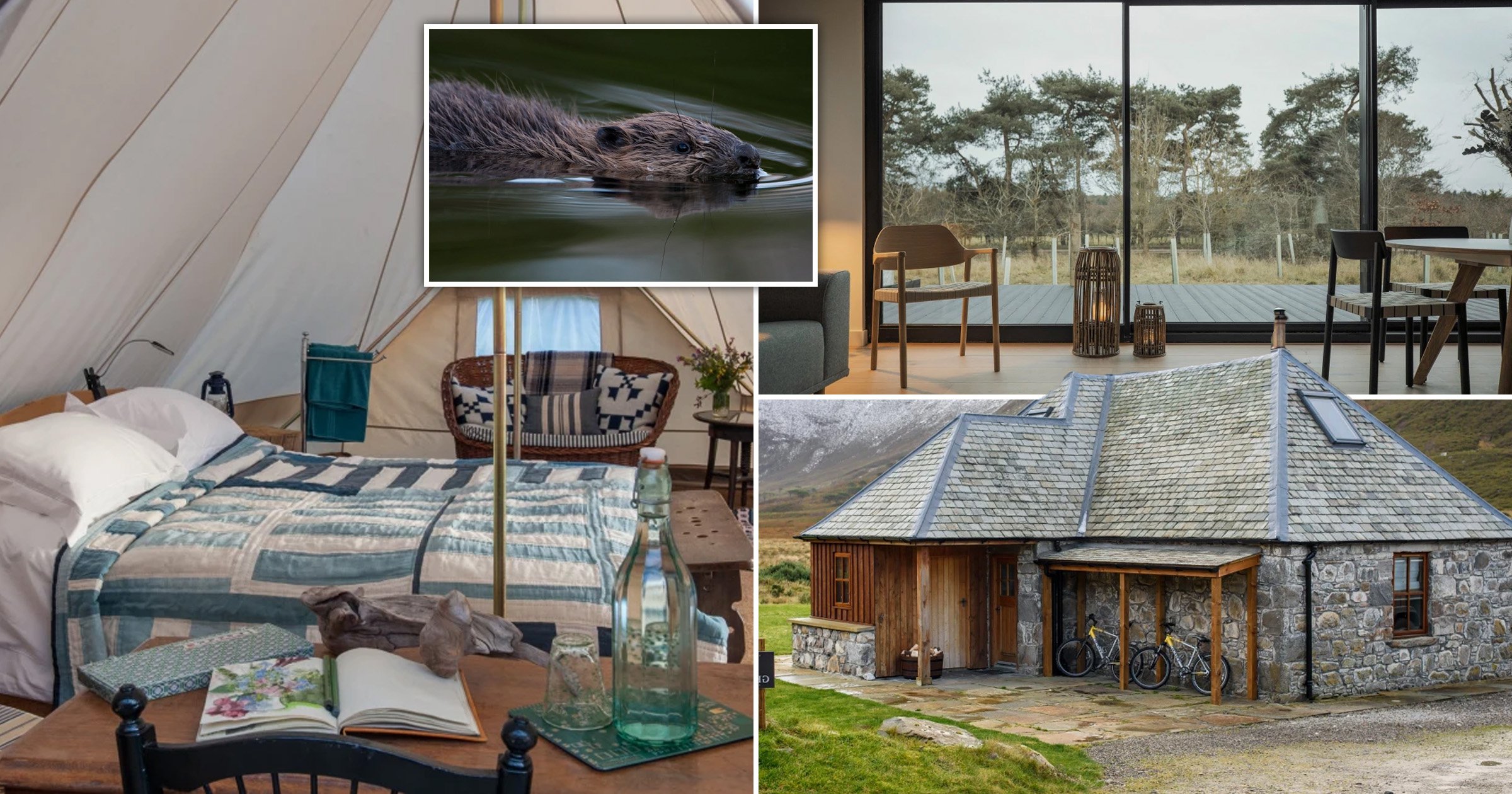 Staycations are still the most popular way to go on holiday this year, but are you seeing the UK’s wild side?

Rewilding projects – ecological restorations where lands are left to nature – are all the rage across Britain.

So if you want to see beavers in the wild or the Scottish Highlands restored to their natural glory, we’ve selected some of the most scenic examples of rewilding you can admire.

And there is a range of accomodation, from yurts and cosy shepherd’s huts to full on eco-luxe cabins.

Since 2001, owners Charlie Burrell and Isabella Tree have transformed Knepp Castle’s riverside lands, halting an intensive-farming model and surrendering the 3,500-acre estate to nature’s will.

In so doing, they have introduced longhorn cattle and Exmoor ponies as proxies for aurochs and tarpan – ancient beasts that once roamed here.

Prehistoric Scotland was densely forested and patrolled by predators. At his 23,000-acre Highlands tract, Paul Lister is intent on resurrecting that environment.

Tenants of the reserve’s three fully-catered lodges – or a remote self-catering alternative – can undertake ranger-led tours.

From £2,950 per week in a lodge that sleeps up to four, full board, alladale.com

Three years ago, Lord and Lady Somerleyton began letting a fenced-off fifth of their 5,000-acre estate return to its natural state, as part of East Anglia’s wider Wild East Project.

Gow, author of the memoir Bringing Back The Beaver, has instead released animals such as wild mouflon sheep on to 150 acres. Their grazing will develop habitats for other creatures.

Beavers are present too, of course, as are badgers and breeding groups of white storks and wildcats (in pens).

The newest arrivals are three cosy shepherd’s huts (from £200 for two nights).

Now one of Europe’s most precious wetlands, Cambridgeshire’s Wicken Fen supports short-eared owls, Konik ponies and much more. Four open-fronted log shelters can be exclusively rented from the National Trust.

Under Mid Wales’s Cambrian Wildwood project is restoring a sprawl of woods and moorland. Wild horses have been introduced, and pine martens, red squirrels and beavers are anticipated. Tours are available to guests of two adjacent self-catering cottages at Cefnoch Farm.

Over in Gloucestershire, Anselm Guise has begun rewilding 250 acres around his family’s country pile, Elmore Court — with treehouses due in two years.

For numerous other schemes, visit rewildingbritain.org.uk.