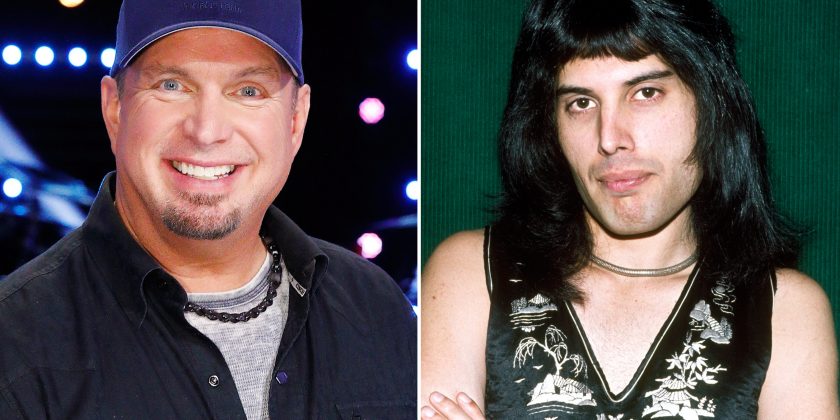 Garth Brooks‘ life was forever changed after listening to Freddie Mercury and Queen.

Ahead of the release of the Rami Malek-starring film Bohemian Rhapsody, Brooks reflected on the rock legend’s music career and the one similarity he found in Mercury, who died in November 1991 at age 45.

“The things that Freddie Mercury, this flamboyant entertainer from across the water, had in common with this kid in Oklahoma on a tractor was we were both insecure as hell,” the country star, 56, said. “Through the music, we found our courage.”

Brooks has frequently talked about attending a live Queen concert after his high school sweetheart surprised him with 13th-row tickets that neither of them could afford.

“They influenced me in the music and every time they stepped up in front of the mic or every time they did a show, they did the impossible. And impossible was an everyday thing for them,” Brooks raved. “There’s nobody that sounds like Queen. And that just tells me just how far ahead of their time they were.”

Among Queen’s catalog of hits, Brooks especially identifies with the rock legend’s 1976 hit.

“‘Find Me Somebody to Love’ you dig into those lyrics that no matter how different me and you are, the basic thing is that you can find love in one another,” he said. “All the stuff that separates us, that divides us, that draws boundaries between us, he says find me somebody to love in all of that. There’s the message for me.”

Though his genre of music is far from rock and roll, Brooks will always admire the U.K. legends.

“That’s the kind of music that defines your life. Freddie Mercury and Queen will simply live forever,” he said.