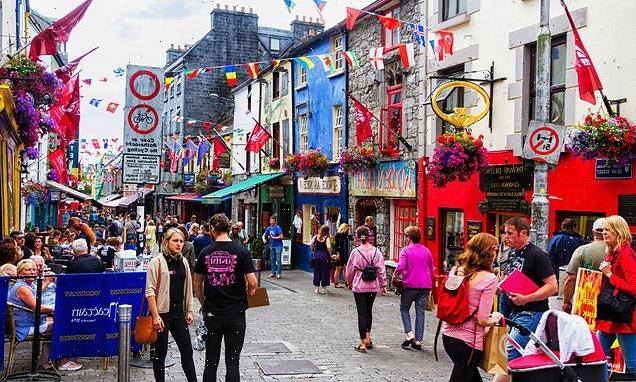 Eighty-year-old Liam is looking for love. He points to the gold Claddagh ring on his finger, where two hands are clasped around a crowned heart.

‘If the point of the heart is pointing to my body, it means I’m taken,’ he tells me with a grin. ‘If it faces out, I’m single.’

Liam may be a catch, but you will have to travel to the edge of Europe to find him. Galway, West Ireland, to be exact. 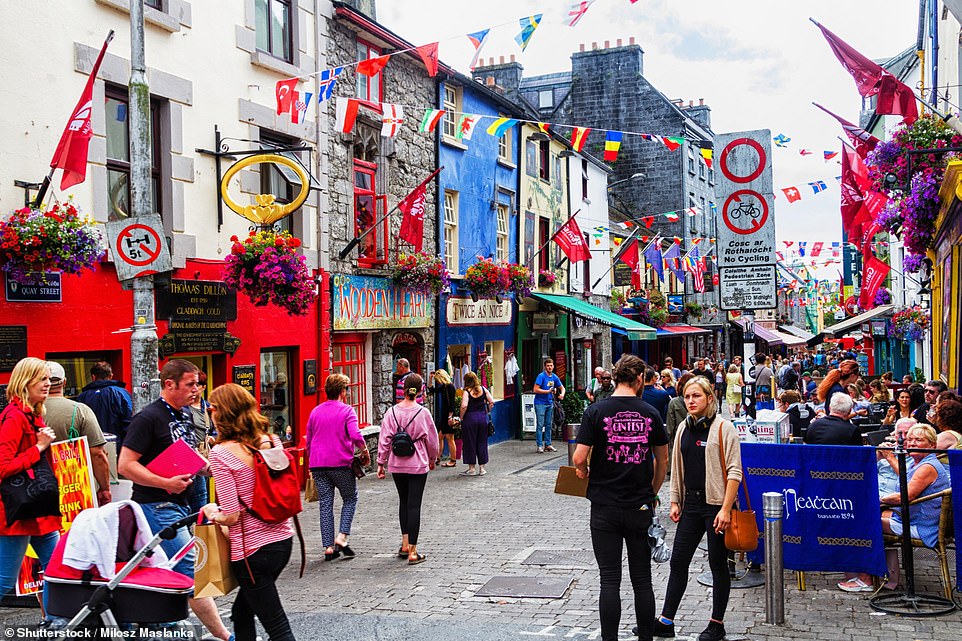 Quay Street in Galway. ‘Galway’s finest lure? The pubs. They are everywhere and a big source of local pride,’ Hannah writes 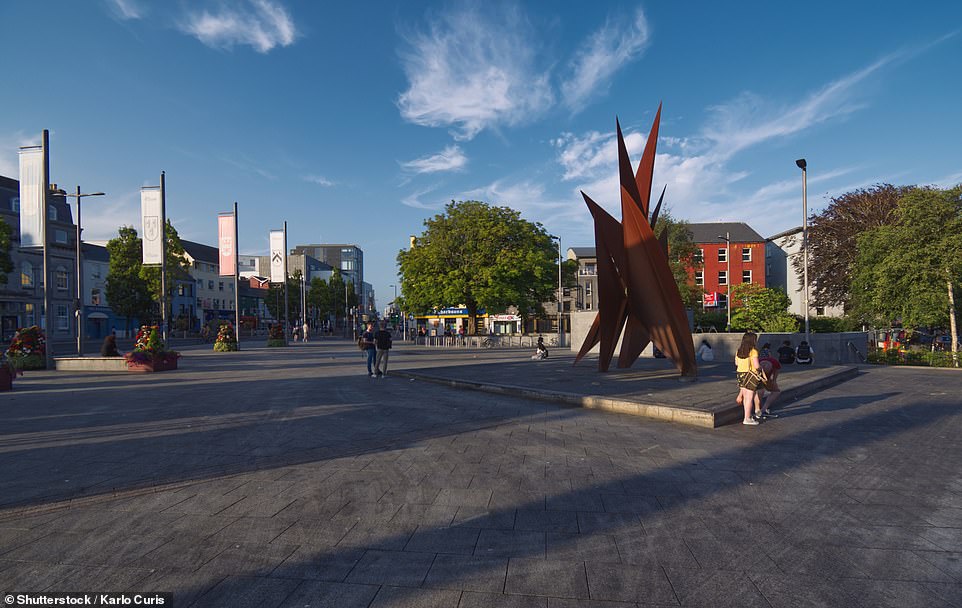 Pictured is Galway’s Eyre Square, which is ‘lined with towering 19th-century buildings’

I meet Liam in The Skeff, one of 475 pubs claimed to trade in Galway. It’s on the edge of Eyre Square, lined with towering 19th-century buildings.

Nearby in the Latin Quarter is Lynch’s Castle, once the grandest 16th-century townhouse. Today it’s a bank.

Galway is packed with history, from the City Museum, which tells the area’s tale, to the old Quays with their Spanish Arch, built in 1584 to protect the harbour. 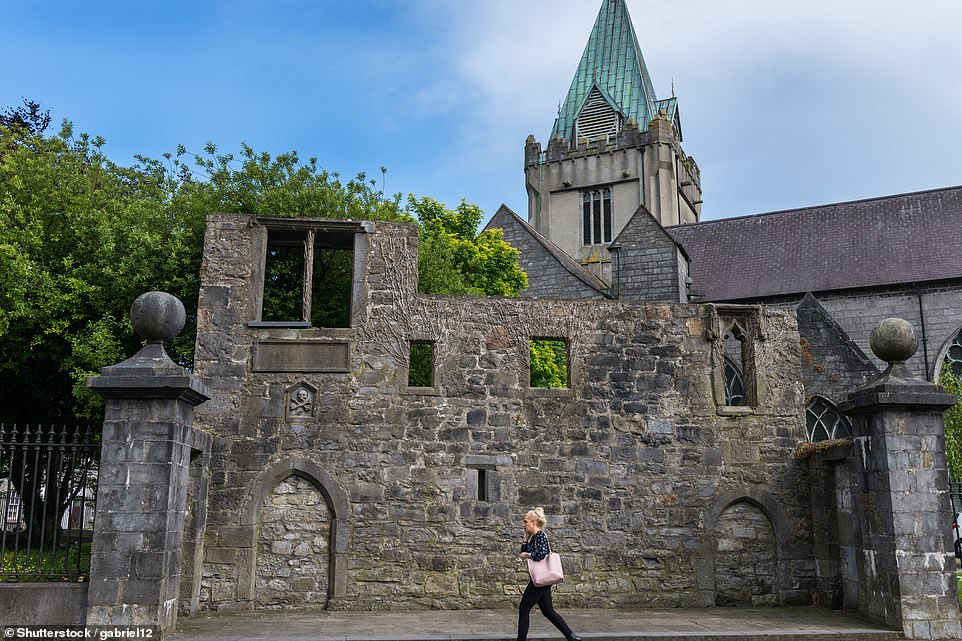 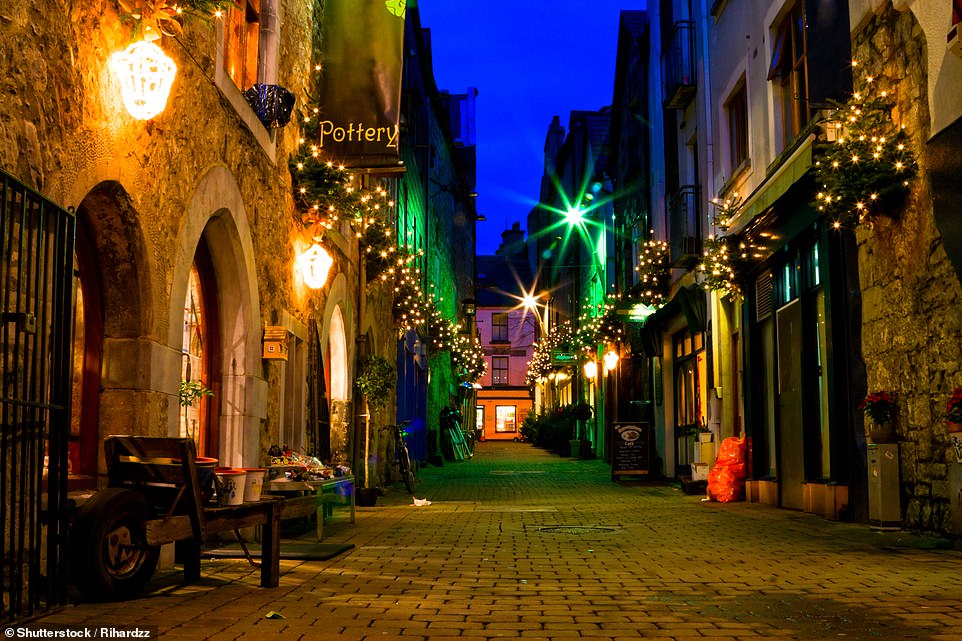 Kirwan’s Lane in Galway. ‘That’s the thing about Galway. It’s a feeling, not a place,’ a local tells Hannah 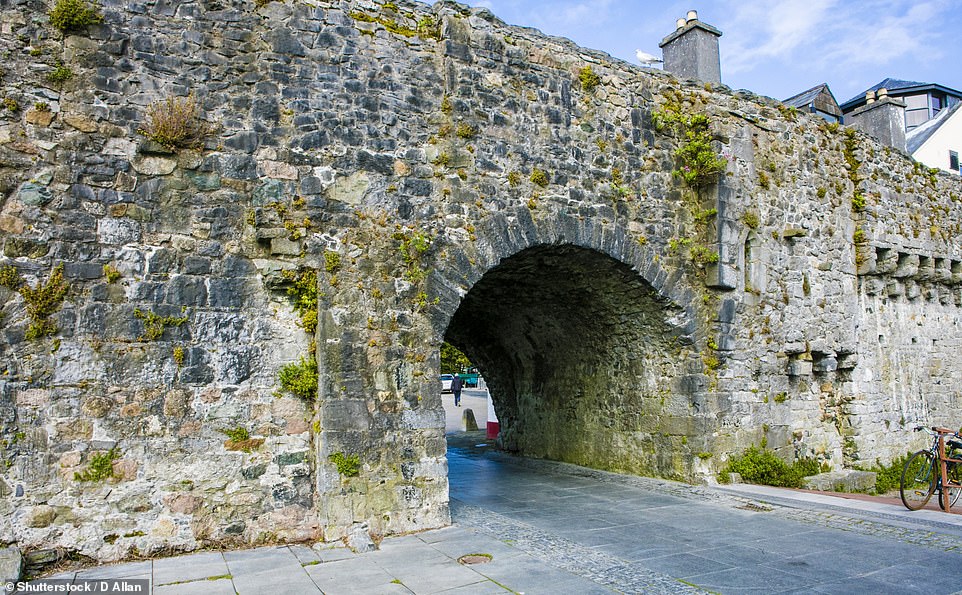 Head to the city’s old Quays to pass through the Spanish Arch (pictured), which was built in 1584 to protect the harbour

But Galway’s finest lure? The pubs. They are everywhere and a big source of local pride.

There are tiny traditional places such as Tigh Neachtain, which has been serving punters since 1894.

It’s all wooden booths, tables, black-and-white photos and all-important vintage whiskeys. Back on the West Side is where I find my favourite — The Crane. 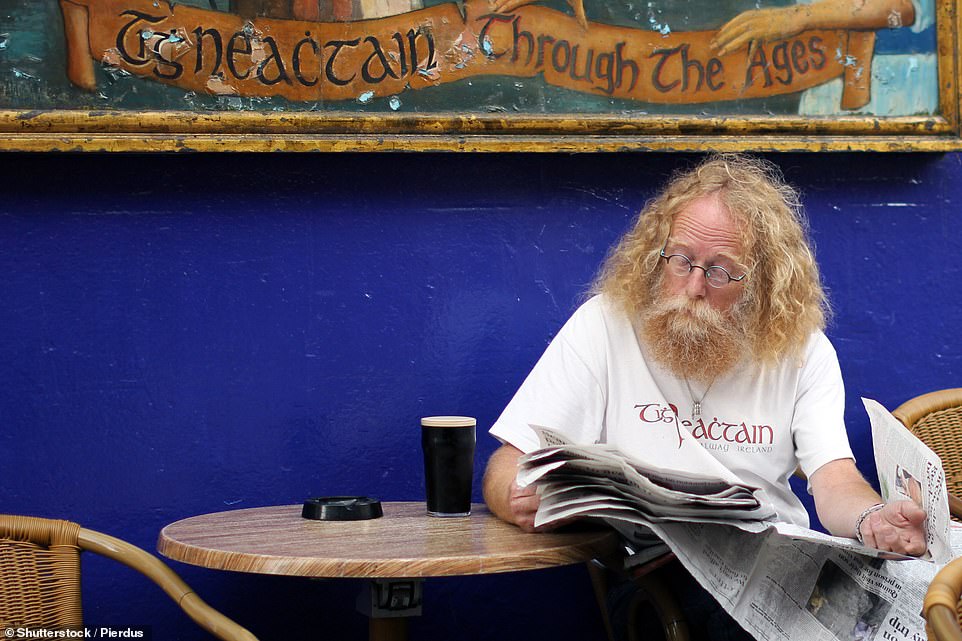 A customer outside the Tigh Neachtain, ‘which has been serving punters since 1894’, according to Hannah 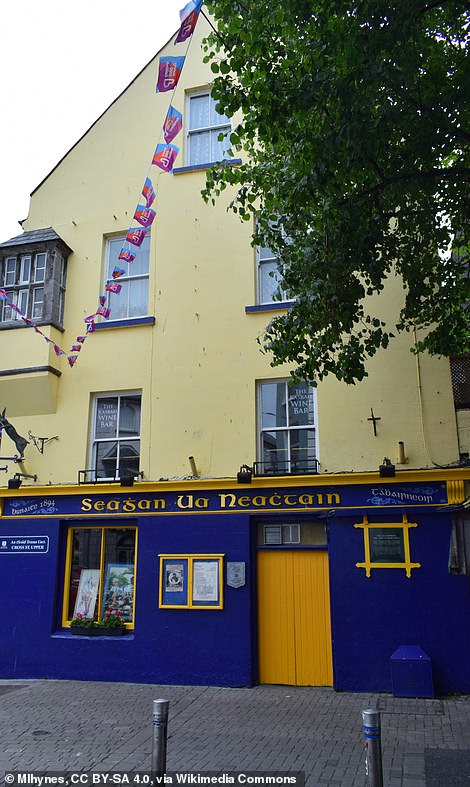 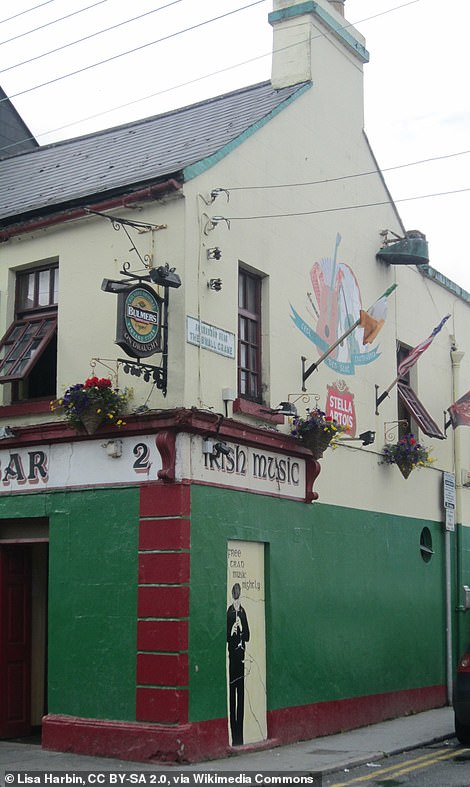 Tigh Neachtain, pictured on the left, is all ‘wooden booths, tables, black-and-white photos and all-important vintage whiskeys’. Hannah’s favourite pub, The Crane (pictured on the right), is set on the West Side of the city. Both pictures are courtesy of Creative Commons 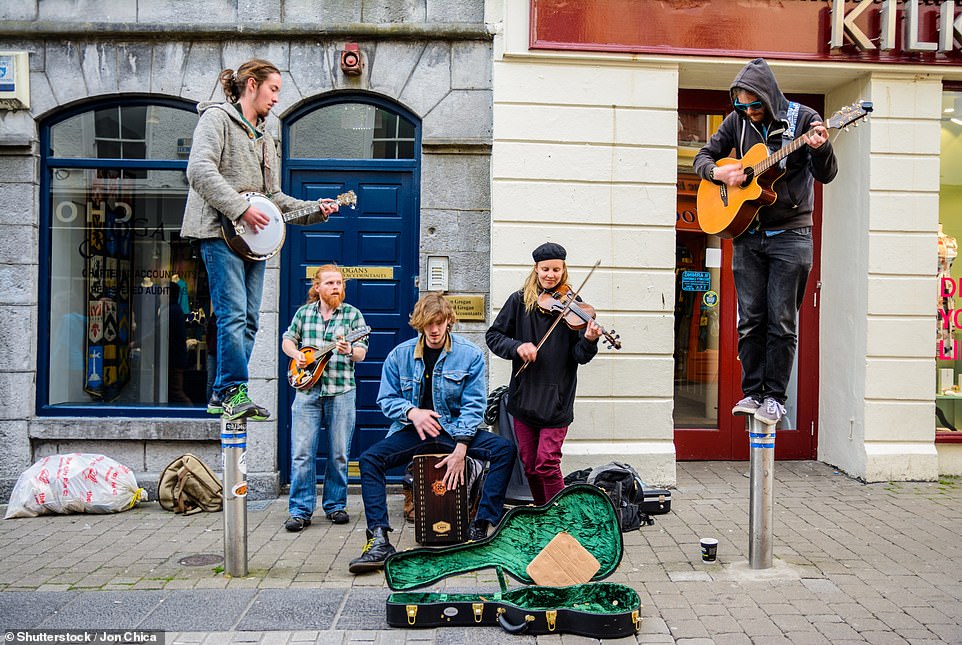 Musicians perform on the streets of Galway. During her visit to the city, Hannah listens to a group of 12 musicians play folk music in The Crane, and says: ‘It’s utterly hypnotic’

Downstairs a handful of old gentlemen sip pints, but upstairs a group of 12 musicians are clustered around low tables. Each has an instrument, some of which I don’t even recognise.

‘That’s the thing about Galway,’ Liam had told me. ‘It’s a feeling, not a place. Everyone feels instantly welcome.’