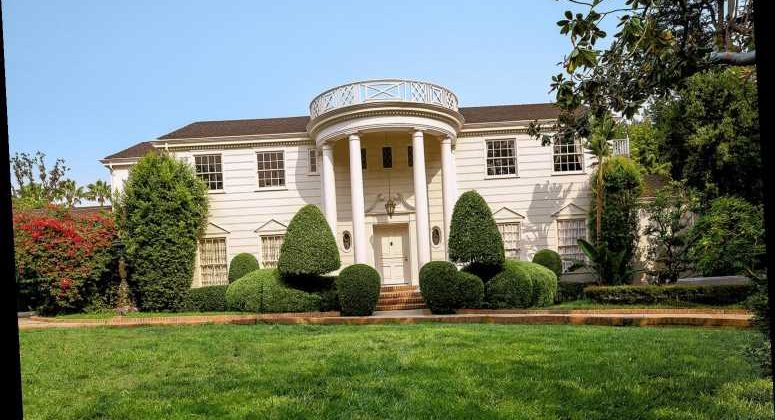 You won’t exactly get to move in with your auntie and uncle in Bel Air, but you will get the next best thing: a chance to be hosted by the Fresh Prince himself, Will Smith, at the mansion that served as the posh pad where Will crashed on the ’90s sitcom. In honor of she show’s 30th anniversary, fans can book a stay on one of five nights in October for just $30/night – and enjoy perks including new Air Jordans and a virtual welcome from DJ Jazzy Jeff. The charming Lavenham, England-based home that served as the setting for where Harry lived with parents James and Lily – before that fateful encounter with Voldemort – serves up vacation magic by renting out its two bedrooms for renting out its two bedrooms for $196/night96/night. Enjoy a full English breakfast before heading out to explore the medieval village, which served as the setting for Godric’s Hollow in the films. This one-bed, one-bath “Rustic Traditional Windmill” in Greece is the site of Hannah Brown’s epic hookup with Pilot Pete on Season 15 of The Bachelorette and it can be yours for just $71 a night. “Great experience staying at Giorgos and Athina’s windmill!” one online reviewer wrote of the windmill lodge, located in Nikithianos on the island of Crete. “We loved the place, a traditional windmill nicely renovated above an olive tree valley, with an amazing view!” Just because you aren’t a superhero doesn’t mean you can’t live like one. This lakeside cabin is where Tony Stark (played by Robert Downey Jr.) brings his daughter to escape earth-shattering drama. And, spoiler alert: it’s also where Stark’s funeral was held. Fans can rent the Fairburn, Georgia, home for $800 a night. Want to experience the joys of Chip and Joanna Gaines’ carefully-selected shiplap and sliding barn doors but don’t have plans to move to Waco? You can experience the Fixer Upper mystique by renting the house they renovated on the show’s season 4 finale for $450 a night. And, appropriately for a home with the Gaines’ signature touches, this AirBNB offers plenty of family-friendly amenities. Charlie and Bella Swan’s Pacific Northwest home from the Twilight movies is listed at $330 per night. Fall in true love with this a five-bedroom, two-bathroom charmer located in Saint Helens, Oregon. Superfans will be delighted to find that the former owner of the 1930’s style home chose to keep the Twilight set designs when filming wrapped — so yes, the green kitchen cabinets are still intact! It might not have the, um, lived-in vibe of Walter White’s trailer, but the owners of this Albuquerque-based AirBNB, which was featured in season 5, episode 3 of the show, want to make sure you get the next best thing. That’s why they’ve outfitted their 4-bedroom apartment (available for available for $99/night26/night) with Hazmat suits, Breaking Bad-themed artwork and convenient information about driving distances to the show’s other iconic locales. If you wanna be a Spice Girl, you better round up your friends – and book a stay in the double decker Union Jack bus featured in the 1997 film starring the ’90s girl group (starting at starting at $162/night62/night). But be prepared for slightly less-than-pop-star-esque accomodations: Since the bus is original, the bathrooms are located off-site. The fictional home to generations of the Crawley family was available inhabit for one night only if you were first to book on October 1 – and at the very un-royal price of $149/night, the winner could save the rest of their cash for renting gowns and jewels for the most epic slumber party ever. This historic Suffolk, U.K. property boasts beautiful restorations, but the guest room — where Gwyneth Paltrow stayed in 1998’s Shakespeare in Love — still features medieval furniture and raw, 18th-century plaster walls. The two-bed, one-bath cottage was priced at just $79 a night but has since been delisted.