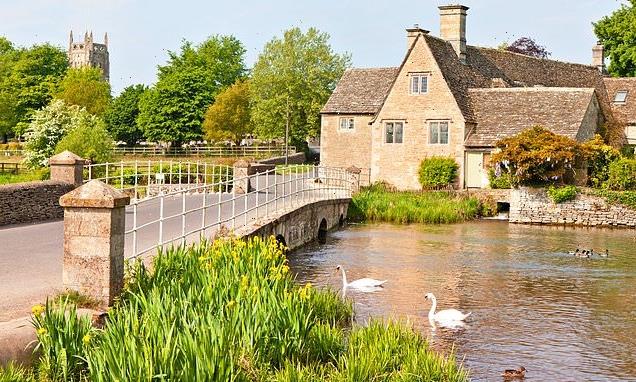 Following in the footsteps of authors C. S. Lewis and J. R. R. Tolkien on a frosty walk in the Cotswolds, stopping off at fine coaching inns and ‘lovingly preserved’ villages along the way

Thomas Cook showed the British how to travel. But his grandson, Ernest, had an impact much closer to home.

After selling on his interest in the business, Ernest Cook set about acquiring country estates and fine artworks. In 1952, three years before his death, he created the nature and educational trust that bears his name. Everything is better outdoors, says its website.

On a sunny, frosty Cotswolds morning, it’s hard to disagree. With a group of old friends, I am walking up what’s called a ‘permissive footpath’ on Ernest Cook Trust land along the River Coln in Gloucestershire.

We left the market town of Fairford and walked through a narrow doorway in the ancient oxpens, where pairs of oxen rested between ploughing sessions. As it’s not a Tuesday (when the path is closed) we are walking along Ernest’s land to Quenington. 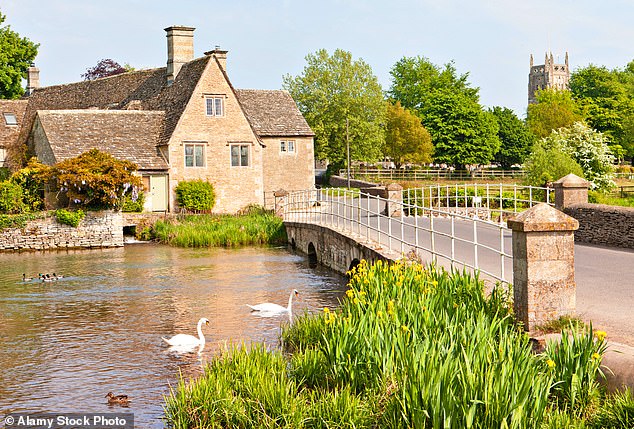 A few years before the Trust came into being, you might have seen a group of tweed-clad chaps taking the same walk along the fields and ridges above the Coln. One, a burly, red-faced, jolly sort, would be telling the other he needed to stop dithering along the path — and then hurry up and finish his confounded novel.

The walkers were C. S. Lewis and J. R. R. Tolkien. In 1945, Tolkien was taking forever to finish The Lord of the Rings, despite the urging and encouragement of his friend of 20 years, C. S. Lewis. Lewis himself was about to embark on his Chronicles Of Narnia. It was the winter of 1945. They’d travelled with a group of friends from Oxford, where both were dons, to have a ‘Victory Dinner’ at The Bull Inn in Fairford to mark the end of World War II, and spend a few days on their passions: beer and talking.

Fairford, a pretty town whose wool-manufacturing heyday was long gone, had been transformed by the war. An airbase had been built there in late 1944 to support the reconquest of Nazi Europe.

In 1949, a camp for Polish refugees and servicemen was erected on Leafield Road. It would house 1,000 people until 1958. Alicja Swiatek Christofides was born in the camp: thanks to her efforts, there is a plaque marking the site.

But Tolkien and Lewis, deeply religious men, were probably more interested in the stained glass windows at St Mary’s Church — some say, the most intact examples from the Middle Ages anywhere in England.

The Bull stands still: every inch the fine coaching inn that has served thirsty travellers on their way between London and Bath since the 15th century. It has comfortable rooms and solid grub, though I can guess what Lewis, Tolkien and their friends would have made of the piped music and cloudy beer.

Instead, these beery, talkative chaps found pub heaven at the other end of the Ernest Cook path in Quenington at The Pig and Whistle. Alas, it closed in 1954.

You can tell by looking at the pubs and houses of these east Cotswolds villages how much outside money is now sloshing around the place. The influence of nearby Lady Bamford’s super-luxe organic farm is everywhere; and more than a few empty tins of Farrow & Ball’s paint have made their way into the recycling bins.

It means these beautiful villages have been lovingly preserved and the Lewis and Tolkien connection makes Fairford extra special.