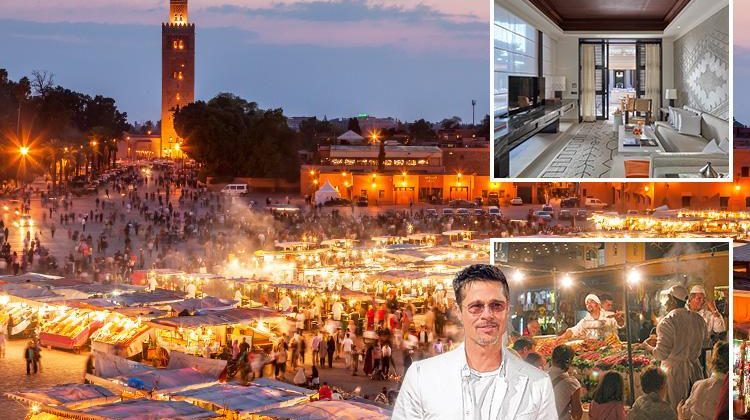 Brad Pitt turned up at the luxury Riad Kniza restaurant, in the walled old town, wearing a traditional robe. Eddie Redmayne charmed staff at the Yves Saint Laurent Museum with his cheeriness and perfect manners.

But the best tale I heard on my three-day visit was about Leonardo DiCaprio.

He recently arrived at the Selman Marrakech hotel, at night, and demanded a private horse show to entertain his two female pals.
The lead performer was woken and rushed to the lavish oasis at the foot of the Atlas Mountains to oblige. 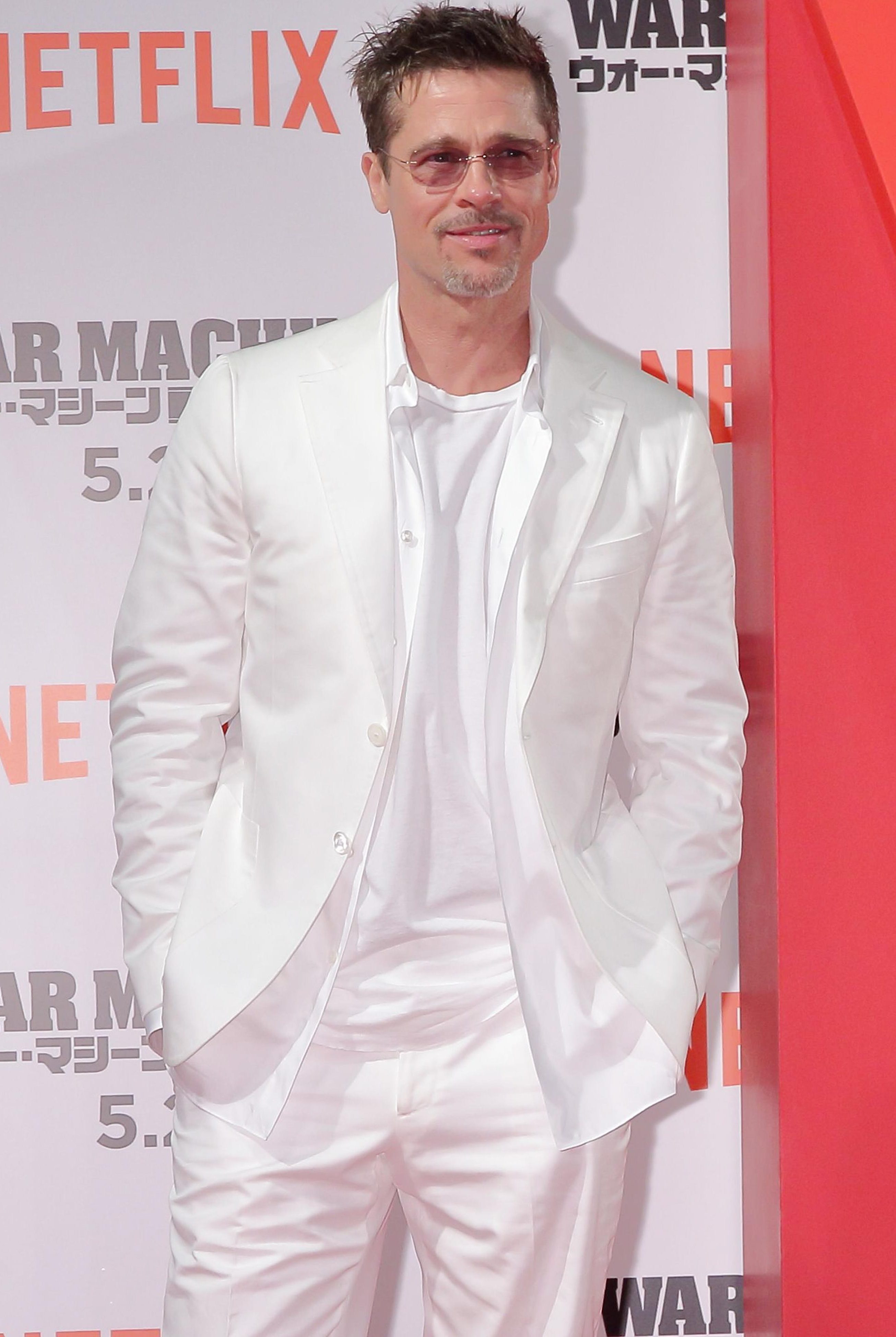 One reason Hollywood stars flock to Marrakech is they are treated like royals and a 20 per cent cash rebate is offered to anyone shooting a movie in the country.

Tom Hanks and Jennifer Aniston recently filmed there and season six of Homeland was shot in the city of Ouarzazate.

Another draw for A-listers is that there is something very Hollywood about the city — a surreal mix of Indiana Jones and James Bond films.

The blend of European and Middle Eastern culture has in recent years turned this into North Africa’s version of Ibiza — a glam retreat for such names as David Beckham, Ronaldo, Tom Cruise and Nicole Kidman. 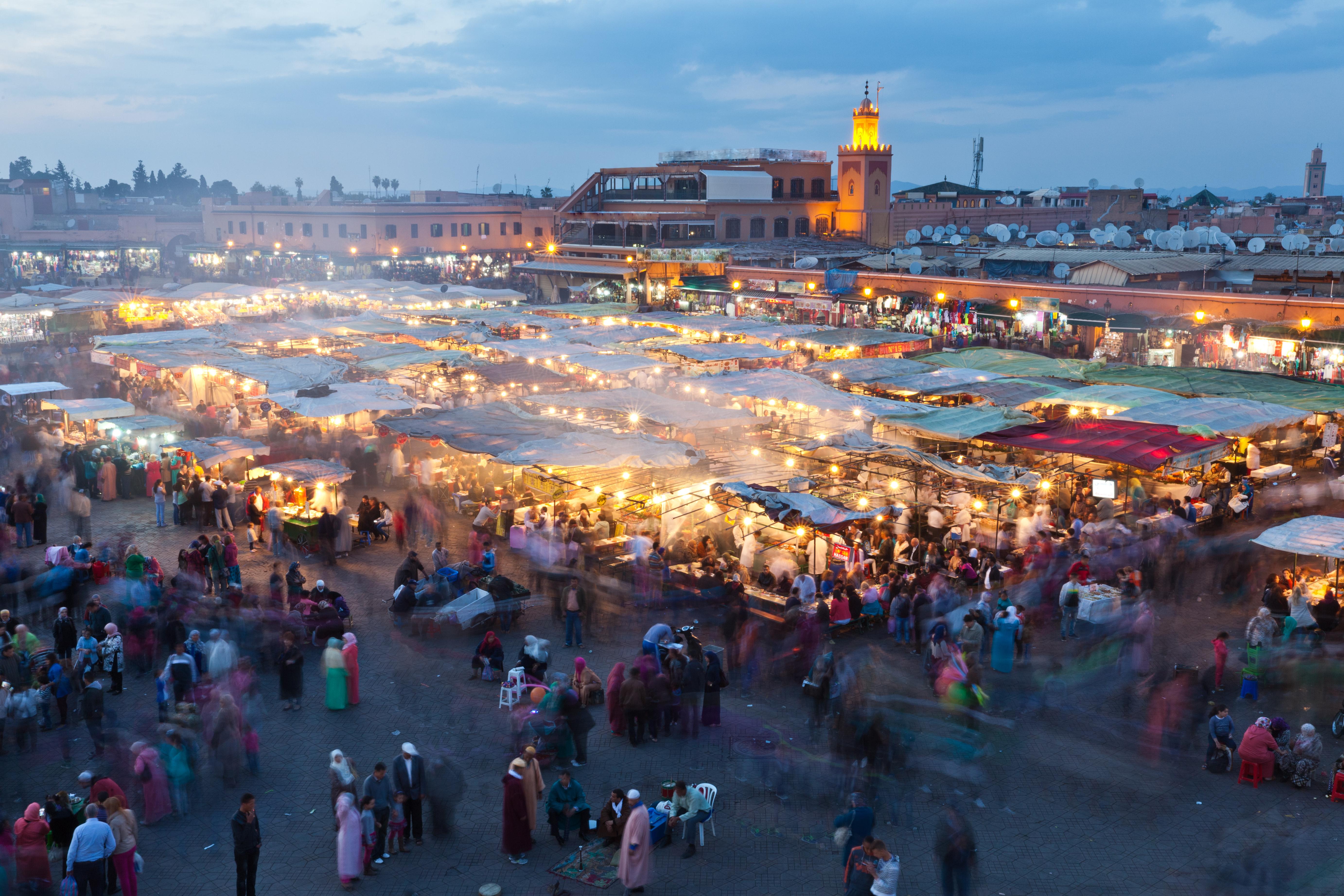 But you don’t need an A-lister budget to enjoy the city — play your cards right and you will find it to be a bargain.

Fares start at £144 return — and at about three hours, this is probably the shortest flight from London for genuine cultural adventure.

There has been luxury hotel boom in Marrakech but shop around and you can find a riad, or guesthouse, with a beautifully decorated courtyard and rooms for less than £50 a night. 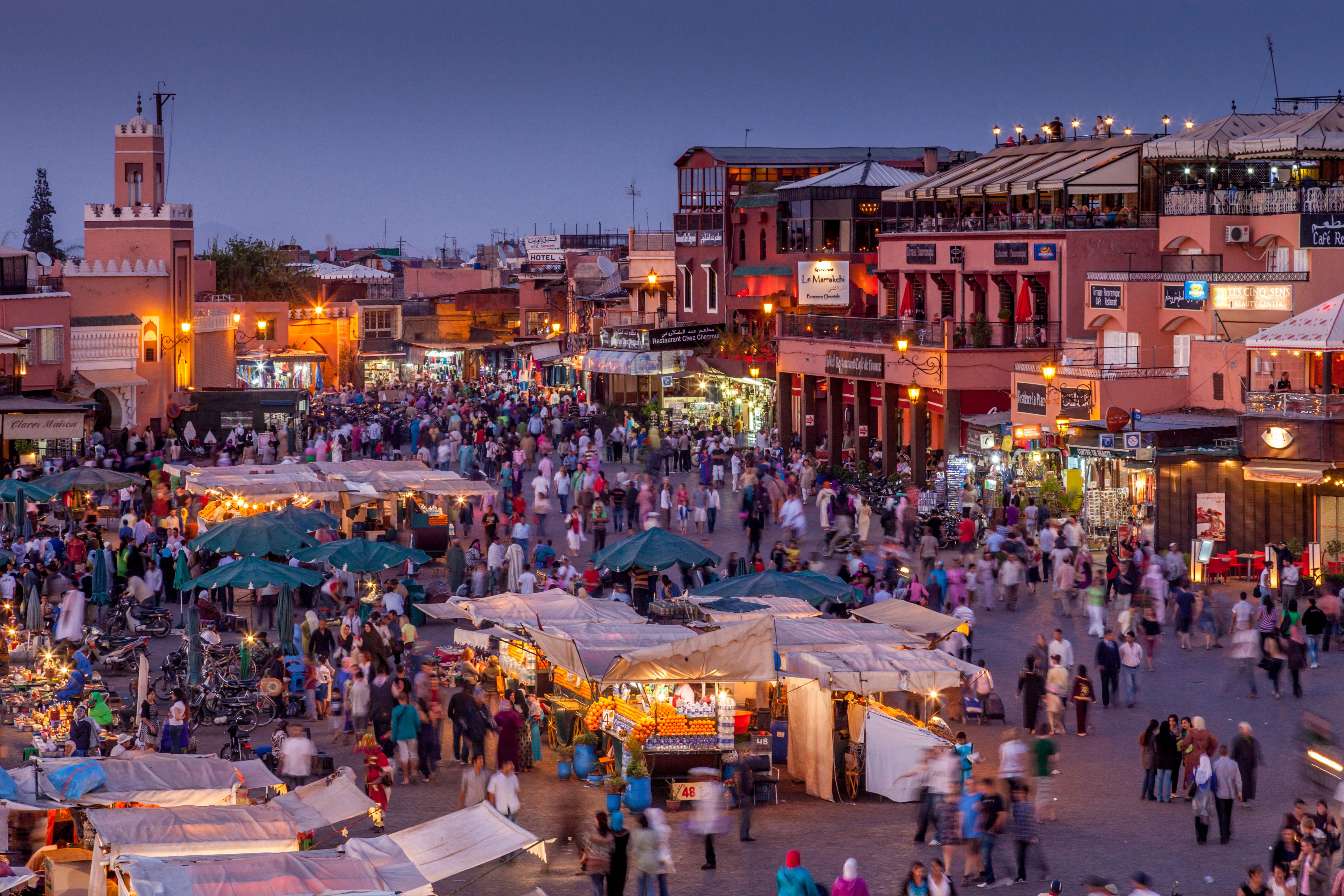 Head into the city’s bustling Jemaa el-Fnaa square and get an al fresco meal for £3 a head.

The outdoor restaurants here are basic and the sheep’s head speciality, and snails, are not for the squeamish but we saw lots of Western tourists chowing down on the delicious breads and meze-style dishes.

Café Glace restaurant is a top spot from which to view the magical scenes, and horse-and-cart rides are just £7 an hour. 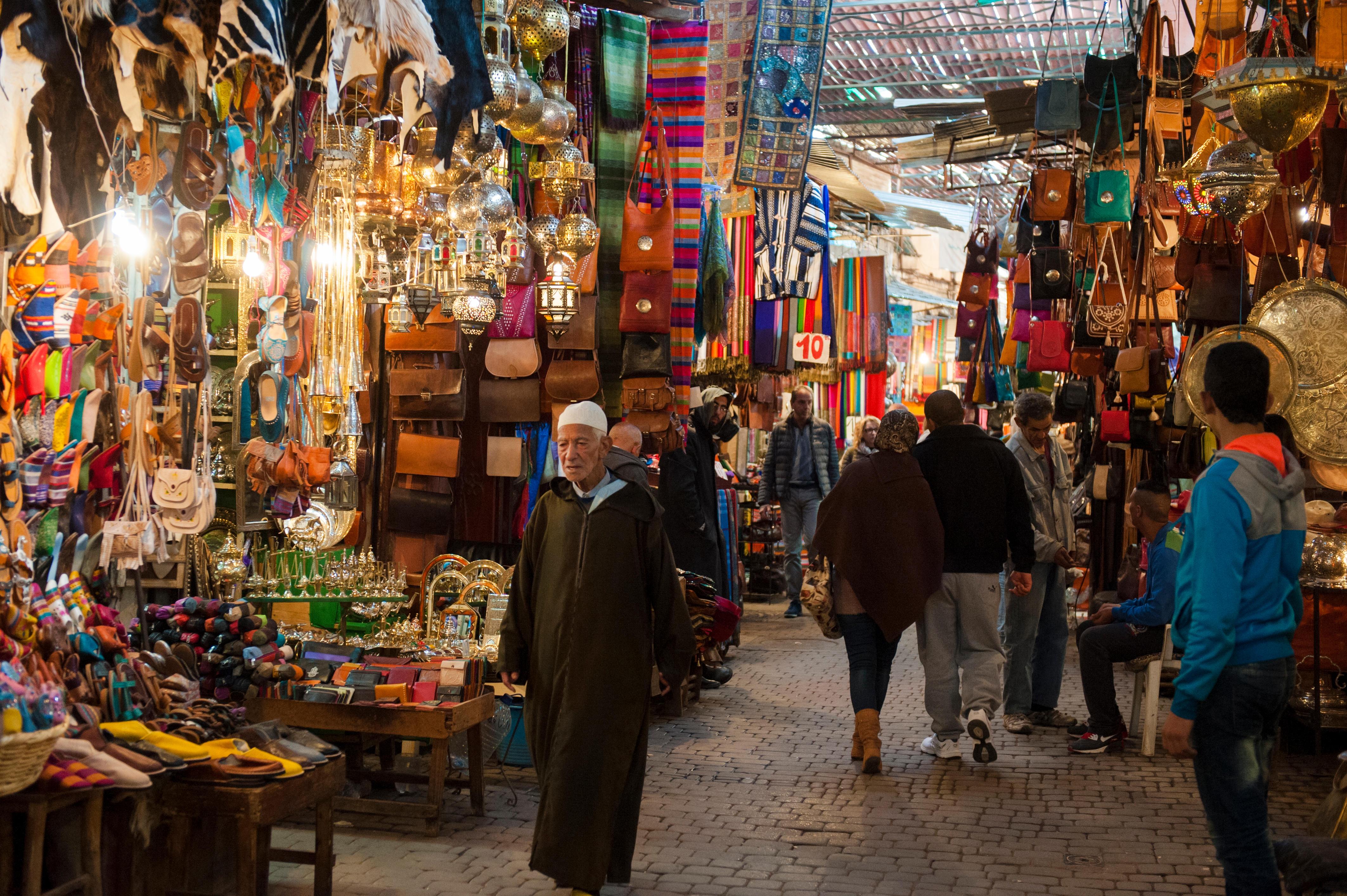 The old town’s bustling souks are another treat and the handmade goods are unlike usual tourist tat. A guide is handy to negotiate the maze of narrow, red-walled streets.

But I found the artisans who create the intricate wrought-iron lamps, copper trinkets and high-quality leather goods were friendly as long as you didn’t try to take their picture without permission.

Braver tourists can try a hammam, or Moroccan massage. This involves being covered in black soap then scrubbed from top to bottom with a scourer before being hosed down.

You will never feel cleaner and the public hammams where locals gather to gossip cost just five quid. 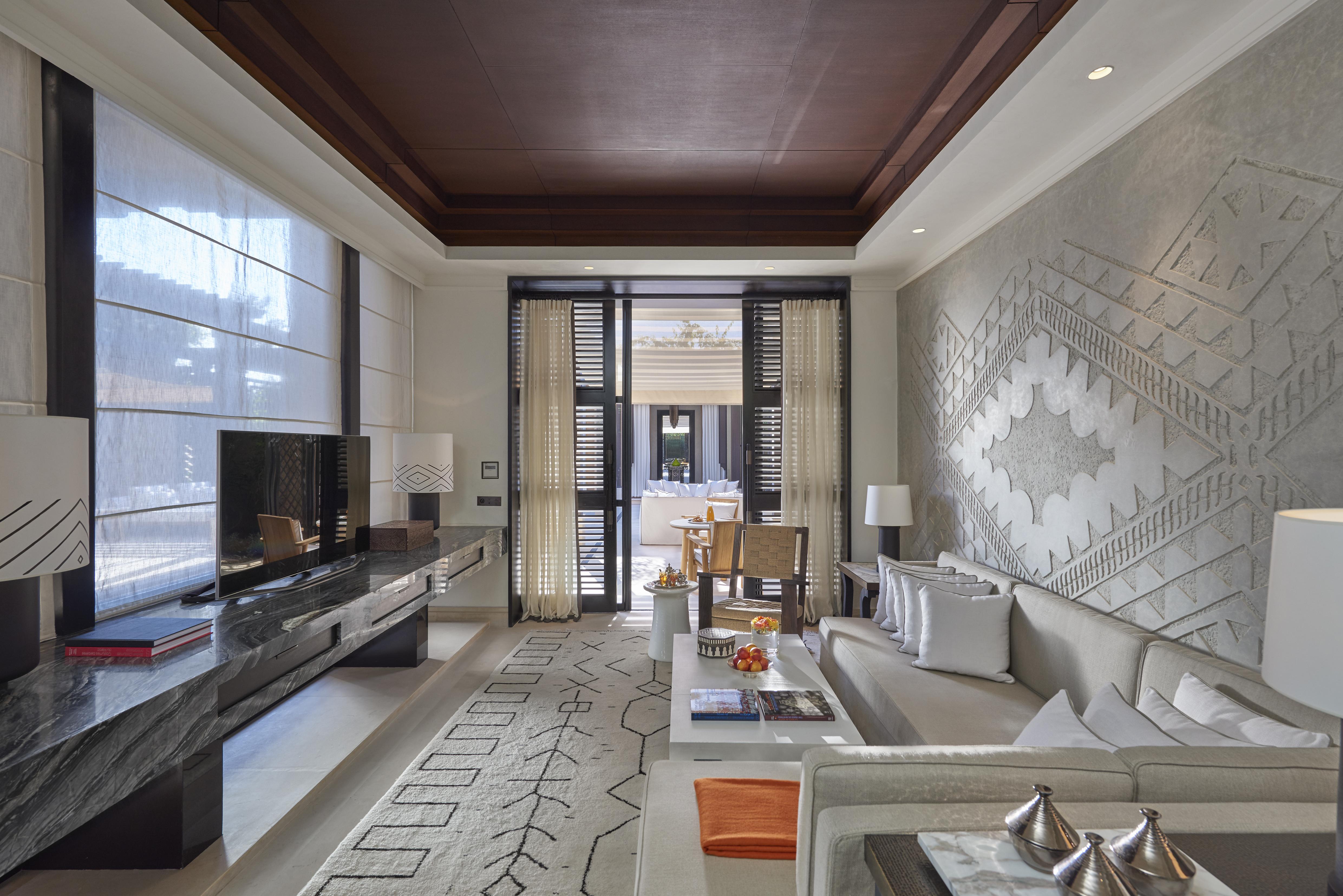 Tour firm Travel Link offers trips to outlying mud-hut villages where you can enjoy a slow-cooked tagine of meat and veg, and sweet mint tea, prepared by a Berber family.

In contrast, in Marrakech’s trendy new town, where French is the most popular language, the art-deco hotels lit by pink neon lights have turned this into a Middle Eastern Miami.

With a casino, and a huge number of nightclubs, it would make for a great stag or hen destination — but with a beer costing around £8, the entertainment is not cheap.

If you really want to splash out, Le Palace restaurant is like the set of a film noir, with stylishly dressed waitresses, candlelit tables and some of the finest European cuisine. 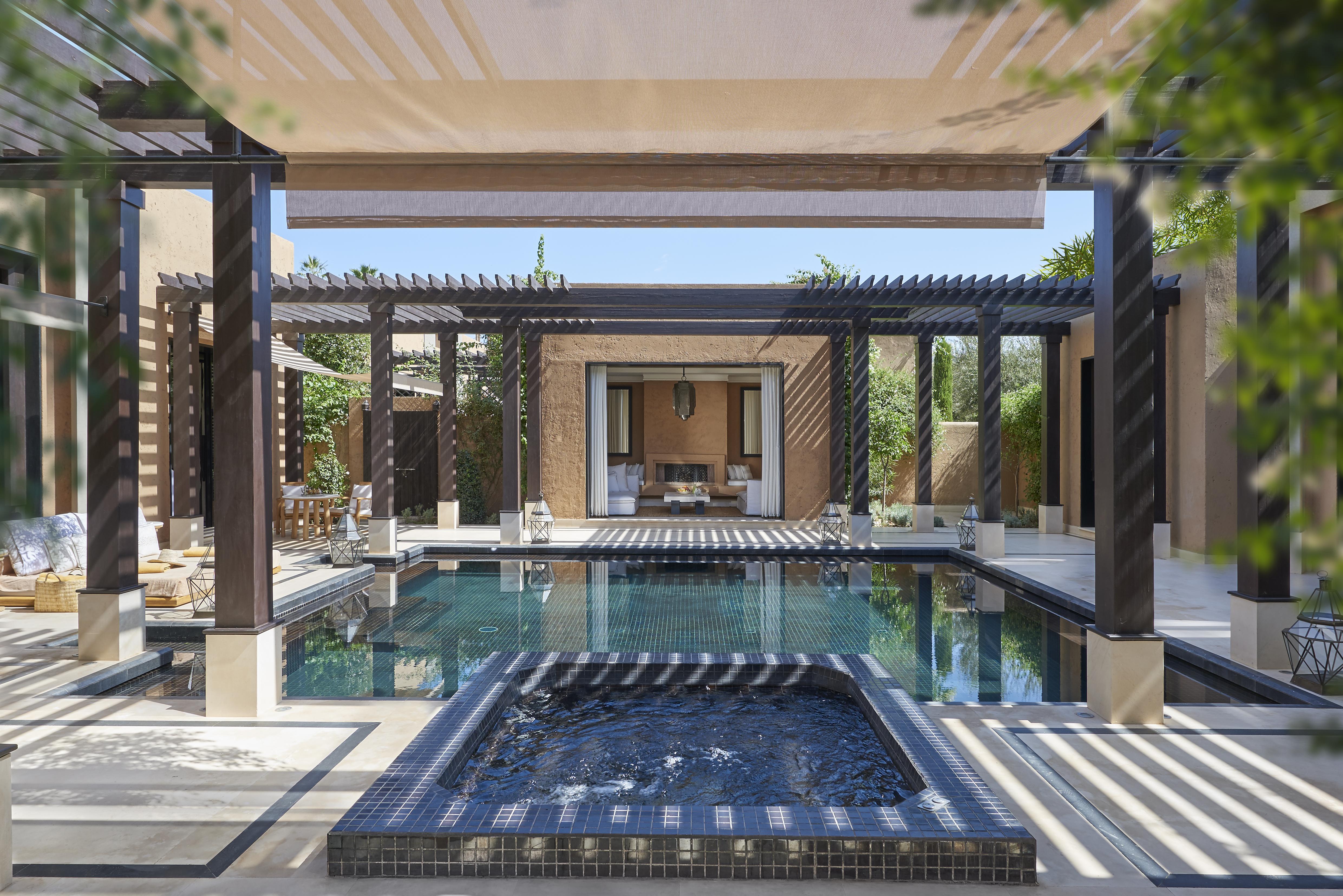 If you do have an A-lister’s budget, stay at the Mandarin Oriental.

Villas here, with their ornate, Berber-inspired interiors, are up to £1,000 a night. Mere mortals can still enjoy its high life though — call in for a drink to soak up all the atmosphere.

Marvellous Marrakech may be a celebrity playground but we can all join the party.

GETTING THERE: BA has launched a new four-flights-a-week service from Heathrow to Marrakech for winter 2018/19. The airline also flies from Gatwick eight times a week. Return fares are from £144. See ba.com/marrakech.