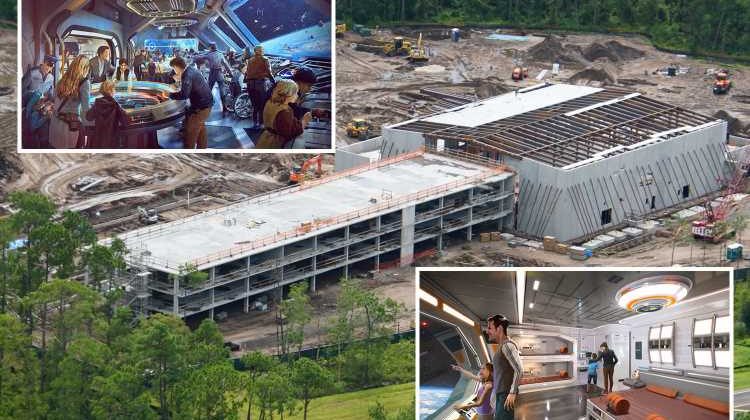 DISNEY have revealed their first Star Wars hotel to open in the new Galaxy's Edge attraction in Florida.

Called Star Wars: Galactic Starcruiser, the hotel will allow guests to act out their own immersive storyline with other guests and cast members. 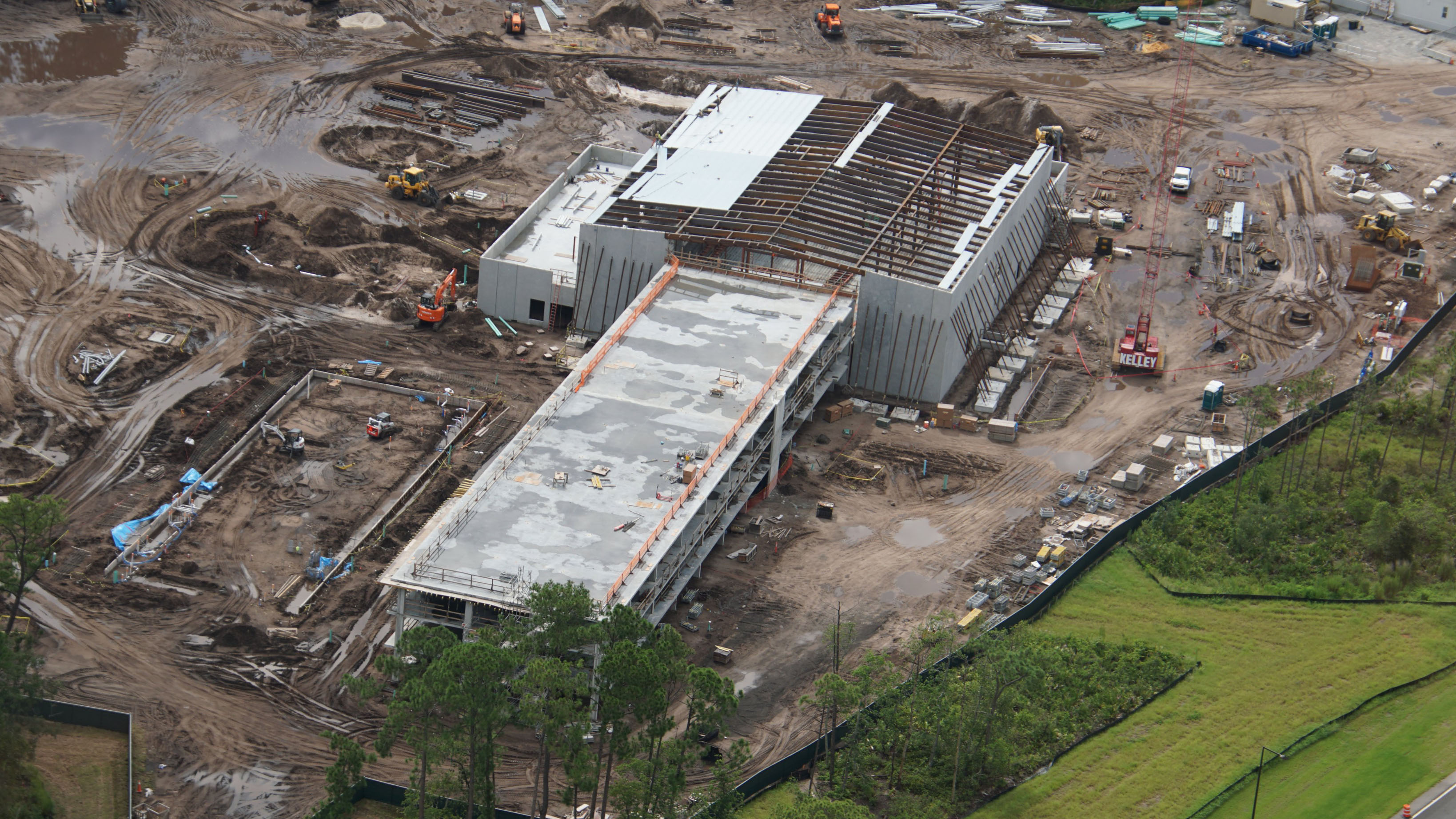 The new hotel, revealed at the D23 Expo in in California, will allow guests to stay between two nights and three days at the hotel.

It is currently being built behind the new Star Wars: Galaxy's Edge land in Florida.

During this time, visitors will be given a full wardrobe as well as a back story to their character.

They will then be able to meet and learn more about other characters in the ship as "guests will interact with characters and become active participants in stories that unfold around them on their galactic journey".

Cast members will remain in character at all times and according to Disney. 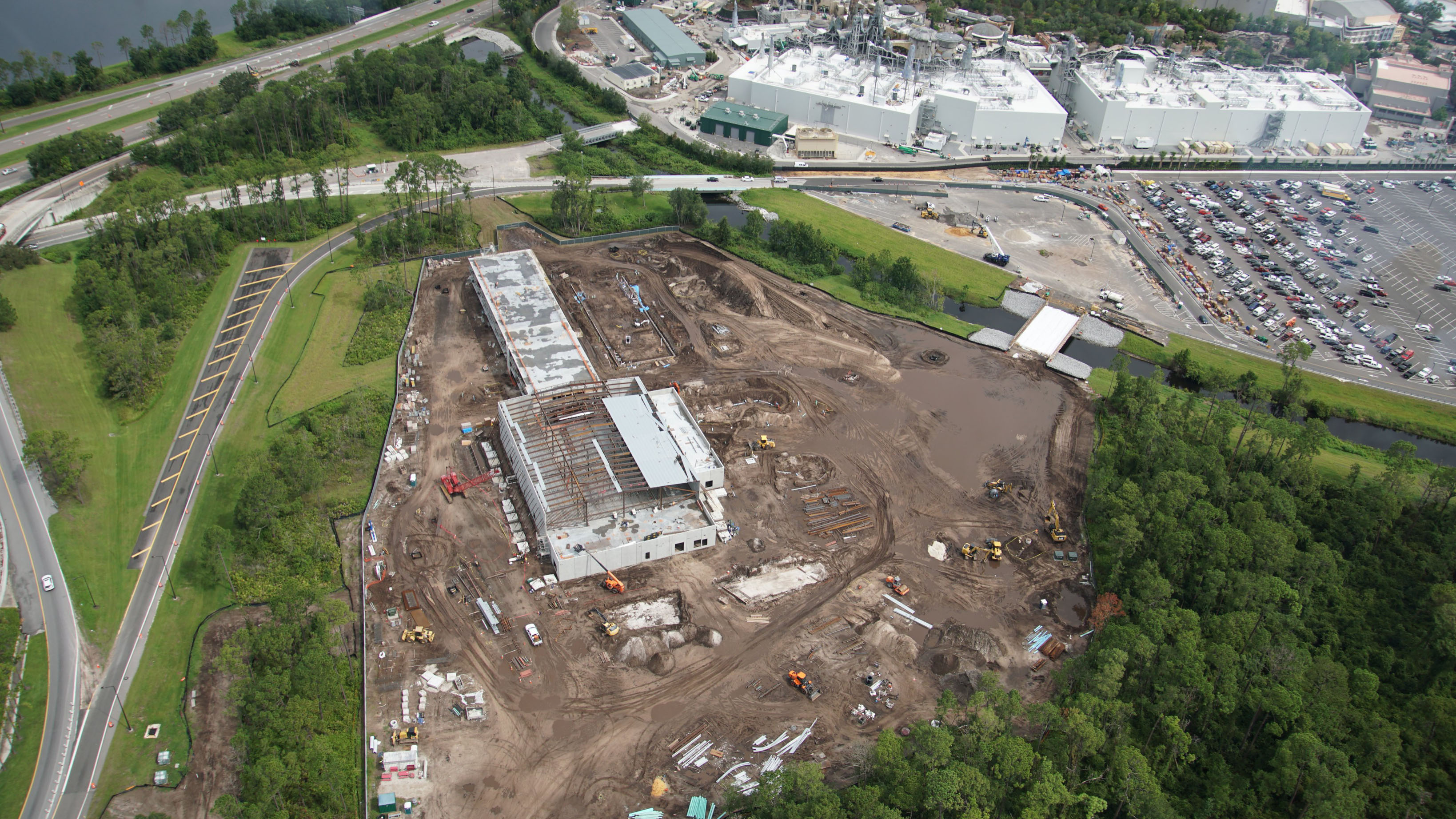 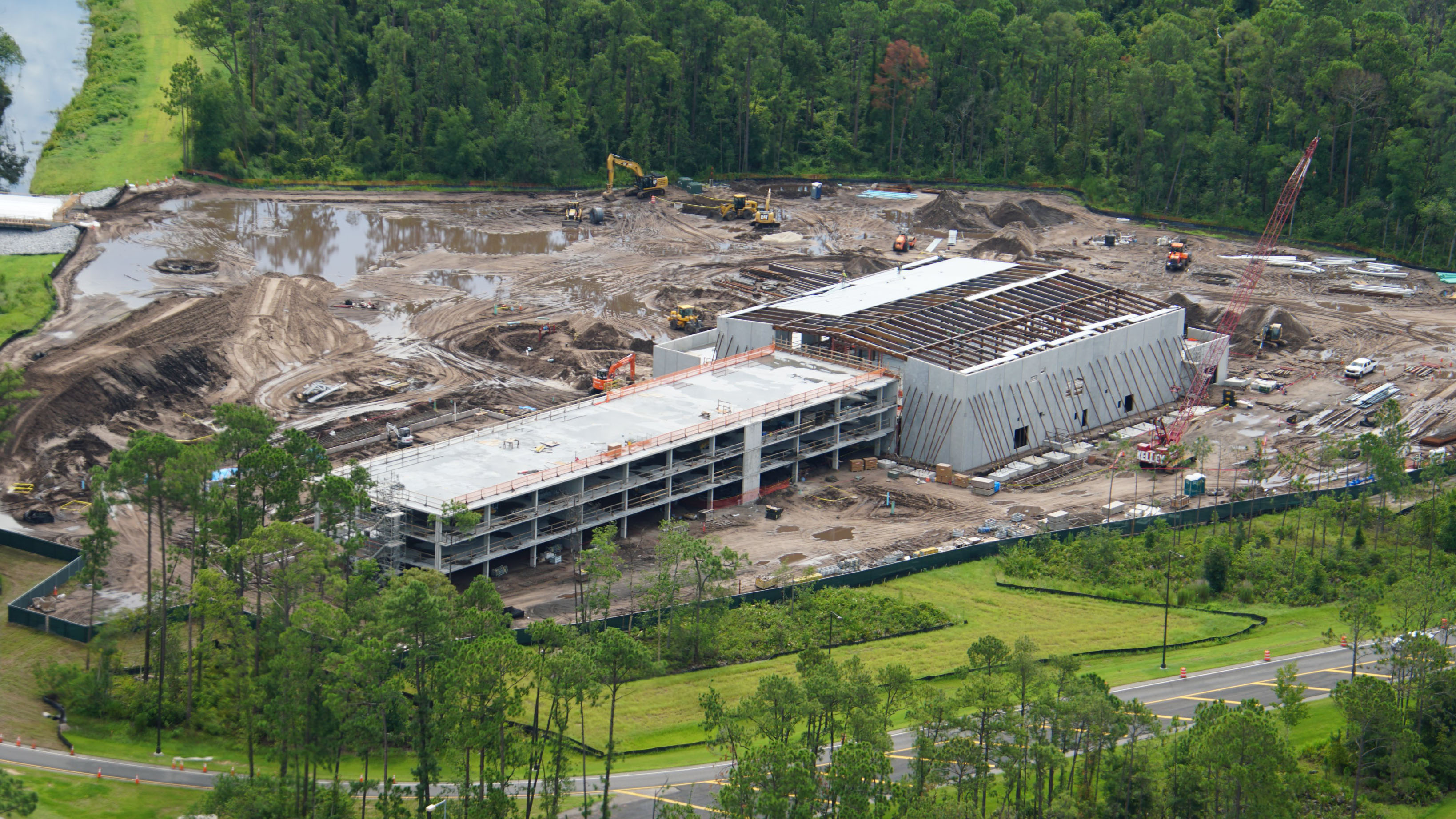 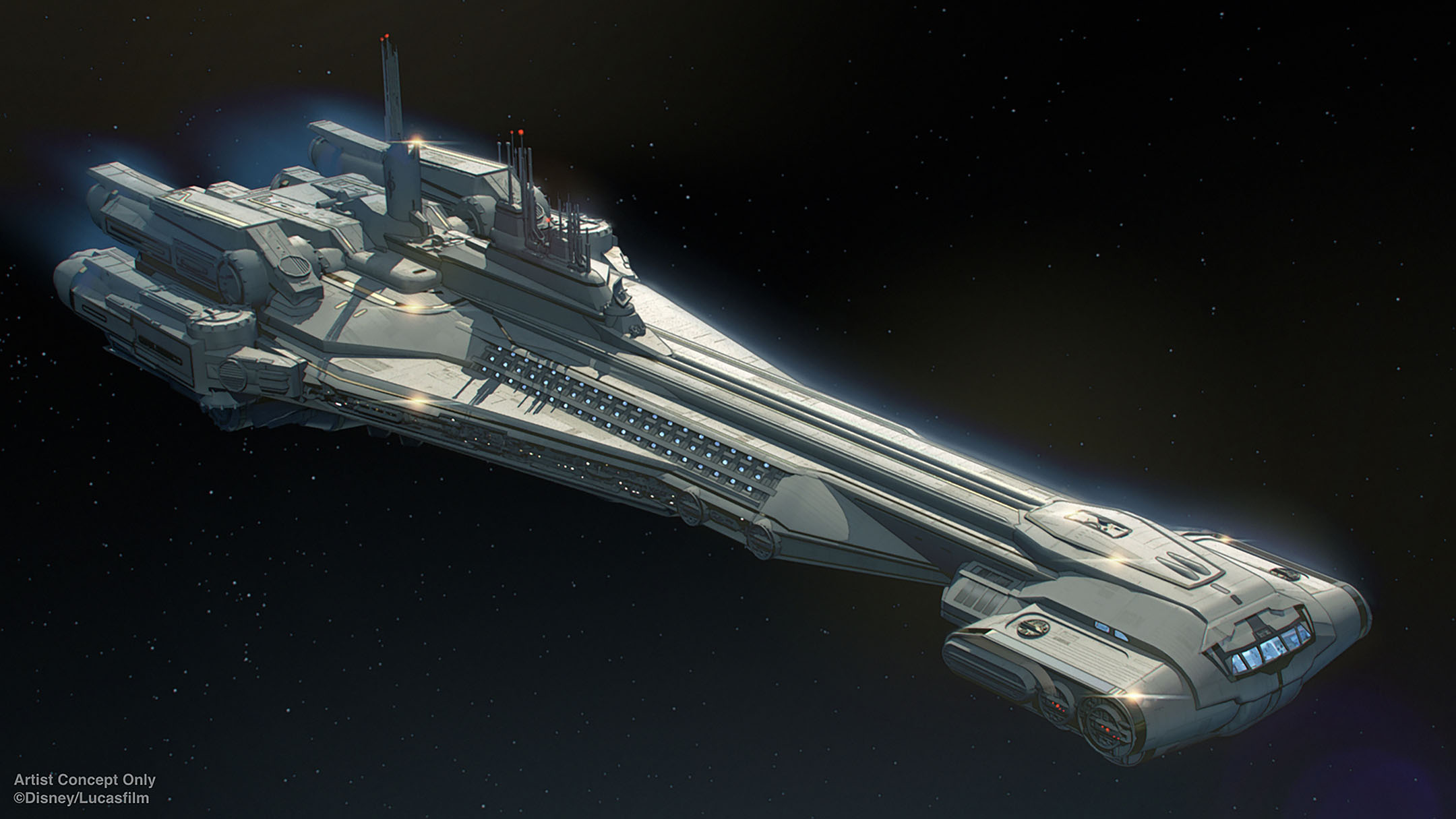 Images show the concept behind the ship, called the Halcyon.

The Halcyon is part of the Chandrila Star Line – the home of Kylo Ren.

The hotel will have 32 regular cabins and two first-class cabins per floor, with rooms for up to five people.

However, the rooms don't come cheap. 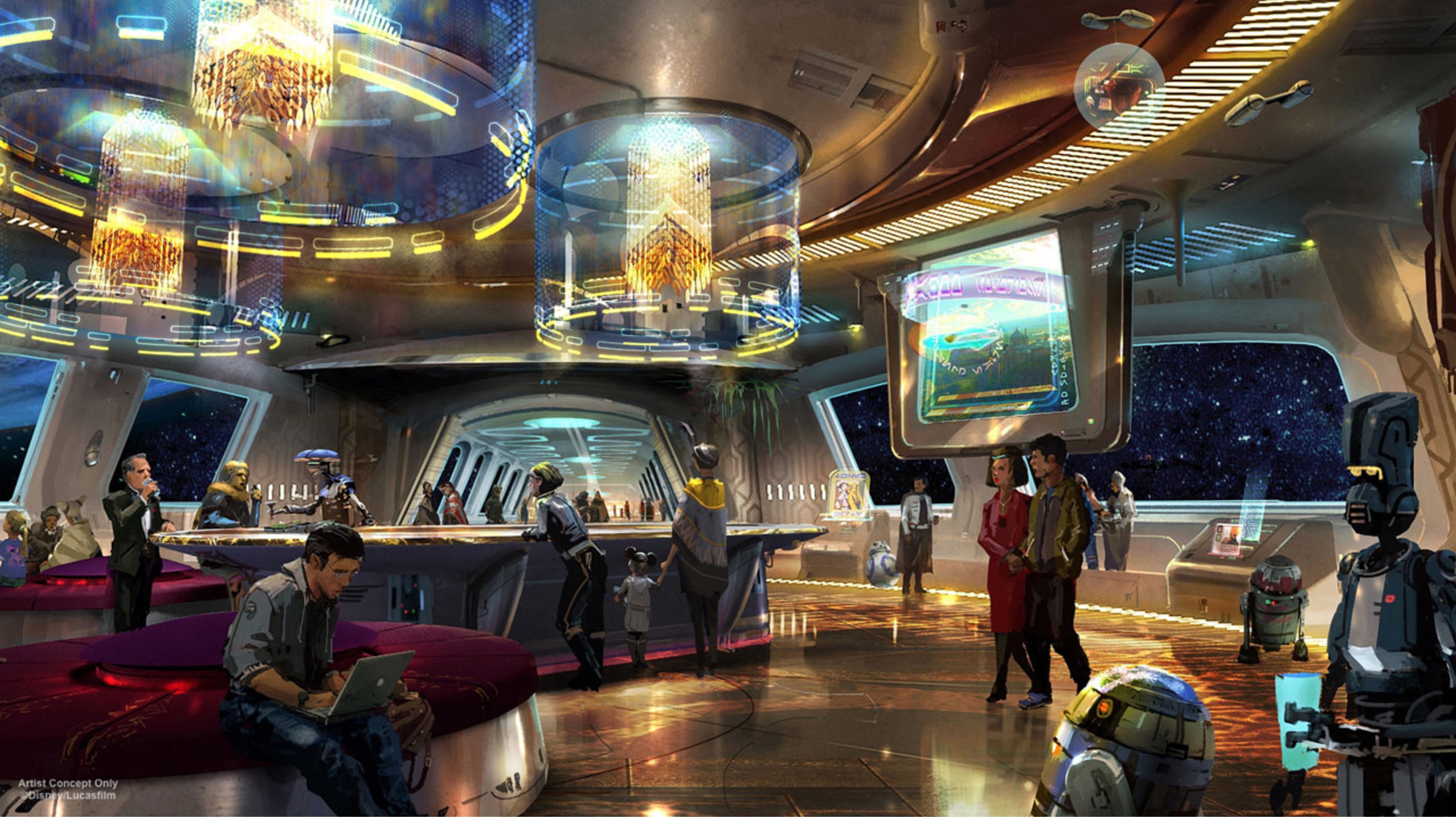 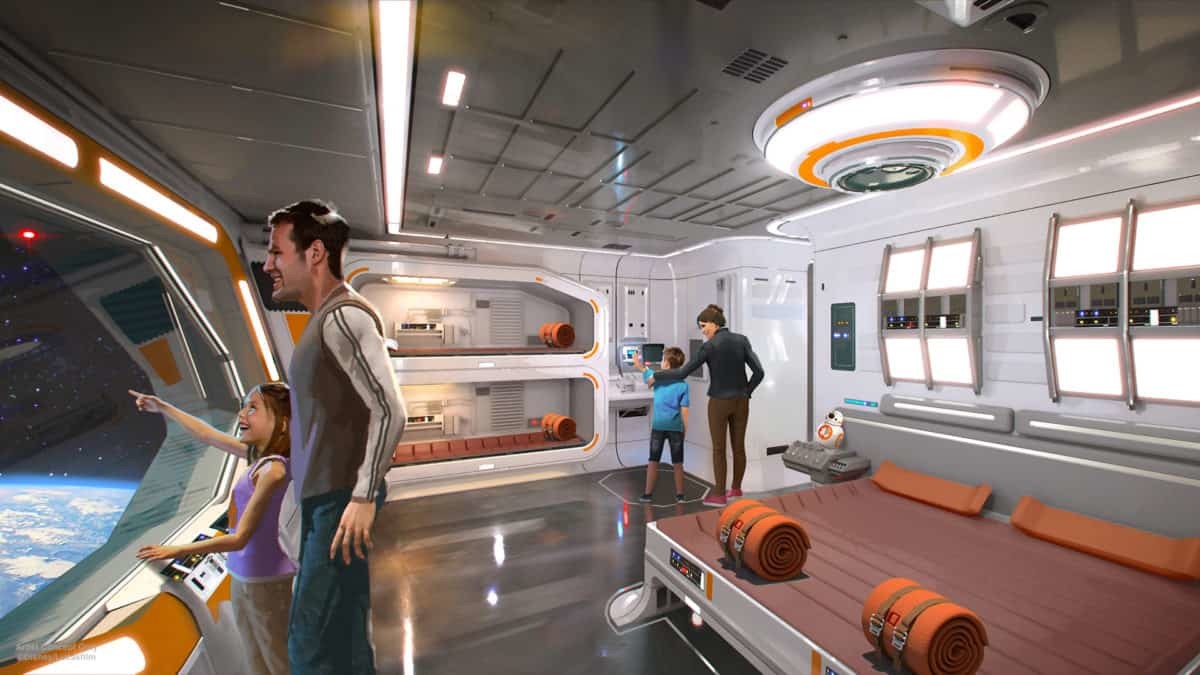 For a family of five staying up three days would pay around $480 (£400) per day – making it not the cheapest option.

A spokesperson said: "This ground-breaking experience is unlike any resort experience you’ve ever seen.

"From the moment you board your launch pod, it’s a fully immersive, multi-day Star Wars adventure aboard a luxury starship complete with high-end dining, space-view cabins and all of the exciting action you would expect from an authentic Star Wars experience." 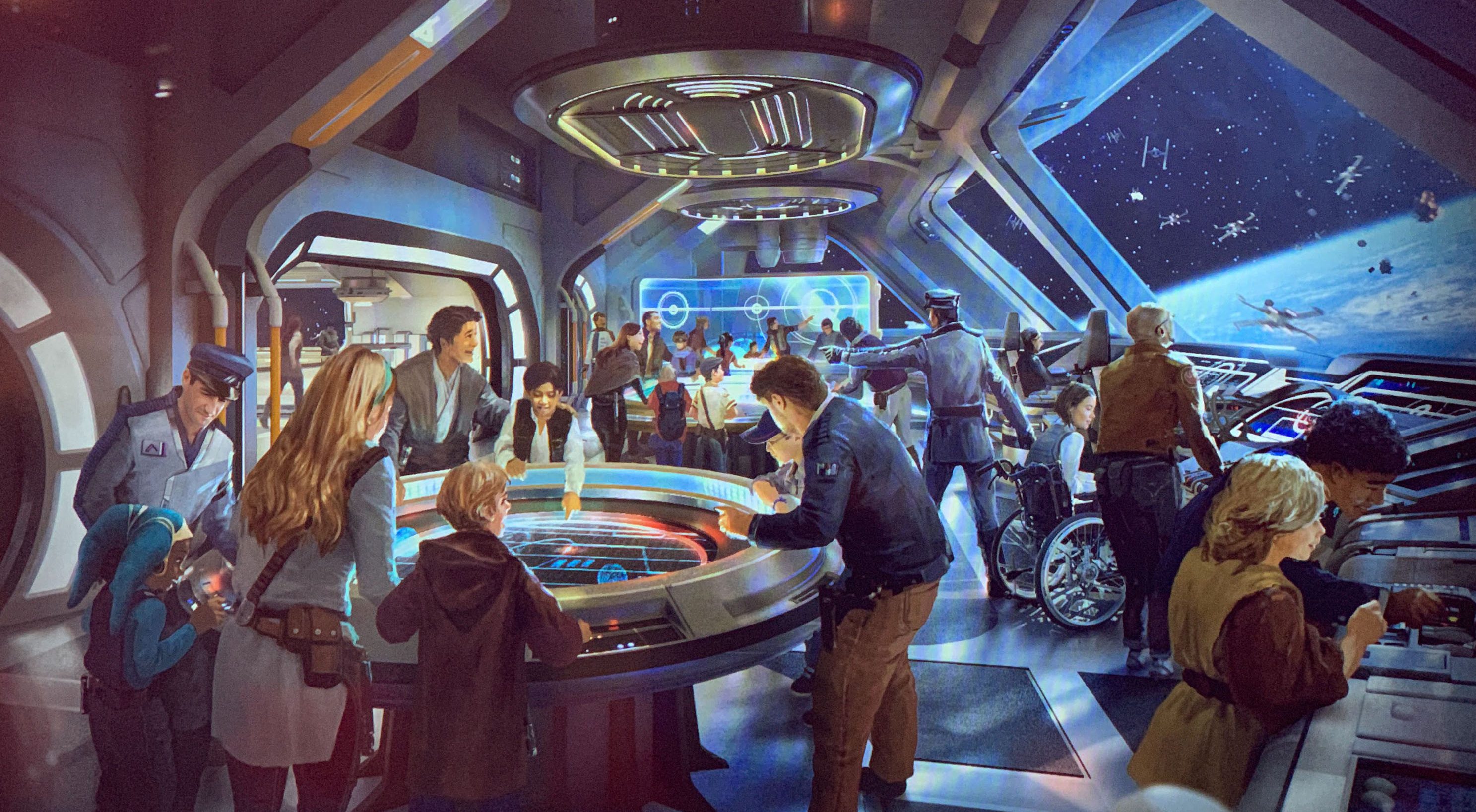 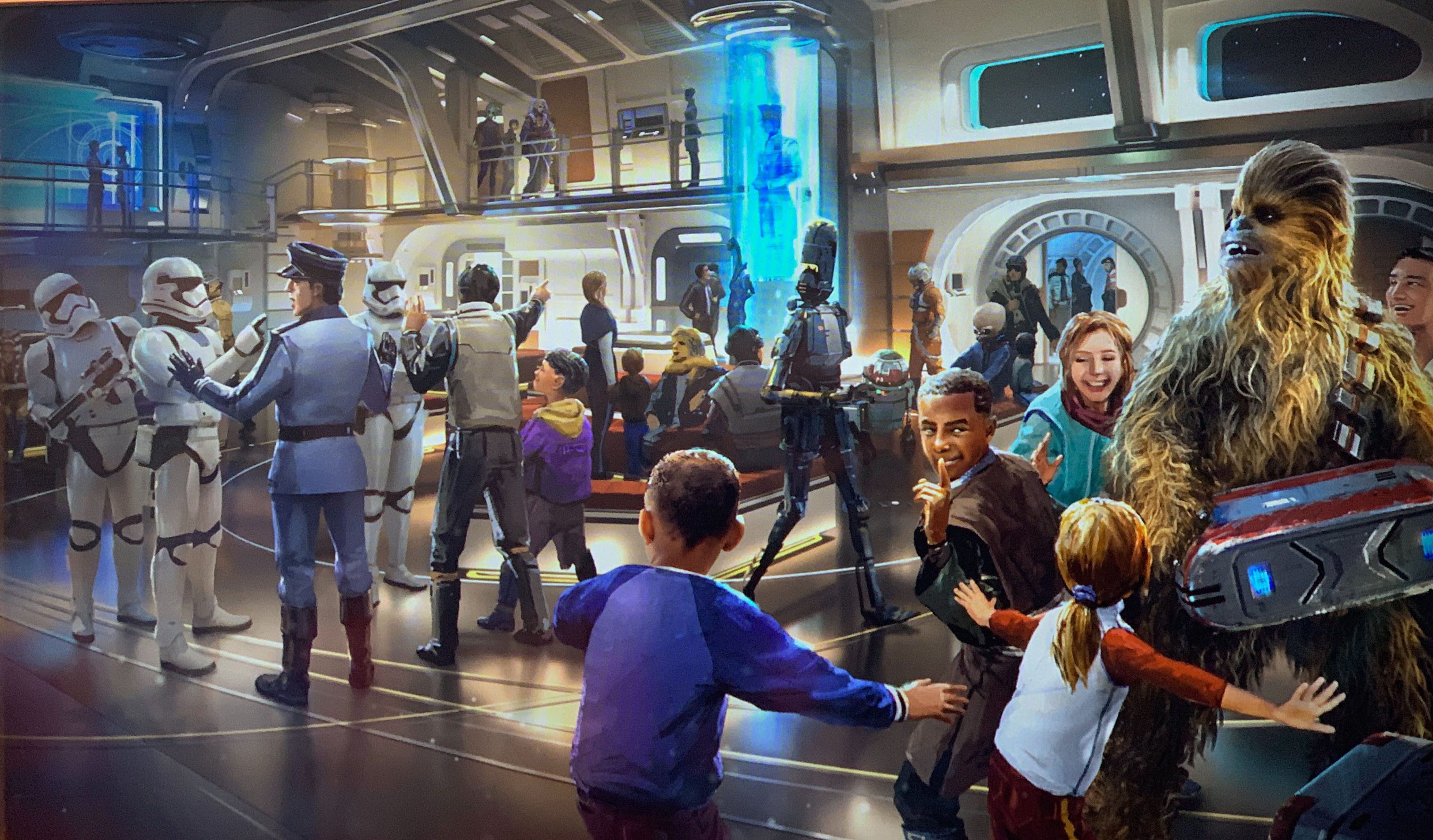 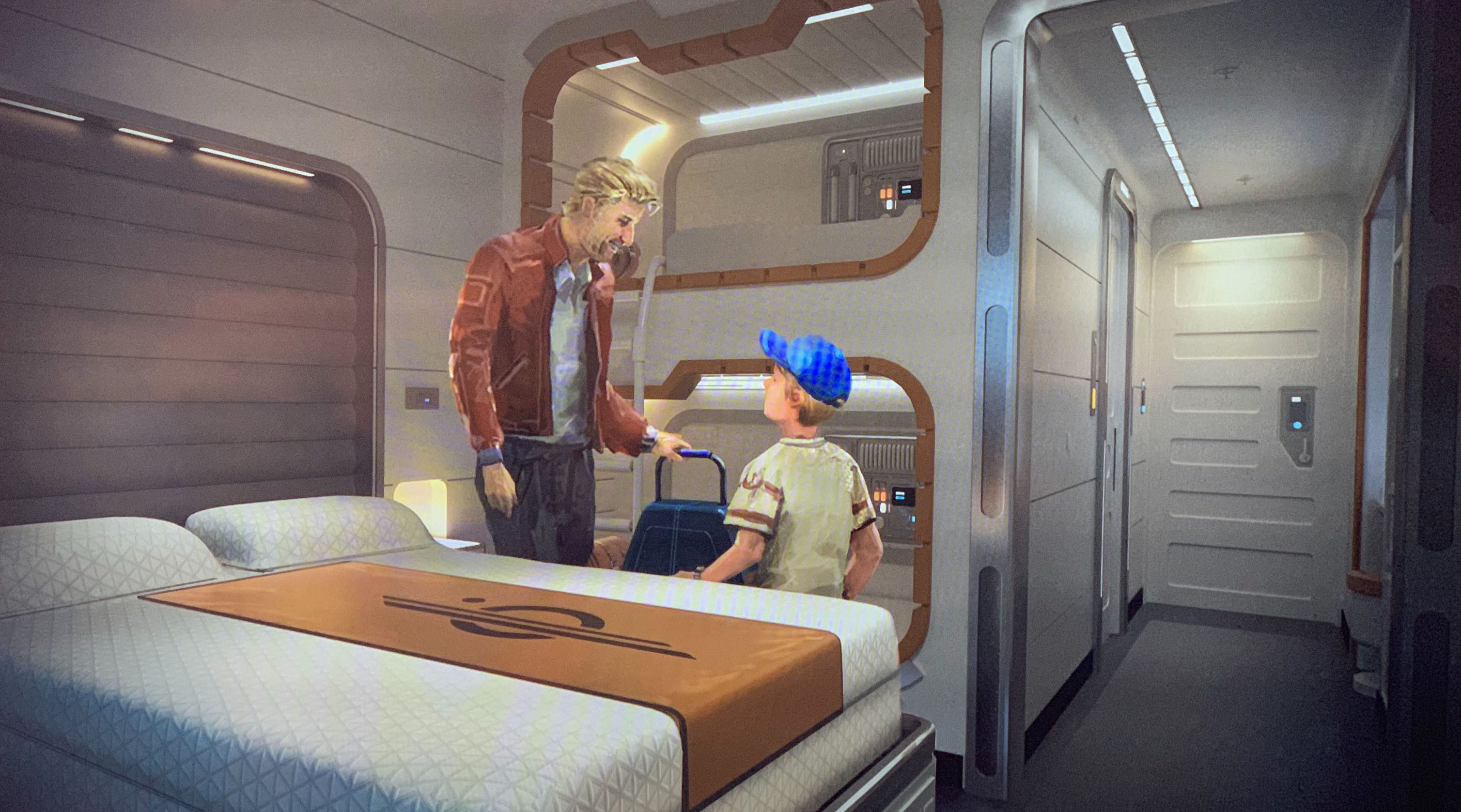 Several details revealed last year suggested it will be built on the south side of Disney’s Hollywood Studios.

To add to the feeling, every cabin window in the lobby, restaurants and bedrooms will have views of space.

he experience will touch every single minute of a person’s day, as guests are each given their own storyline to act out during their stay.

The hotel will also be connected to Star Wars: Galaxy’s Edge land at Disney’s Hollywood Studios, so guests can "build a reputation" at the park that will also follow them back to the hotel.

Sun Online Travel tried out the new Star Wars: Galaxy's Edge attraction in California when it opened earlier this year.

Star Wars: Galaxy Edge in Florida is to open later this month.