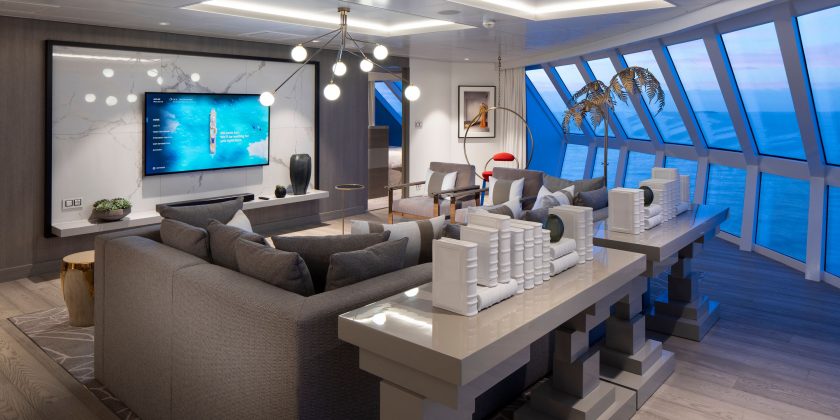 FORT LAUDERDALE, Fla. — Want to see how the other half lives when sailing the world’s oceans? Scroll through the carousel on this page, which offers a first look at the mega-suites on Celebrity Edge — the first new Celebrity Cruises ship in six years.

As can be seen in the photos, Edge features some of the most spectacular suites at sea, including the line’s first two-deck-high suite complexes. Called Edge Villas, they measure nearly 1,000 square feet and come with private access to a deck-top lounge area called The Retreat.

USA TODAY Cruise over the weekend got exclusive early access to Edge in advance of its first voyage with paying passengers, and we’re posting our first photos here at USA TODAY’s Cruise hub and at our Twitter page.

Edge is the prototype for an innovative new series of ships at Celebrity called the Edge Class. Designed using 3D imaging technology, the vessel features cabins that are open to the sea in a way that has never been seen before in ocean cruising. It also boasts public spaces designed by some of the world’s best-known architects and designers, including Patricia Urquiola and Kelly Hoppen.