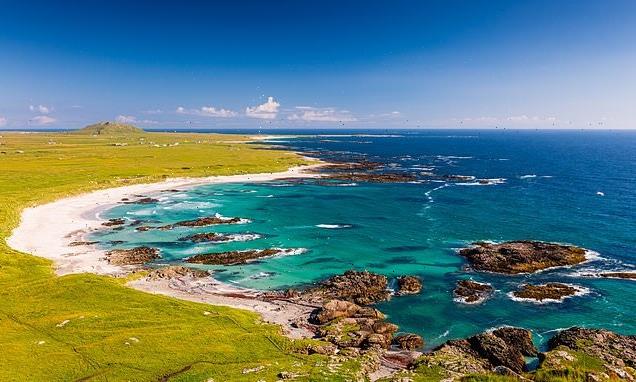 Hawaii of the North: This secret far-flung Scottish island has seals, surfing, spectacular beaches – and buckets of sunshine

Happening upon one of Tiree’s wide, white-sand beaches rouses the same feelings as when humans unexpectedly exhibit lovely smiles — joy and awe.

Tiree (‘tie-ree’) is the most westerly island of Scotland’s Inner Hebrides, with no land between here and Canada. It’s just over 30 square miles in size and populated by just 650 people.

Yet much distraction awaits. There are established surfing and windsurfing scenes in this ‘Hawaii of the North’. Visitors can also paddleboard in calmer coves. 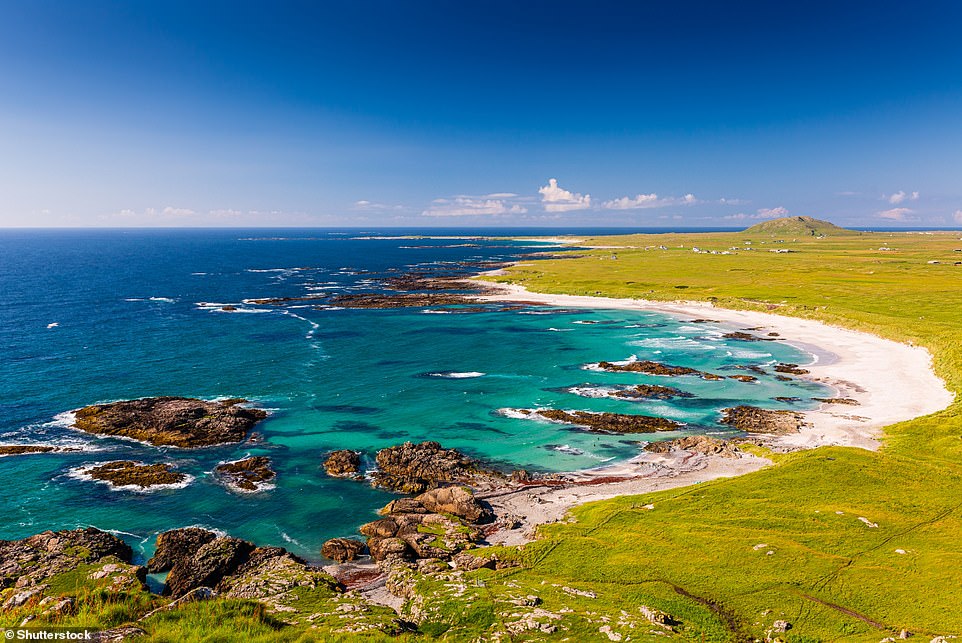 Exotic: Richard Mellor travels to the Isle of Tiree (pictured), the most westerly island of Scotland’s Inner Hebrides 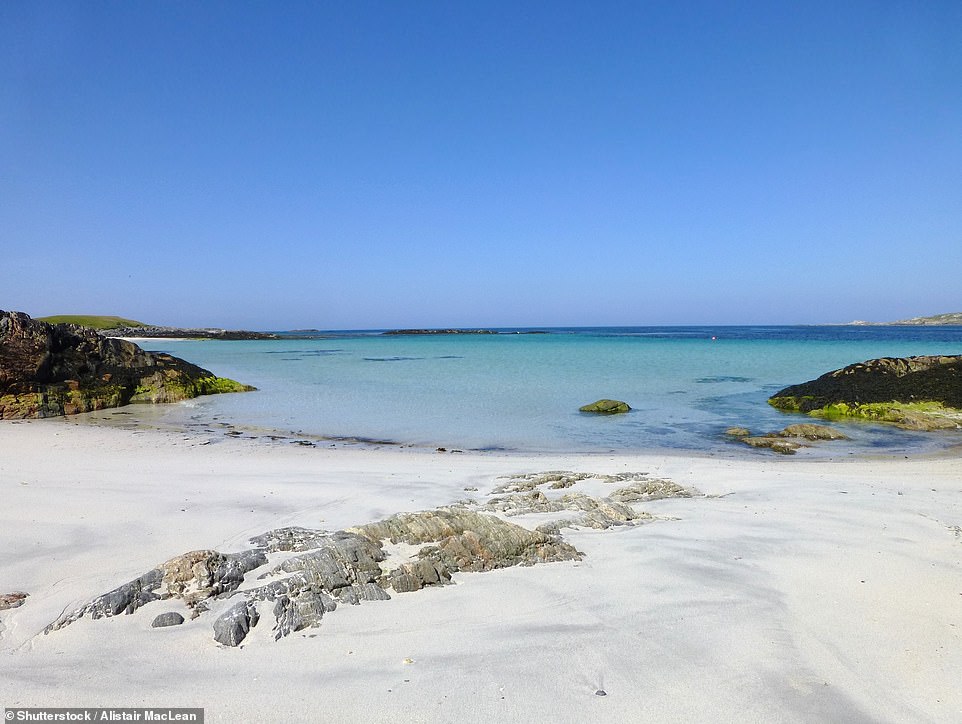 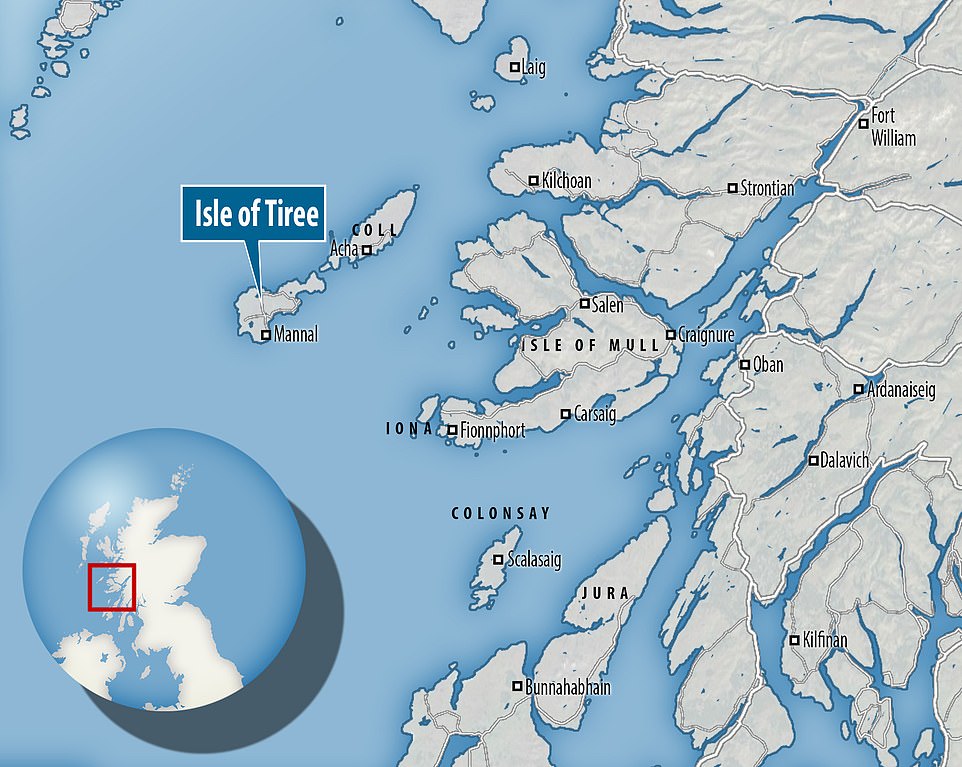 Far out: There’s no land between the Isle of Tiree and Canada, reveals Richard

Alas, an Atlantic squall forces the cancellation of my outing. Instead, I rent a bike (from £20 per day, tireefitness.co.uk). With traffic-light roads and few substantial hills, two-wheeling around seemed like it would be a doddle. But the firm’s thirtysomething founder Will Wright sounds a note of caution.

‘Do you ride regularly?’ he asks.

A bit tiring? Try exhausting. Stand still, and Tiree’s winds merely nag at sleeves; cycle into one, however, and iron-thighed stoicism is required. Nonetheless, Tiree has a mild climate, with more sunshine than almost anywhere else in the UK. 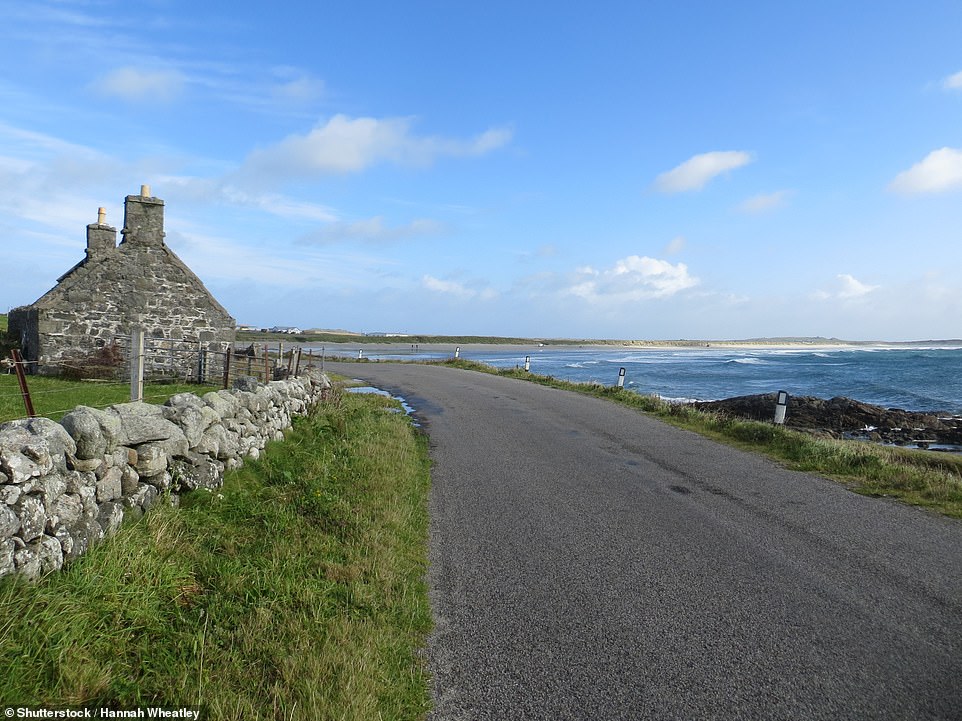 Richard rents a bicycle from tireefitness.co.uk and finds that the strong wind means ‘iron-thighed stoicism’ is required to make progress 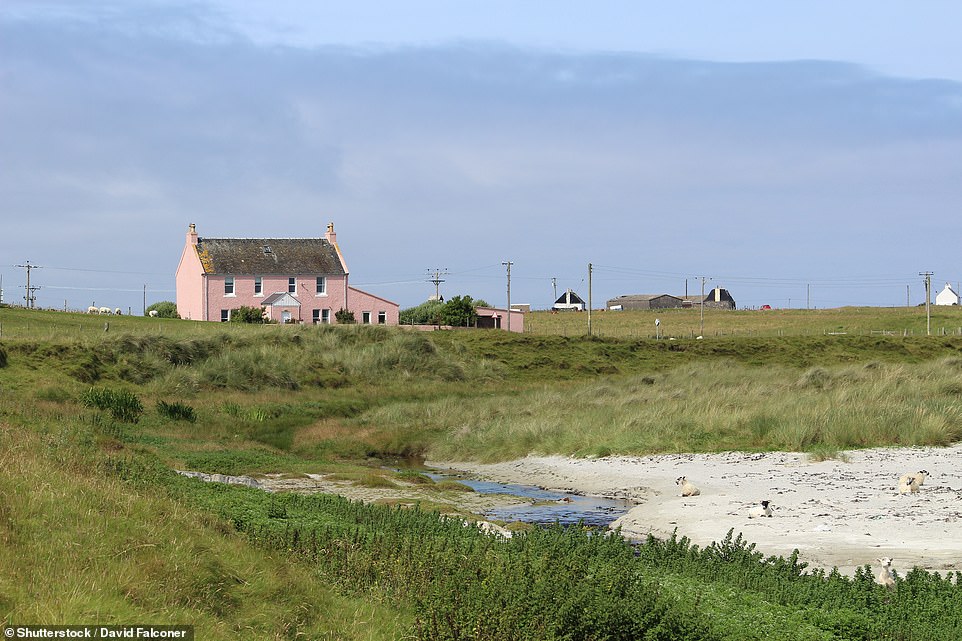 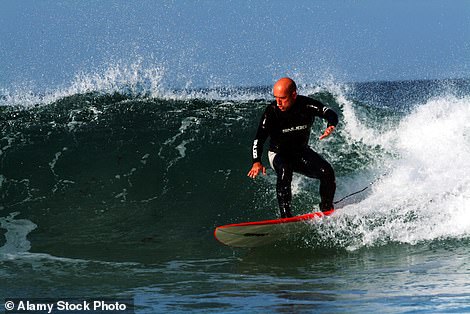 I head first to the most southerly hamlet, Hynish, where a museum describes how, in 1838, engineers daringly erected Scotland’s still-tallest lighthouse, Skerryvore, on jagged rocks, 11 nautical miles south-west. The exhibition (free entry, visitscotland.com) has a scale model.

At Loch a’ Phuill, long-beaked godwits fish, and I watch an oystercatcher from a hide and relish the absence of midges.

Lunch comes courtesy of a Co-op, the island’s sole supermarket in its village ‘capital’ of Scarinish. Everyone I encounter is welcoming, including Janet Bowler, manager of the nearby An Iodhlann history museum (free entry, aniodhlann.org.uk). She describes the island’s periods under Pictish, Gaelic and Viking control. The archives recount kelp-trading booms and even a mermaid sighting.

Beyond rocky shores in which grey seals loll, I reach the Ringing Stone. Geologists reckon this boulder — which clangs when struck — rolled over in the Ice Age, but local lore insists it was hurled by a giant on Mull. Should it be removed, so the myth goes, Tiree will vanish into the sea.

Then I find an especially blissful beach, Balephetrish Bay. Aside from one house, two dog-walkers and some sanderlings mining for crabs, it’s deserted. 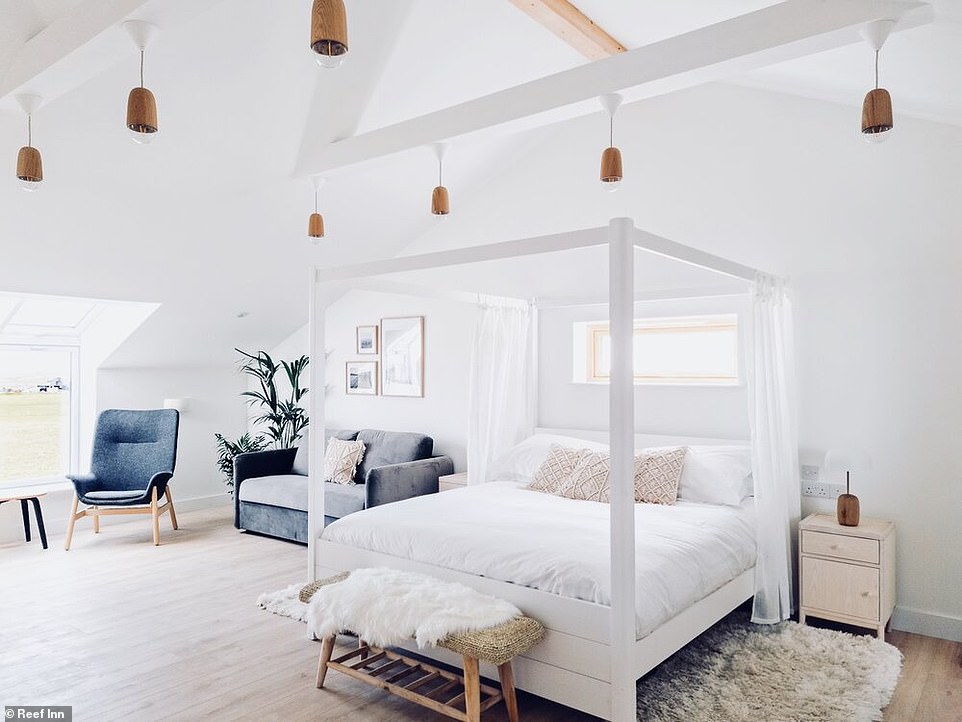 Richard stays at the Reef Inn where the eight rooms, bar and restaurant ‘burst with boutique cool’

I eat downstairs each night. The highlight is Sunday’s roast: exquisite beef alongside creamy potatoes and flavourful veg.

Over glasses of locally made Tyree Gin, fellow guest Viv admits this is her seventh visit. ‘I love the sense of being in on a secret,’ she says. ‘Everyone knows about Skye, Lewis and so on, but who has ever heard of Tiree?’

Loganair flies from Glasgow to Tiree from £86 return (loganair.co.uk). B&B doubles in the Reef Inn (reef-tiree.com) from £145.