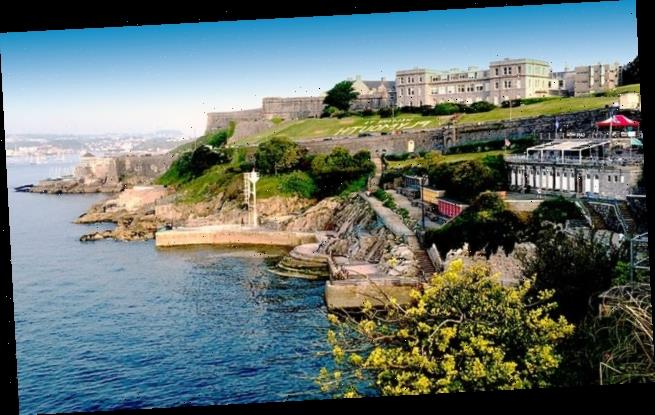 Plymouth could be considered the birthplace of modern America – 30 million people can trace their ancestry to the Mayflower, whose historic voyage from the city is commemorated with events to mark its 400th anniversary this year.

But even if you don’t have a connection to the ship that transported those first pilgrims, you’ll still be fascinated by the wealth of new cultural events that Plymouth has to offer.

Next week, a show-stopping exhibition, The Mayflower 400: Legend And Legacy, opens at The Box – a gleaming new £40 million cultural and heritage complex which is the largest museum, art gallery and archive centre in the South West. 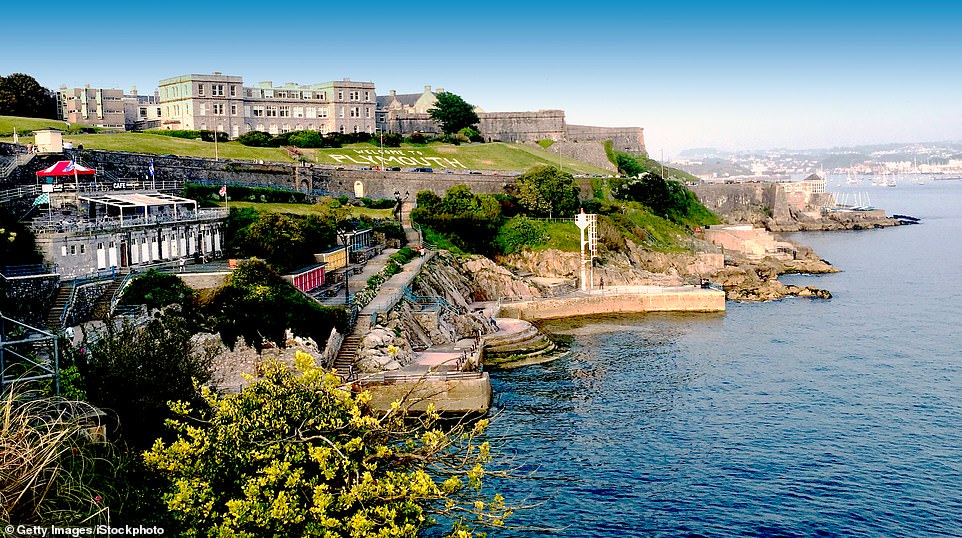 Plymouth (pictured) could be considered the birthplace of modern America – 30 million people can trace their ancestry to the Mayflower, whose historic voyage from the city is commemorated with events to mark its 400th anniversary this year

It features 300 objects documenting that incredible journey in 1620. Perhaps most poignant are the 17th Century children’s toys which allude to the fact that there were 19 families on board, including four unaccompanied children.

There is no shying away from the impact of colonisation since the exhibition has been curated collaboratively with the Native American Wampanoag nation.

The celebration of Plymouth’s past begins in The Box’s magnificent glass atrium entrance. Try not to flinch as you walk beneath 14 ships’ figureheads suspended above – they weigh a total of 20 tons.

All built by city craftsmen, they adorned the bows of 19th Century warships and have been fully restored to their original, vibrant colours. You’ll be mesmerised by this celebration of the city’s naval and maritime heritage. 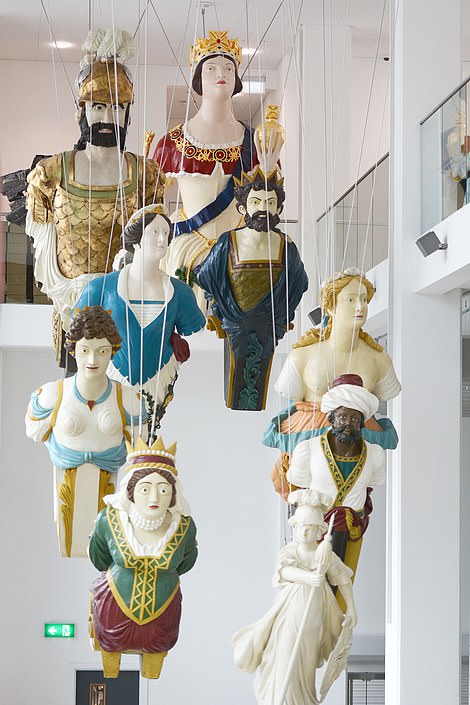 Actress Dawn French contributes a voiceover to a virtual re-creation of the 600 vessels that have sunk between Plymouth and the US; you can travel through time to learn how Plymouth transformed from a Bronze Age settlement to become one of the most bombed cities in the Blitz; and you can view paintings by Joshua Reynolds, whose first studio was in Plymouth before he founded the Royal Academy of Arts in 1768.

The 100 Journeys exhibition tells the stories of great explorers with ties to the city, from Sir Francis Drake to intrepid 20th Century mountaineer Gertrude Benham.

And you don’t need to let the history stop even if you get hungry. Head over to Royal William Yard to see the largest collection of listed military buildings in Europe. Formerly the Royal Navy’s victualling depot, today it is a cool blend of swanky, loft-style apartments with galleries, shops, cafes and bars below.

Treat yourself to a Plymouth gin and enjoy simple fresh seafood at newcomer The Hook & Line, where Ben Squire and Steve Page run their own fishing boats (thehookandline.co.uk).

Cuttlefish calamari, line-caught mackerel and honey-glazed prawns with chilli are fresh and tangy – and taste even better with a tot from their rum bar.