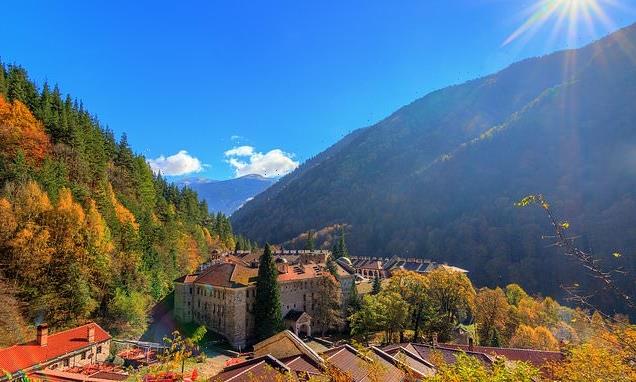 Magic of the mountains: Forget the coast and its hordes of tourists – inland Bulgaria is home to hillside monasteries, dazzling lakes and charming cities

The first light shines through the curtainless window, then I hear a faint trickle of water and a chorus of birdsong.

My eyes open to see the lone picture of Mother Mary beside my bed. And bells begin to chime, reverberating across the rocky, green landscape.

I swing open the door of my modest £18-a-night room to reveal black-and-white enclaves, narrow arches and circular domes topped with crosses. 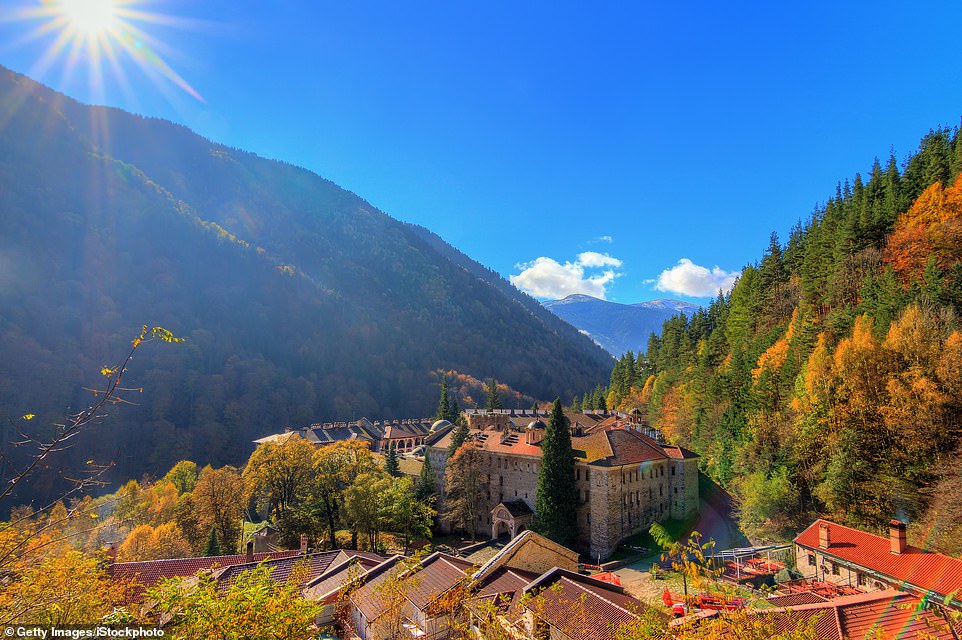 Below me, in the cobbled courtyard, the monastery begins its daily routine. A bearded monk, robed in midnight black, saunters towards the peach-coloured church in the centre. Decorated on the outside with bright 19th-century frescos, inside nothing is illuminated but the golden halos of shrouded saintly figures on the walls.

Thousands of monks have resided in Rila Monastery since its foundation in the early 900s. It was established by St Ivan of Rila, a hermit revered as a saint while still alive, before the area around his cave was gradually transformed.

Today, around 60 monks call it home. The occasional tourist is welcome if you call ahead and then drive two hours south from Sofia, the country’s ancient capital city. 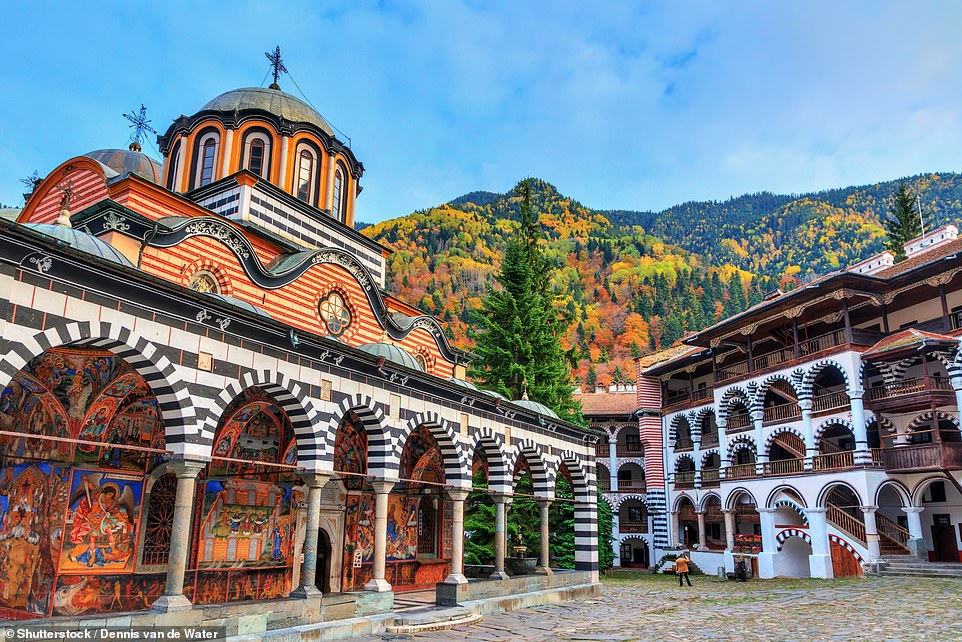 Sofia itself is a joy. A city of almost 1.3 million people, it offers charm, beauty and culture in abundance. And, thanks to the modern Metro, it’s easy to reach from the airport. Suddenly, we find ourselves among the ruins of the Roman city of Serdica.

A short stroll away, the golden-domed Alexander Nevsky Cathedral towers over us, and next door, St Sofia Church stands modestly, hiding Roman mosaics in its underbelly. Close by, there are synagogues and mosques, reminders of the city’s diverse heritage.

Farther south, in the foothills of the Vitosha mountain, the Unesco-heritage Boyana Church hides frescos to rival Michelangelo, only from three centuries before. 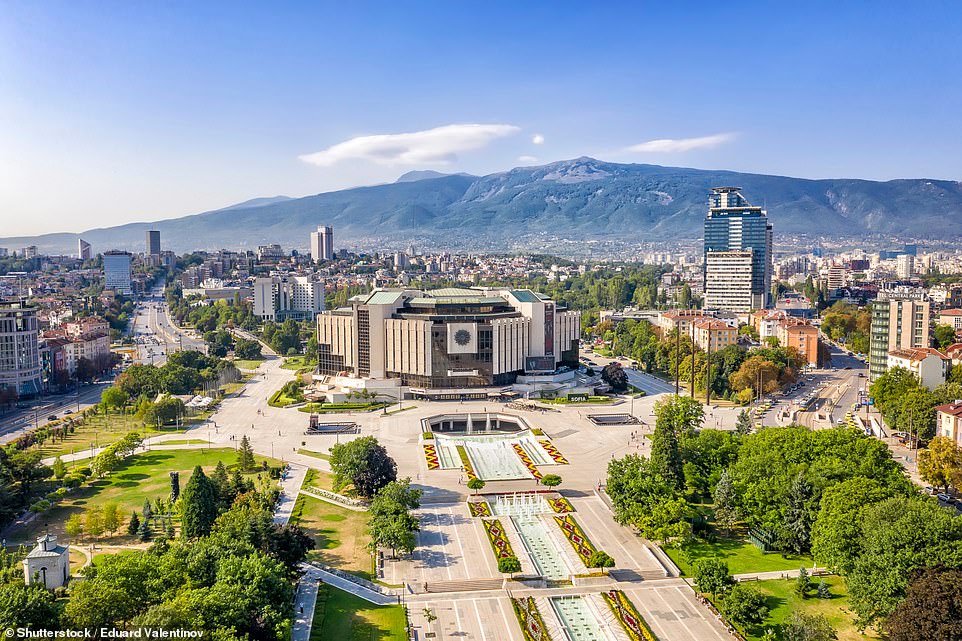 Charlie flies into Sofia, above, a city of almost 1.3 million people that offers ‘charm, beauty and culture in abundance’ 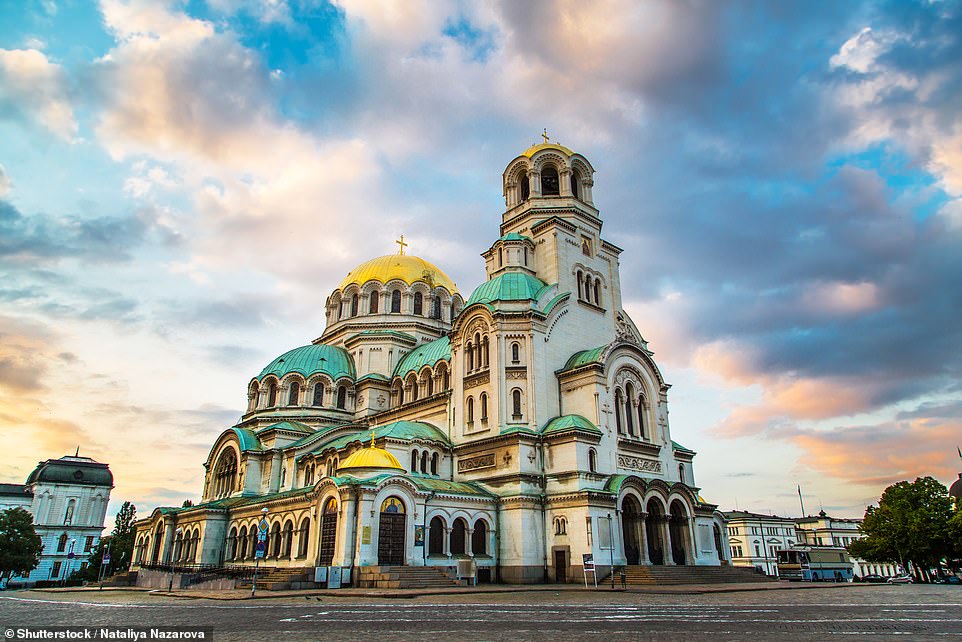 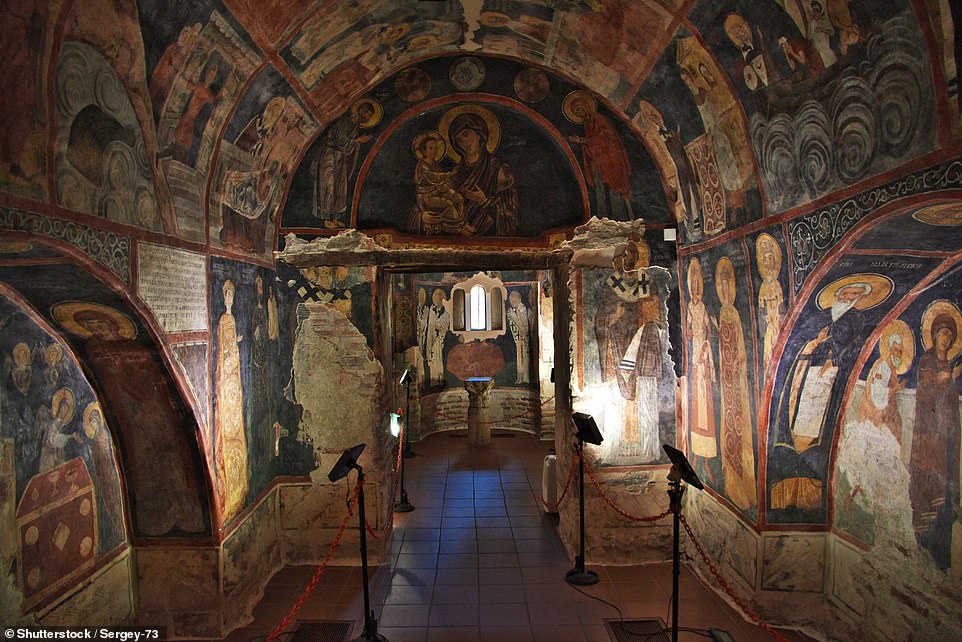 In the foothills of the Vitosha mountain, the Unesco-heritage Boyana Church (above) hides frescos to rival Michelangelo, writes Charlie

My companion and I meet Georgi, a Bulgarian friend, and we wander Sofia’s quiet roads, with kebab shops and bakeries selling traditional banitsa pastries.

Communism here fell in 1990, but Bulgaria’s transition towards capitalism was challenging. Although the main streets buzz with stylish bars and burger joints, the city’s tired Soviet-style buildings illustrate the harsh reality faced by many Bulgarians.

‘Corruption is rife and poverty is everywhere, even though we’re part of the EU,’ Georgi laments.

He takes us to a traditional Bulgarian restaurant on the outskirts. Plates of steaming chicken livers, pork stew and a mountain of Bulgaria’s most iconic dish, Shopska salad (like its Greek cousin but with sirene cheese instead of feta) arrive at our table. A circle of locals dance to traditional folk music. Onlookers sip small glasses of home-brewed rakia. Soon enough, we’re on the dancefloor. 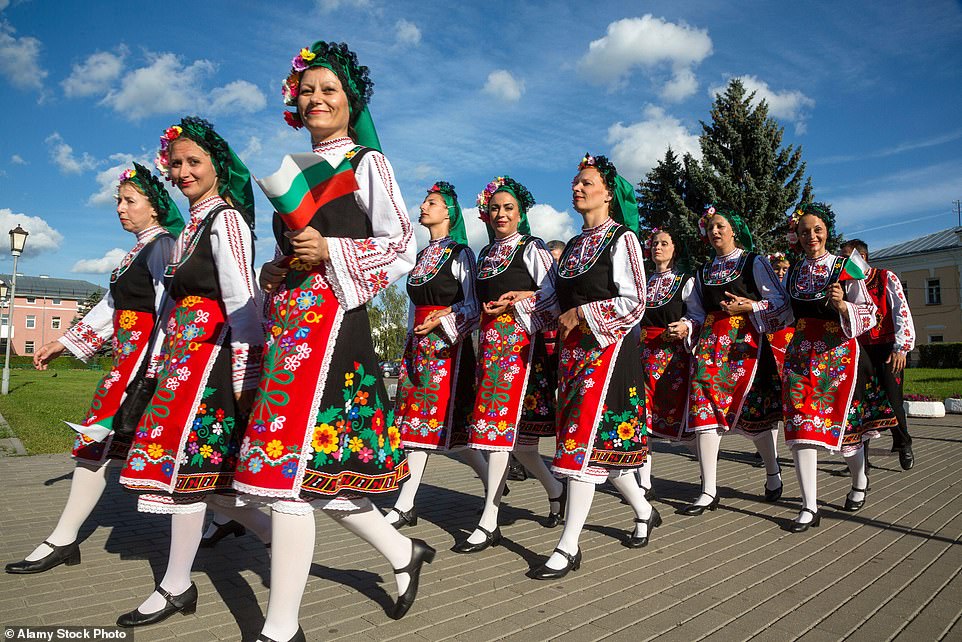 While Charlie dines out in Sofia, he sees a circle of locals dance to traditional folk music. Above are Bulgarian women in national costumes 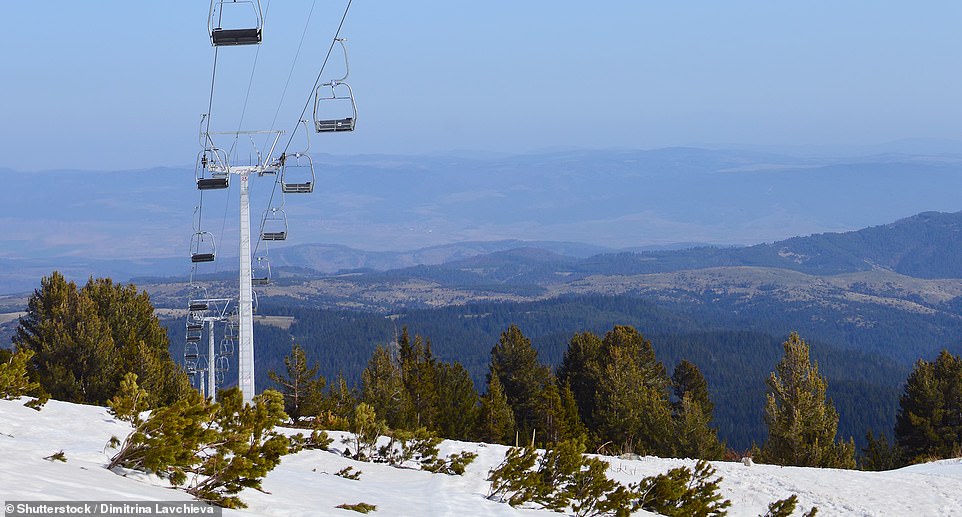 The Pionerska chairlift, pictured, leads Charlie to the start of the Seven Rila Lakes trail 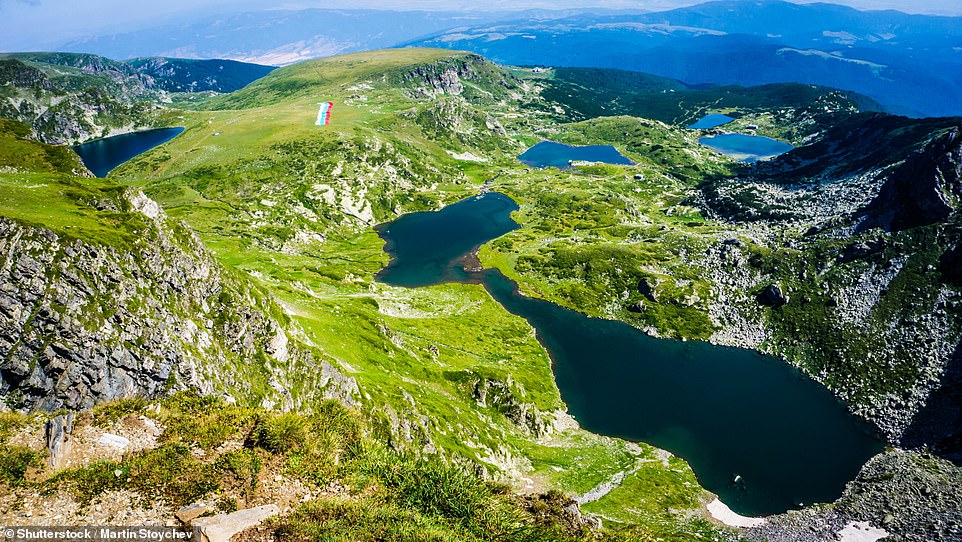 How do you solve a problem like a hangover? With a hike, of course. Now sober, we rent a car and drive an hour south towards the Seven Rila Lakes trail.

We jump aboard the Pionerska chairlift before stumbling up the first steep, winding track. The path evens out as the landscape transforms into a flowery meadow glittering with tumbling waterfalls and winding streams.

The first glacial lake appears as we climb above 2,300 m, then six more emerge. After two hours of rambling, we reach the top. Below us, the seven lakes sparkle like sapphires. An immense panorama of rolling hills and distant towns stretches nearly all the way back to Sofia. The hordes on the coast are missing out.

Wizz Air (wizzair.com) London Luton to Sofia from £48 return. Charlie stayed at Rila Monastery (rilskimanastir.org/en), which has doubles from £18.