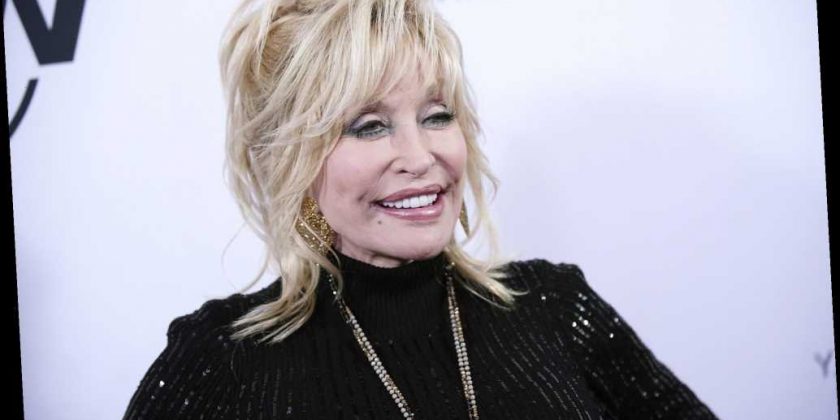 For years, Dolly Parton has had fans speculating she had tattoos.

"I do have some tattoos, that's true," the country music legend — and feminist icon — tells PEOPLE exclusively. "But they're tasteful. I'm not a tattoo girl."

The Country Music Hall of Famer, 74, has been a star for six decades, since debuting at the Grand Ole Opry at age 13. One of her first songs was 'Dumb Blonde,' but Parton says, "I'm a smart country girl." With a Christmas album on the way and a new book, Dolly Parton, Songteller: My Life in Lyrics, out Nov. 17, Parton says she understands she's a feminist icon. "I see it as a compliment, yes. I have never been willing to take a back seat to anybody because I was female. I just don't like labels. I suppose I'm a feminist if it comes to saying I'm glad to be feminine."

Parton also knows there have been a lot of crazy rumors about her. "Oh yeah! I always laugh at them," she says. "One, it shows up about every three years in the tabloids, where I'm bedridden because my boobs are so heavy that I'm crippled for life on my back. I just laugh. Well, they are heavy, but they haven't crippled me yet.

She says the headline is usually: DOLLY BEDRIDDEN. "And then they find a picture of me, from when I was actually doing a video, you know, laying on all the bed somewhere. And the story is that my spine is injured or whatever. I just think, 'Oh my Lord. If they were that heavy, I'd have them changed. I'd have them lessened.'" Parton did confirm one rumor, but it's not the sleeves that many have thought she might have.

"My tattoos are pretty, they’re artful and they usually started out to cover some scar, not to make a big statement," she says. "Ribbons and bows and butterflies are the things that I have. I was very sick for a while and I had to wear a feeding tube. It left a little indention in my side and I didn't like it because I’m so fair that scars turn purple on me."

She said she decided to make something beautiful from an ugly experience. "I like to make positives out of negatives. I had a little beehive tattooed over it — a little yellow-and-brown beehive with a tiny little bee on top of the hive. The mouth of it is that little sinkhole."

When asked if she inked her husband of 54 years, Carl Dean, on her body somewhere she says, "No, he's tattooed on my heart." Parton laughs and adds, "Who knows, I may get some more later. I may just have to get covered with tattoos just so everybody could be right!"

For more from Dolly Parton, pick up this week's issue of PEOPLE, on newsstands everywhere Friday.