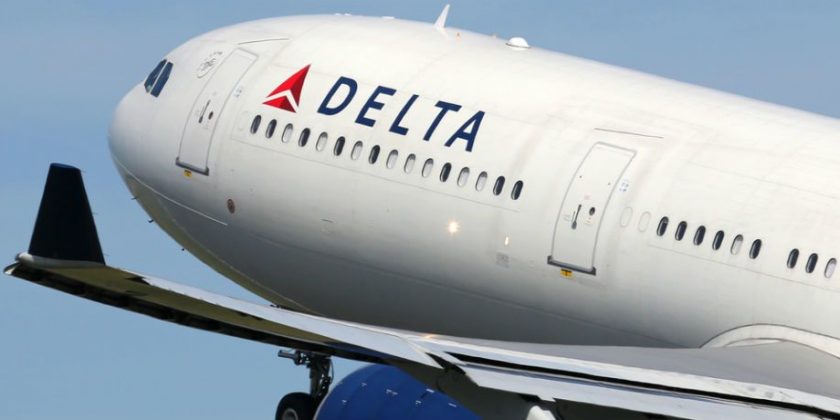 ‘You can sit in your seat or you can be left behind.’

A Delta Airlines passenger says that he was forced by the flight crew to sit in a poop-filled seat — or else miss the flight — Yahoo Lifestyle is reporting.

Passenger Matthew Meehan says that he was scheduled to fly on Delta, from Atlanta to Miami, last week when the humiliating incident occurred.

As readers may know, a cleaning crew touches up each aircraft after each flight, generally spiffing things up for the next set of passengers. Sometimes they miss things — no one is perfect, after all. But a half-eaten sandwich left under a middle seat is one thing, smelly diarrhea is another entirely.

Meehan says that as he and the other passengers were boarding Flight 1949, they noticed a strong smell. At first, they just thought it was a mundane, if somewhat smelly, lingering odor. But after Meehan had sat in his seat, he realized that it was much, much worse.

What’s worse than finding out that you just sat in poop? According to Meehan, it was the flight crew’s “oh well” attitude about the entire affair.

After some back and forth with the flight crew, and then with a manager — and then with an airline representative — Meehan got something less than total satisfaction. Sparing the fine details of Meehan’s interactions — readers can peruse them at length in the Facebook post embedded above — Delta seemed to not care in the slightest, and told him that he could either sit in poop or refrain from boarding the flight.

The first point of failure occurred when the plane was being cleaned. The flight crew apparently admitted to noticing the feces, and to ordering a bio-hazard crew to come deal with it, according to procedure. But no such cleanup crew came.

The second point of failure took place as the crew responded lackadaisically towards the problem, admitting failure but refusing to do anything about it beyond pretending, as Meehan says, to clean it up with paper towels.

“To my knowledge, they did not use any kind of sanitizing solution, and I was supposed to be OK with that because she quote unquote, cleaned it.”

With no other options but to either sit it out or miss the last flight of the day, Meehan held his nose and took the flight. He is, understandably, not at all happy about it.

“So we sat there during the entire flight, my row, the rows around me, it still smelled horrific. There was still feces caked into the carpet.”

Now that Meehan’s story has gone viral on social media — and has been picked up by news networks — Delta has sprung into action. In a statement, the airline apologized for what happened, confirmed that the aircraft should have been cleaned by a biohazard unit before being boarded, and said that the plane in question has been temporarily retired so that it can be deep-cleaned. Delta also offered Meehan 50,000 miles in compensation, which he refused.

Meehan said that unless Delta makes him a better offer, he intends to sue.