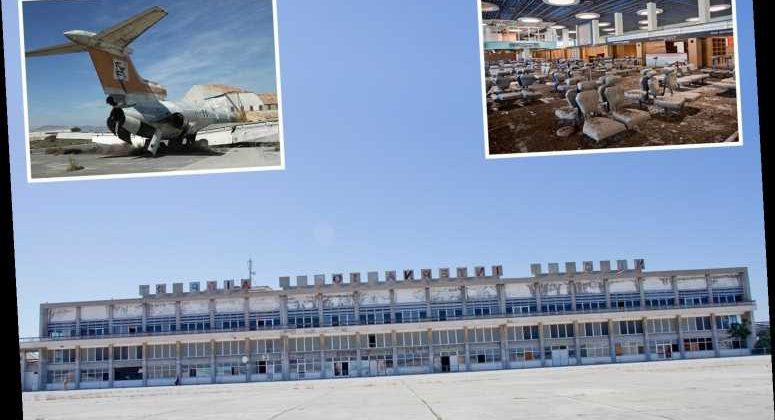 Since then, the formerly bustling airport has been left frozen in time – the only things to change since 1974 are the fading paintwork and rusting parts. 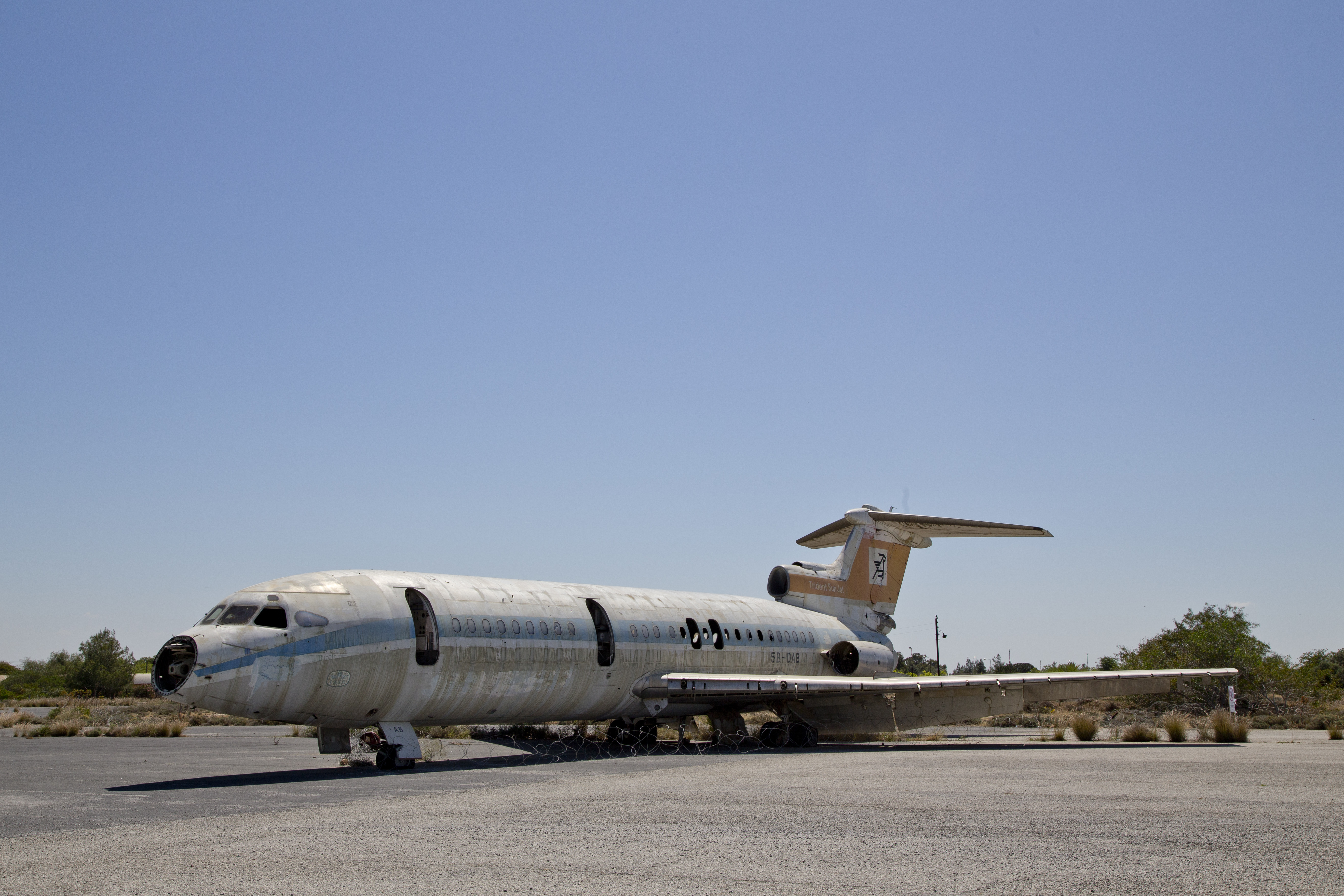 The Trident Sun jet remains motionless on the tarmac to this day, right where it came to a stop – an eerie reminder of an airport that time forgot.

The airport was once a state-of-the-art transport hub on the popular Mediterranean holiday island.

The hi-tech terminal opened in 1968, with restaurants and shops to service international travellers flocking to Cyprus.

Idyllic beaches, medieval cities and an enviable island climate were making the island a favourite destination among holidaymakers as well as the rich and famous, including actors Elizabeth Taylor, Richard Burton and model Brigitte Bardot. 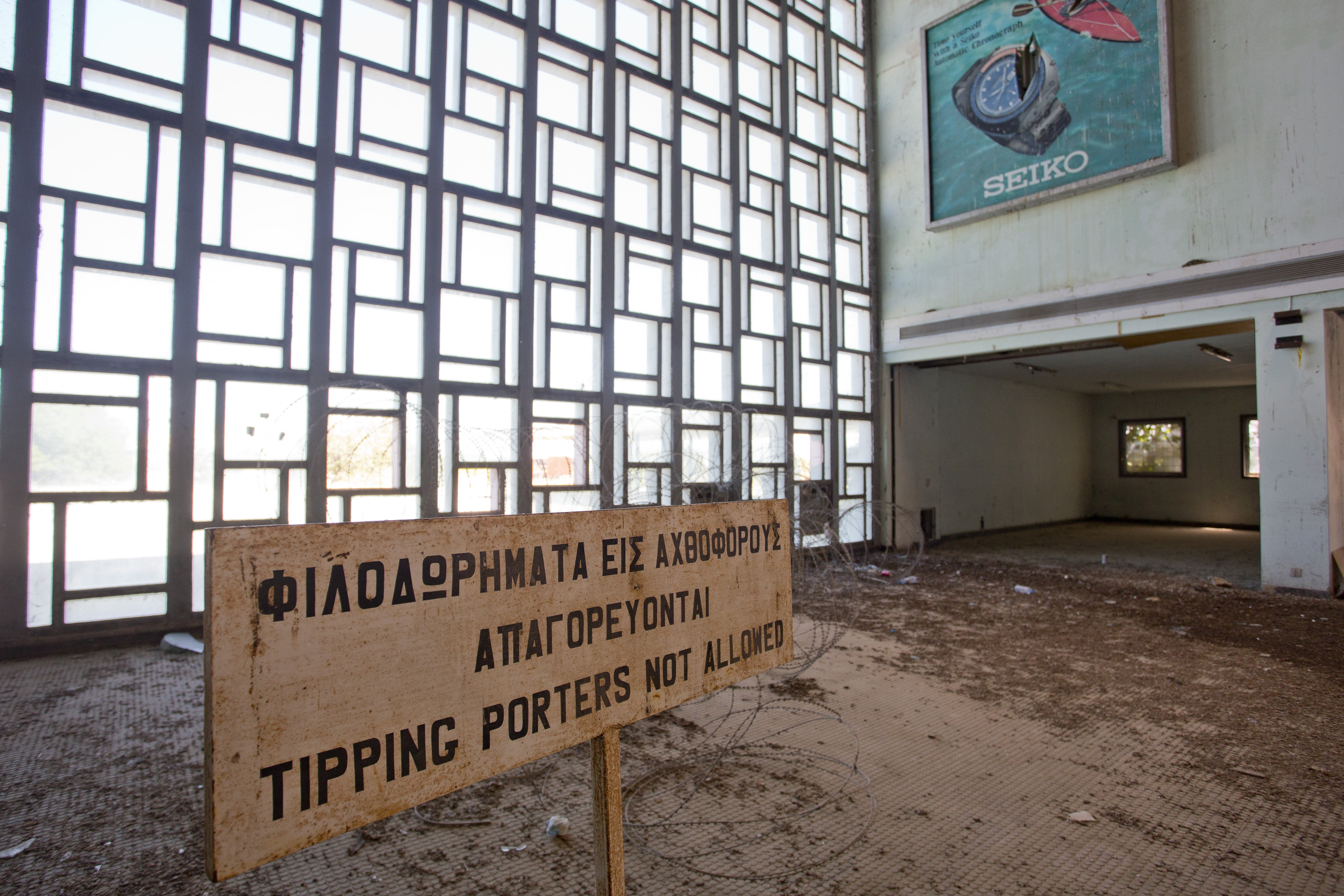 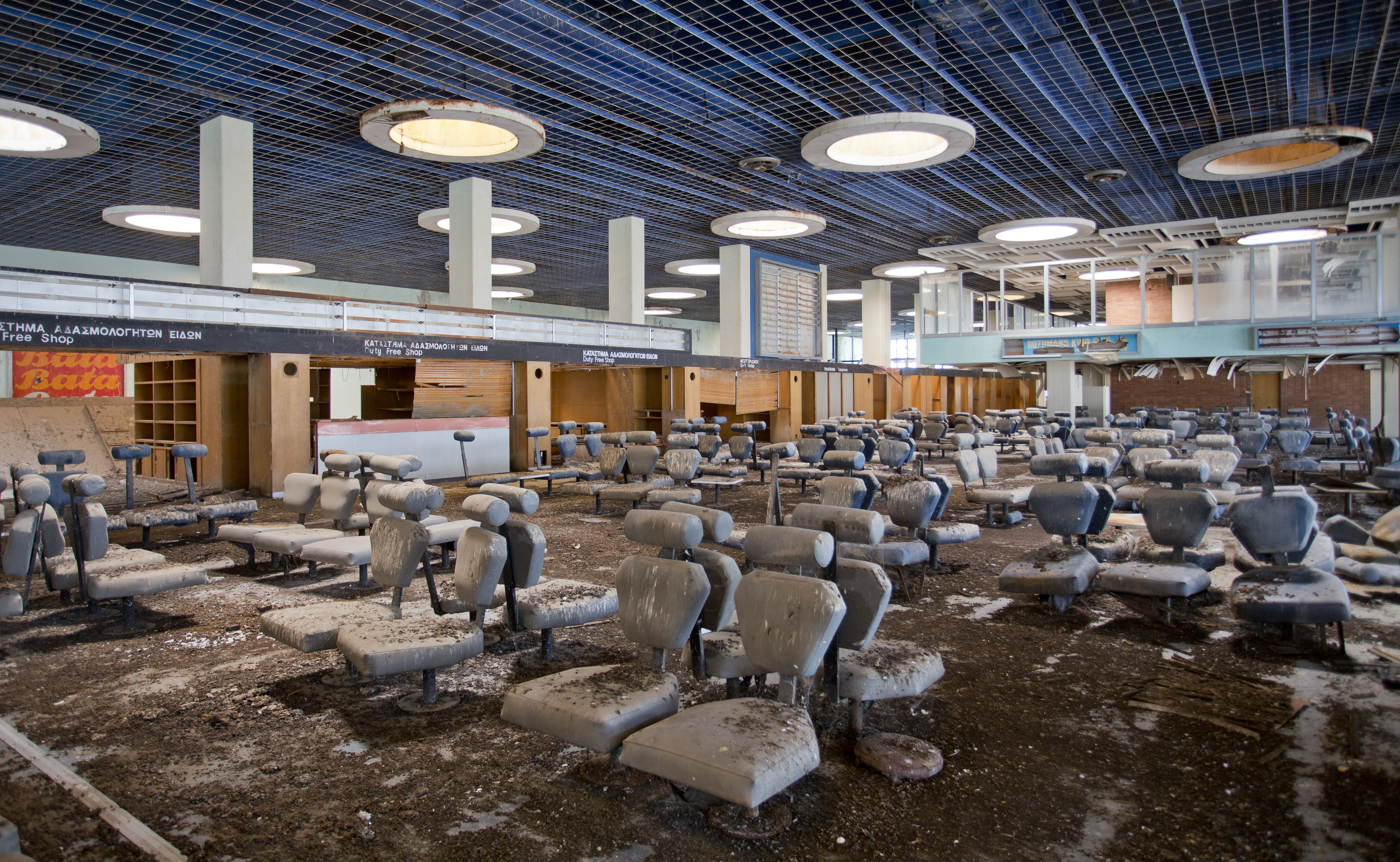 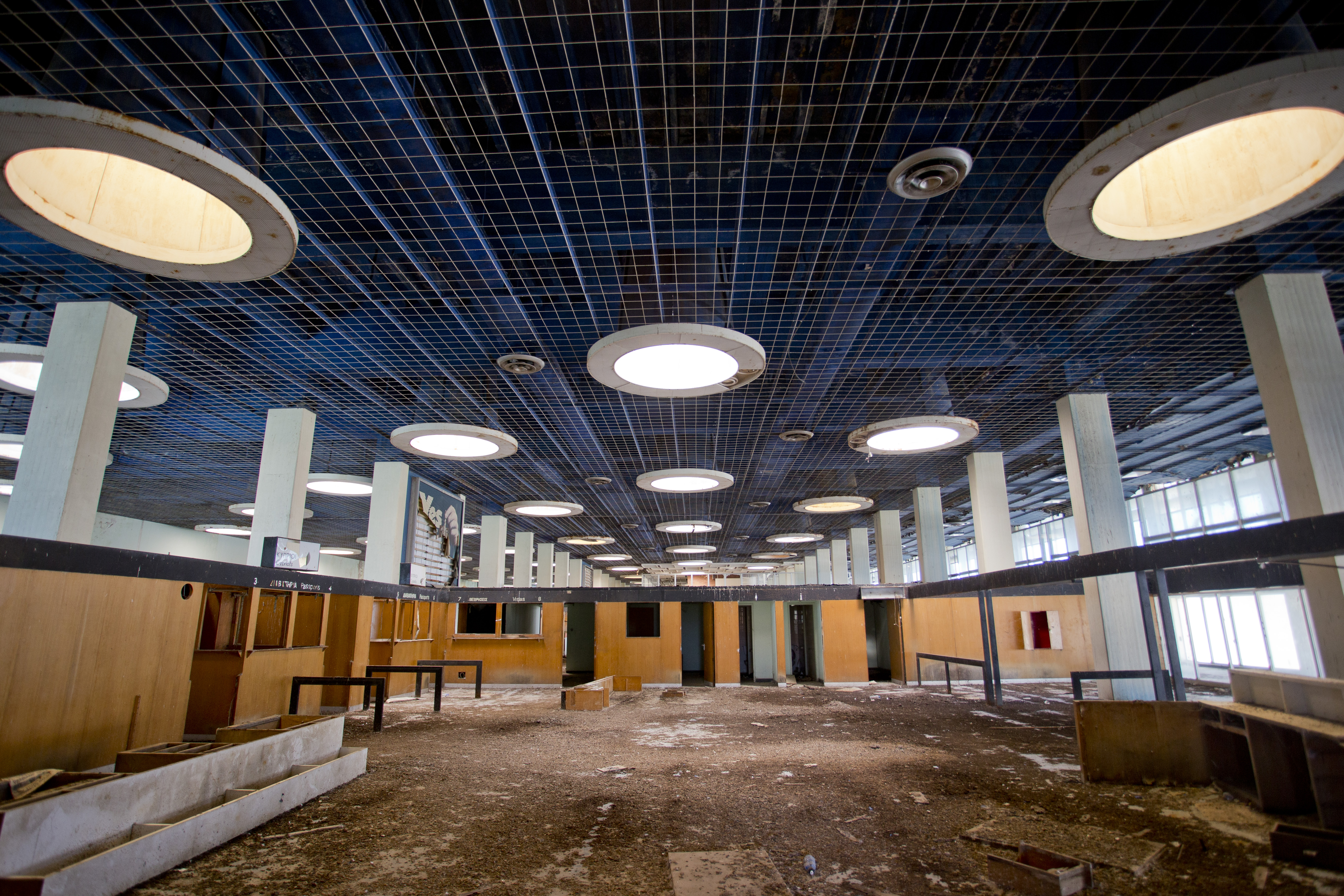 But that golden era came to an abrupt end in 1974, when the airport shifted from being Cyprus’ gateway to a flashpoint for local conflict.

Cyprus had endured years of tensions between the Greek Cypriots and Turkish Cypriots after it became independent from Britain in 1960.
But 1974 was a momentous year.

In July — during the peak summer holiday season — Greek nationalists overthrew the elected president of Cyprus. In the days that followed, Nicosia airport was briefly used to bring in troops from Greece.

The airport was also a scene of chaos during that time, as holidaymakers and other foreigners fled the violent conflict. 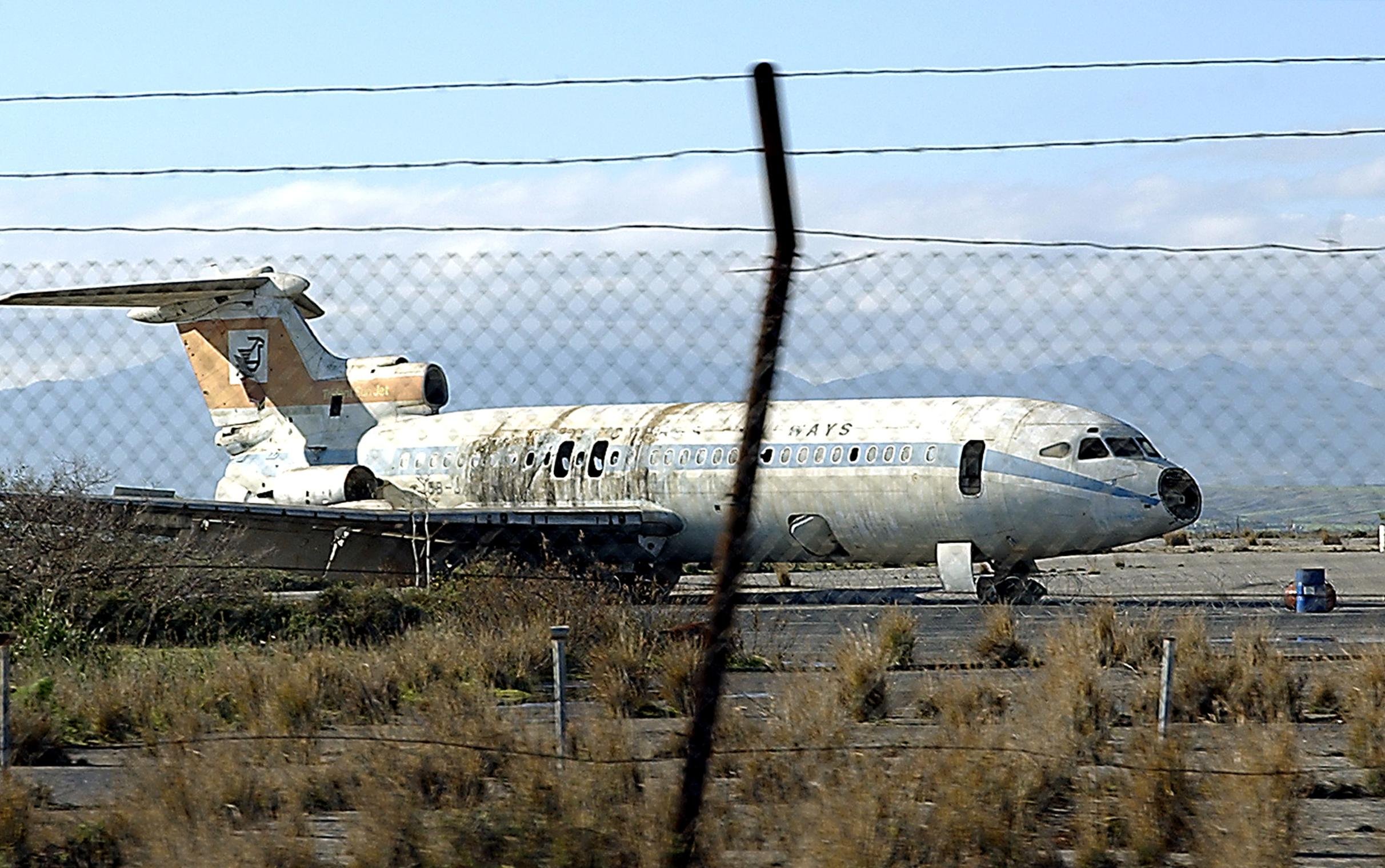 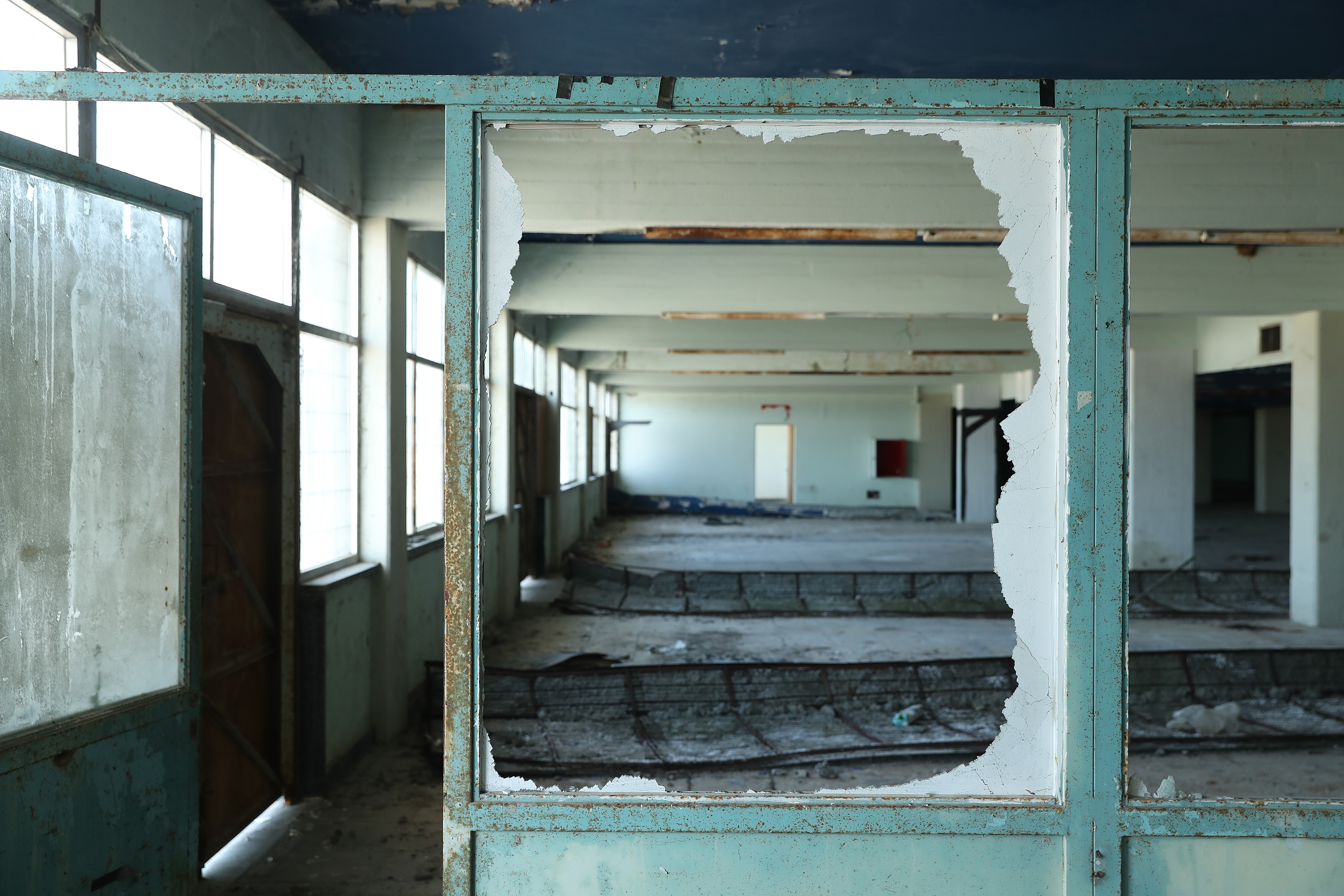 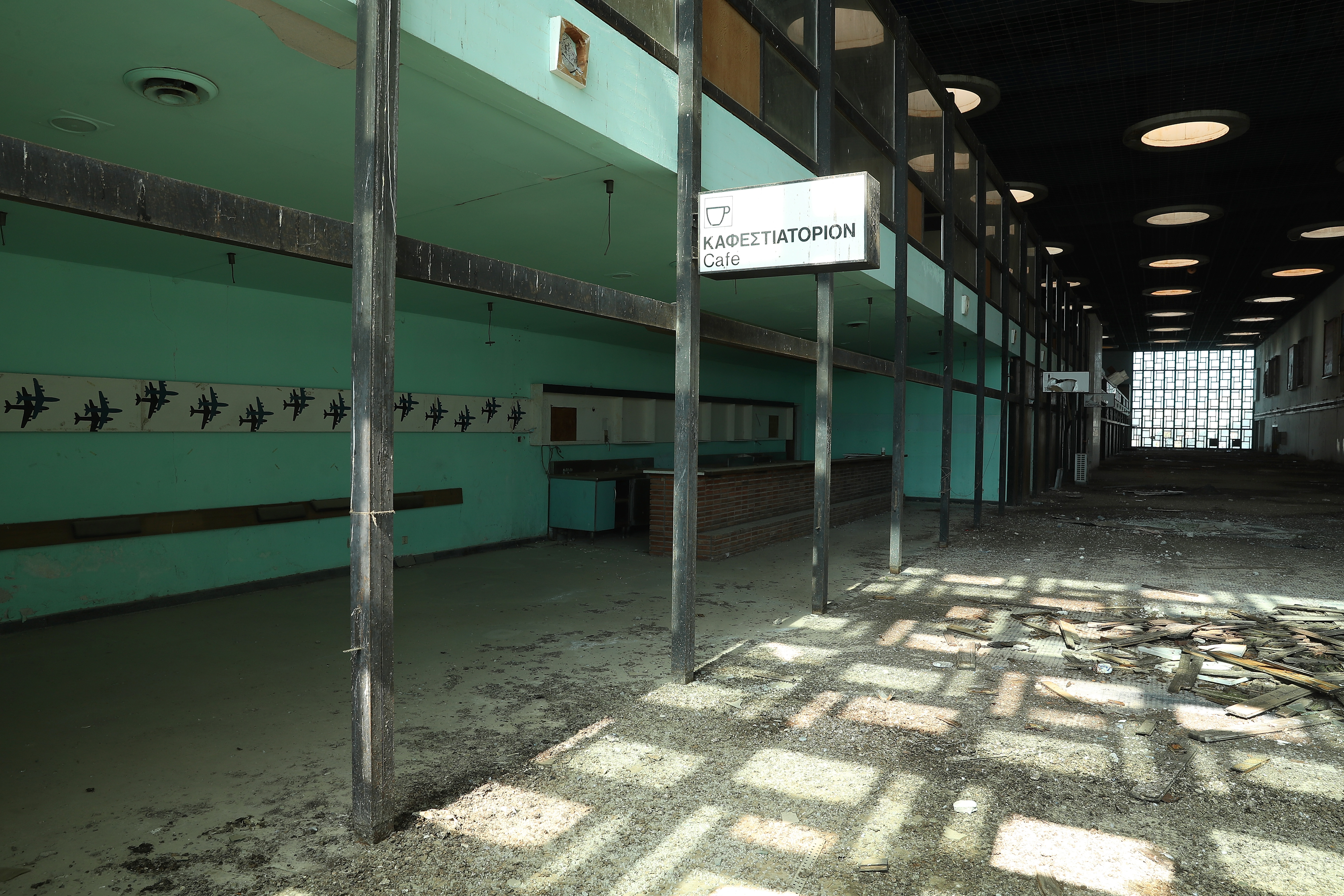 Within days of the coup d’etat, Turkey invaded Cyprus, and the airport was severely damaged in a bombing campaign.

A demilitarised zone was drawn and Nicosia airport wound up right in the middle of it, which led to it being suddenly abandoned.
The last commercial flight departed Nicosia for London in 1977 under the special authorisation of the United Nations.

The Cyprus Airways Trident Sun Jet, however, stayed behind.

The aircraft sustained some crossfire damage during the conflict, and its engines were stripped for use on another jet.

But otherwise it’s been left to rot — along with the rest of the airport.

After Nicosia airport was abandoned, authorities opened a new international airport at Larnaca, which is the island’s main airport.

Nicosia is now a ghost building, with decaying check-in desks, derelict rows of seats in waiting areas, and eerie decrepit jet planes stuck where they came to rest all those years ago. 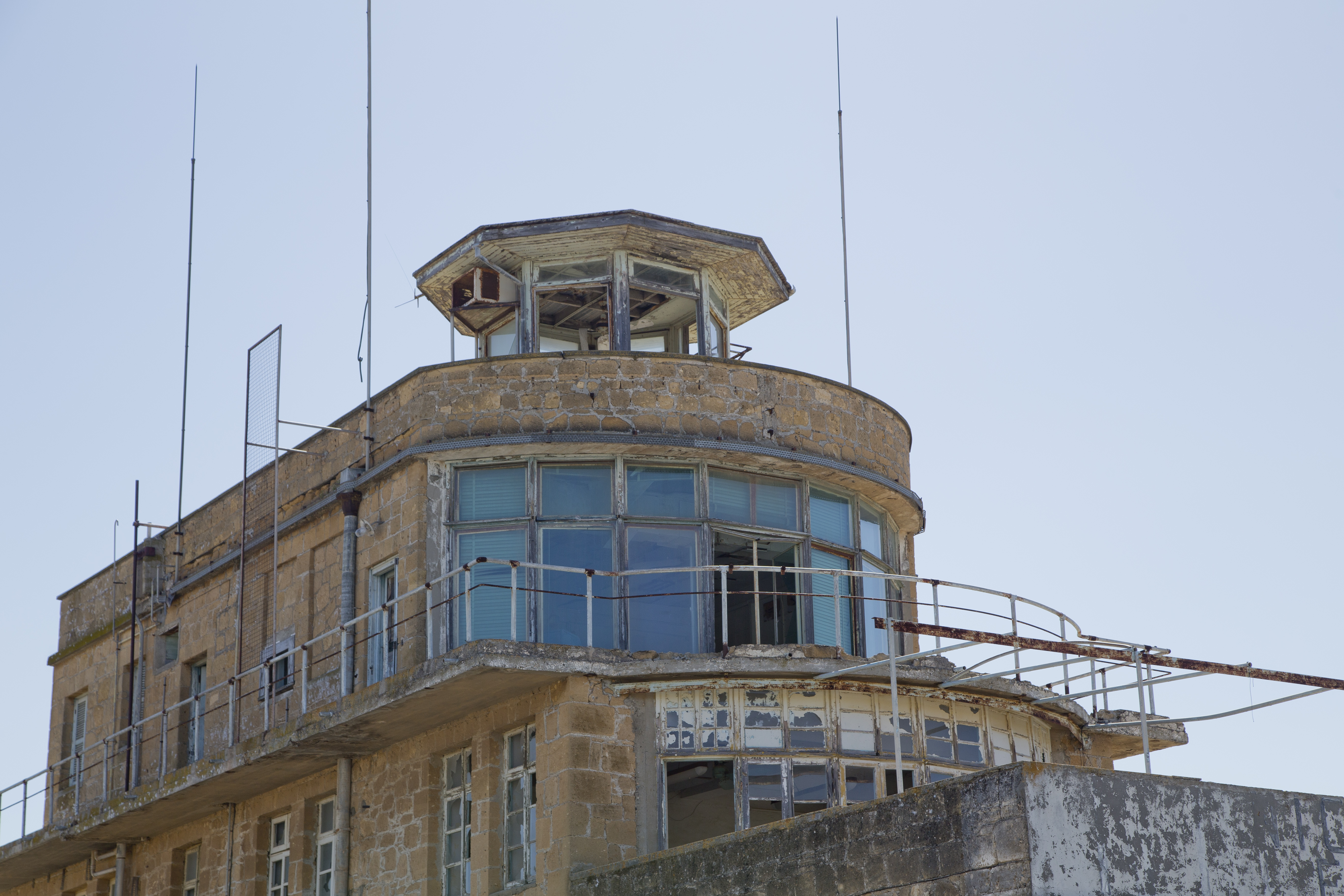 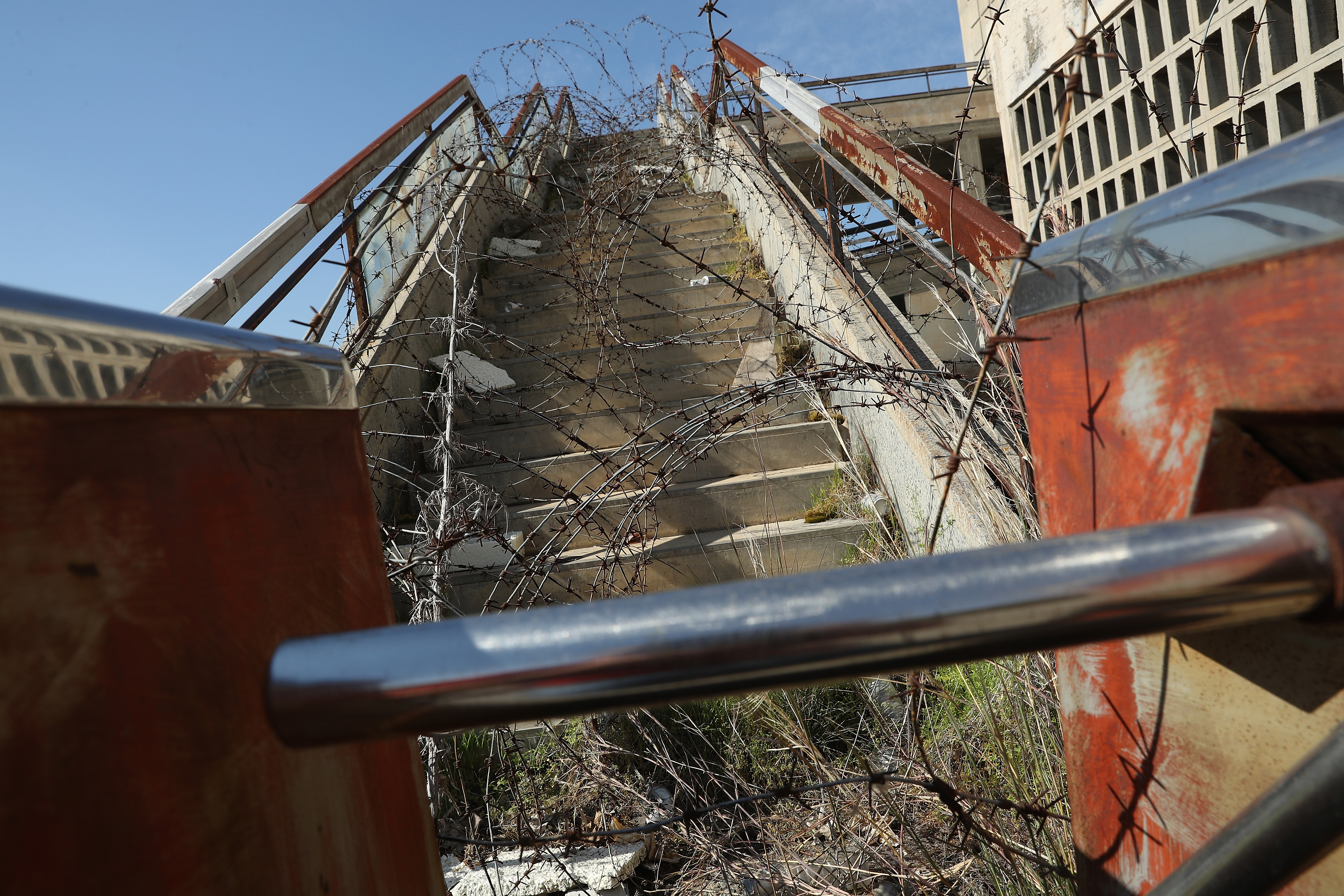 Sun Online Travel recently revealed how one of the most luxurious hotels in Australia was abandoned.

But it's far from the only luxury property left to decay in the country.

This article was originally published by news.com.au and was reproduced with permission. 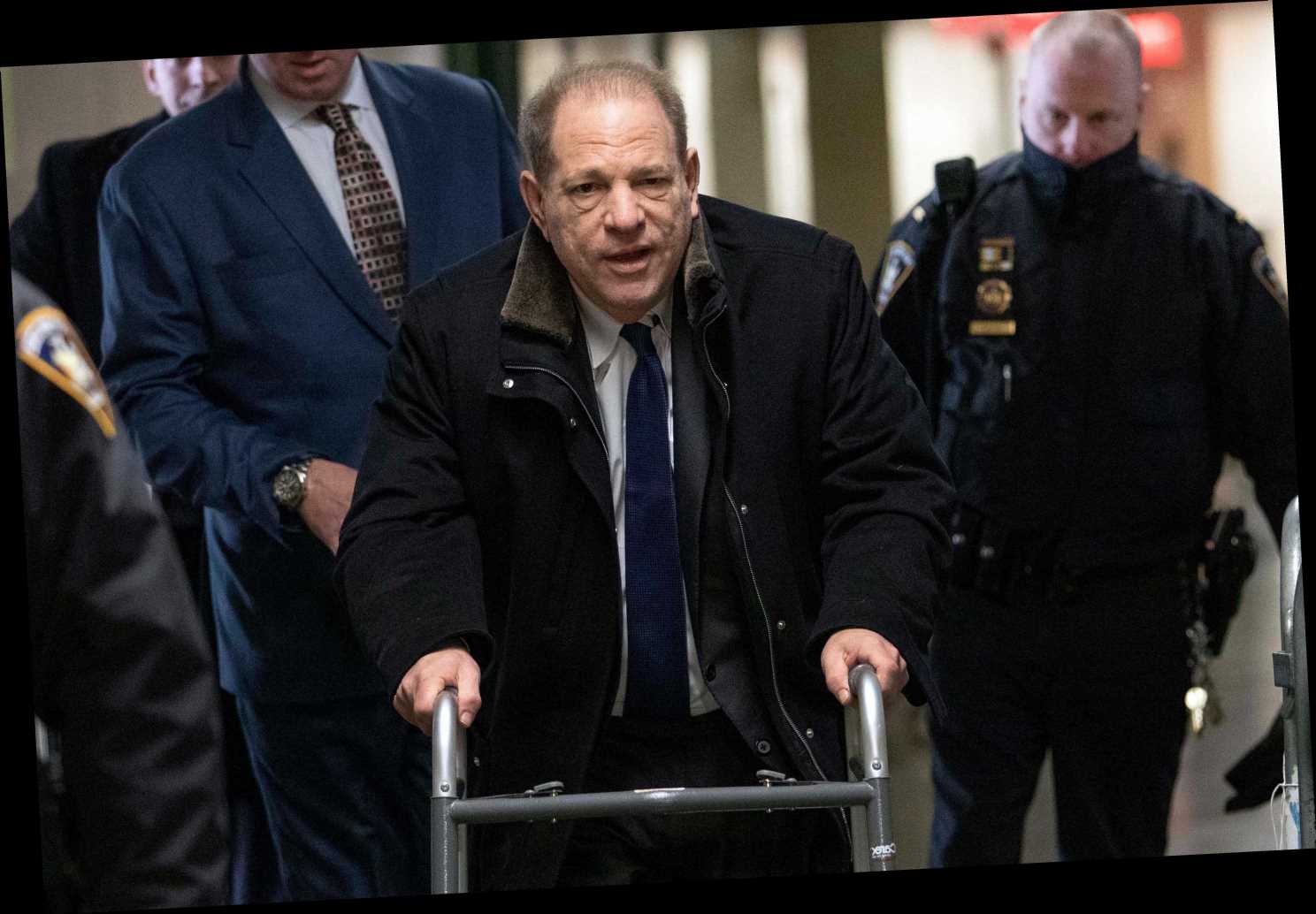