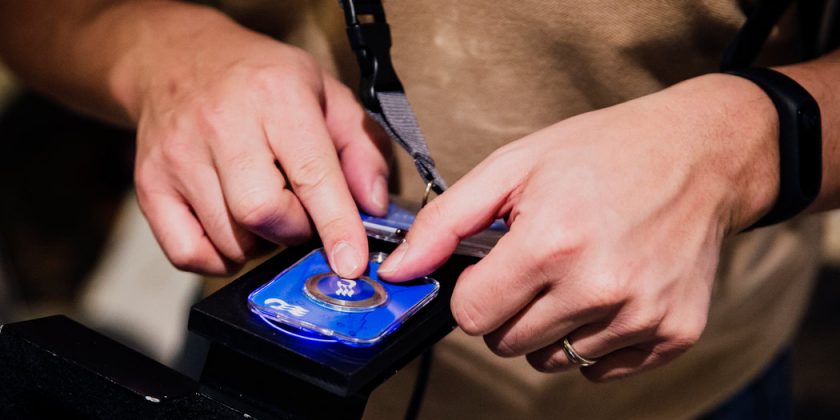 Global cruise lines are rolling out new technology to help servers deliver cocktails to passengers who have wandered off, address travelers by name on ships carrying thousands of passengers and shrink the boarding process to 10 minutes from one hour. The companies say they are using technology to reduce the most common passenger complaints and make these huge floating vacation cities feel more personal.

Many ships now offer a mobile app to help guests pay for purchases, learn about daily activities, make special requests and communicate with other members of their travel party. Some, like Carnival Corporation, Disney Cruise Line, Royal Caribbean Cruises and the Geneva-based cruise company MSC, are beginning to pair them with wearable devices that can better track the passenger’s exact location on the ship and offer additional conveniences. Andy Stuart, brand president of Norwegian Cruise Line, said it introduced a new version of its app for passengers fleetwide January, and will roll out its first wearable device next fall.

The technology trend coincides with a period of growth in the industry. About 27 million people took a cruise in 2018, up from 20.5 million in 2013, according to Monty Mathisen, managing editor of Cruise Industry News. “We will see some 40 million cruise passengers by 2028, easily,” he said. Carnival Corporation, which owns nine lines and represents about half of the global cruise industry in number of passengers, has ordered 20 ships to be delivered by the end of 2025.

Passengers see the technology first on the newest and biggest ships, said Mr. Mathisen, although “the cruise lines are busy rolling them back to the rest of their fleet.”

The surge is partly thanks to increased computing power on the vessels themselves. Ships now “have better data centers, satellite connectivity and IT staff on board,” said Manny Vellon, chief technology officer of the software and consulting company, Level 11, that worked with Carnival to create its wearable OceanMedallion.

Here are some of the ways companies hope to address the most common complaints:

It Takes Too Long to Check In

Customers have long complained about the check-in process, which can require standing in lines for passport presentation, photo-taking and excursion booking. This can stretch sometimes to an hour or more, according to Jay Schneider, senior vice president for digital at Royal Caribbean International, which owns Celebrity Cruises and other lines. The goal now is to get passengers “from car to bar in 10 minutes,” he said. Passengers on all 25 Royal Caribbean and 13 Celebrity Cruises ships can now use a mobile app to scan their passport, take a security selfie and receive a digital boarding pass before they even arrive at the ship.

I Want to Order a Drink, but Can’t Find a Waiter

A passenger with Carnival’s OceanMedallion can order a drink using a mobile app, and the medallion tells the server the person’s name and location, even if they have moved, said John Padgett, Carnival’s chief experience and innovation officer. The waterproof device acts as identification, charge card and location beacon. Two ships in the Princess Cruises fleet, which is owned by Carnival, offer the medallion and three more will offer it in 2019.

I Feel Anonymous on This Big Ship

Wearables can allow crew members using a mobile device to view the name of the person approaching them so they can greet the passenger by name. That’s a level of service expected on the most expensive cruises, “but we can make that available to all passengers,” Mr. Padgett said.

They Aren’t Playing Our Song

Passengers wearing an OceanMedallion carry the information they’ve chosen to share with the cruise line wherever they go. “When our guitarist sees that people from Colorado are in her audience and she plays John Denver music, it’s like magic happening,” Mr. Padgett said.

This Bar Is Too Crowded

Using a heat map to see where guests are congregating and how many crew members are there can help determine staffing levels, said David DeCurtis, chief executive of the DeCurtis Corporation, which creates customer-experience software for cruise ships, malls, airports and hospitals. If there’s a crowd at one bar and another is empty, staff can be shifted.

What Happens in an Emergency?

The ability to track passengers is critical during an emergency, Mr. DeCurtis said. During an evacuation, the crew can use location software to see who is heading to assembly stations; who are still in their rooms; which passengers have special needs and might need help; and whether children are with or without their parents.

I Just Want Everything to Be Easy

The newest onboard apps encompass the passenger experience from planning the trip through commemorating it. That could include booking dining and excursions, swiping through the day’s itinerary and dining menus, or receiving a personalized book of photos at the end of the voyage. Some cruise companies, like Holland America Line, offer kiosks on board with many of the same functions.

The new technologies also help the bottom line, Mr. Vellon said. When passengers plan their journey before leaving, they sign up to do more on the ship, he said, and because many future cruises are booked by passengers on current ones, improving service would also drive sales.