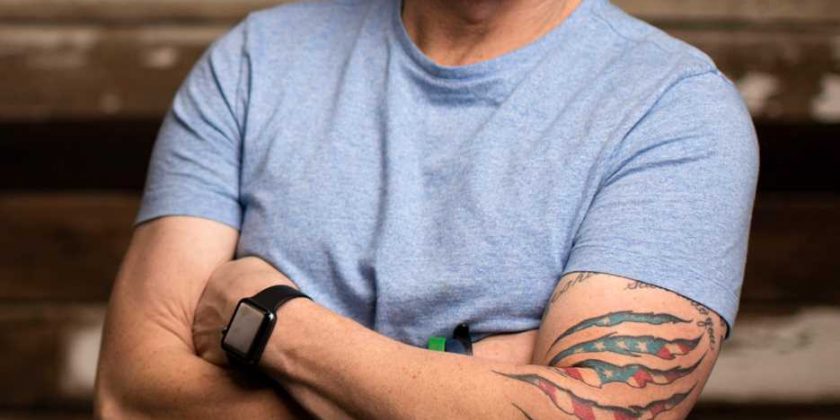 On this particular night, Morgan was once again feeling the deep heartbreak stemming from the loss of his son. Eventually, the country singer prayed and fell asleep.

Suddenly, he woke up.

“It was 2:30 in the morning and there I was, singing the entire chorus in my head before I even woke up enough to put the words down on paper,” Morgan, 55, tells PEOPLE about the moving story behind his new song, “The Father, My Son and the Holy Ghost.”

“It was the first time something like that had ever happened to me,” he says.

For the next four hours, Morgan wrote down lyrics that would eventually turn into the first piece of new music Morgan has released in more than three years.

Morgan quickly shared the song with family and close confidants, and in June, the “That’s What I Love About Sunday” singer stepped onto the stage at the Grand Ole Opry to debut the song publicly.

“I walked off the stage, thinking I might never perform it again,” says Morgan about the emotional moment. “But standing there was Ricky Skaggs, and he told me that I simply had to perform it again. I had to get through this and find a way to share this song with as many people as I could.”

So he went into the studio and recorded it, and yet another piece of his heart began to heal.

“I attribute my healing to my faith,” says Morgan, who converted to Catholicism just over two years ago. “It’s still difficult. I mean, Jerry is the first thing I think about when I wake up and the last thing I think about when I fall asleep. There are times when I am angry and I don’t understand it, and then there are times that I am joyous that we had him for 19 years. You have to let those joyous moments steer you away from the anger. I pray about it all the time. I don’t understand it and I probably never will until I get to heaven.”

And while the journey continues to be heart-wrenching for Morgan and his family, the musician says that he is beginning to realize why this song was placed in his heart on that fateful February night.

“I have heard from so many people already who have said that they had given up on their faith until they heard this song,” says Morgan, who wrote, produced and released the song by himself. “But I’m purely the one singing that song. It’s not about me. I was just the outlet, the way to get the song to the people who need it the most.”

The pain Morgan, who admits he’s never been “so vulnerable” in a song, says he still feels from his son’s death is something he has tried to keep from his fans.

“Very seldom do I do meet and greets anymore because I just don’t know if I could do them,” he says. “People are so kind and I’m so grateful for their concern, but I know that they would want to talk with me about Jerry, and it’s always going to be such an emotional thing for me.”

While Morgan recently shot a music video for the song at Morgan Farms in Dickson, Tennessee, he’s not entirely sure where it will go from here. “I don’t know if radio will play it,” he says. “All I do know is that I want to do everything in my power to get this song in front of as many people as I can.”

Championing Morgan’s cause is fellow country star Blake Shelton, who has been encouraging fans to move “The Father, My Son and the Holy Ghost” up the iTunes chart. “I would gladly give up my spot on country radio to get this song on.. Wow @cmorganmusic you blow me away brother,” Shelton, 43, wrote, adding a link to the song. “There’s nothing easy or fun about writing a song like this but sometimes it’s just something you gotta do.”

As he continues to heal, Morgan tells PEOPLE he’s sure Jerry is still by his side.

“His number was 13. We bought a beach house, and the speed limit on the street there is 13 mph. I have looked down on the ground and seen a dime and three pennies,” says the star. “I’ve heard about these little angel moments my whole life. It’s letting me know he’s okay. I truly believe that.”