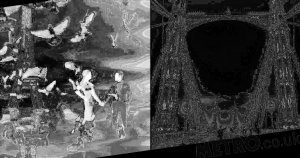 A stunning bride, an immaculate groom, an idyllic backdrop – the perfect photos to remember your wedding day forever.

But there’s one catch – these couples haven’t even had their wedding day.

More and more couples are forking out thousands of pounds to take part in pre-wedding photoshoots. While engagement shoots aren’t that unusual, taking photos in your full wedding gear despite not actually being married yet is a little bit out there.

Alex Beckett is a London-based photographer who says that the capital is one of the most popular locations for these shoots, and says couples flock from all over the world to get the perfect snaps.

A favourite spot for couples is Tower Bridge. Big Ben glittering is the background as the reflection from the streetlights glint off the Thames – pretty romantic as long as you ignore the fumes from the traffic and the angry commuter trying to get past you.

Alex says the sets of photos can start from £500 but that some are willing to pay up to £50,000, depending on what he needs for the shoot.

And some couples aren’t content with one location. Shoots can involve glamorous locations right across Europe – Alex has even accompanied a couple to the Italian Lakes to get that fairytale shot.

Other favoured locations include the Louvre and the Eiffel Tower in Paris, and some shoots include speedboats and vintage cars. (The £50K price tag is making more sense now).

Alex now does two or three of the pre-wedding shoots every week – and the demand for the new trend is growing as couples do their best to show off their love before their big day.

In some ways it makes sense, on your actual wedding day there might be too many distractions to get the perfect pictures – so doing the shoot beforehand could mean you look more relaxed.

But when the average wedding in the UK costs more than £30,000, the extra expense of a pre-wedding shoot might just blow your budget.