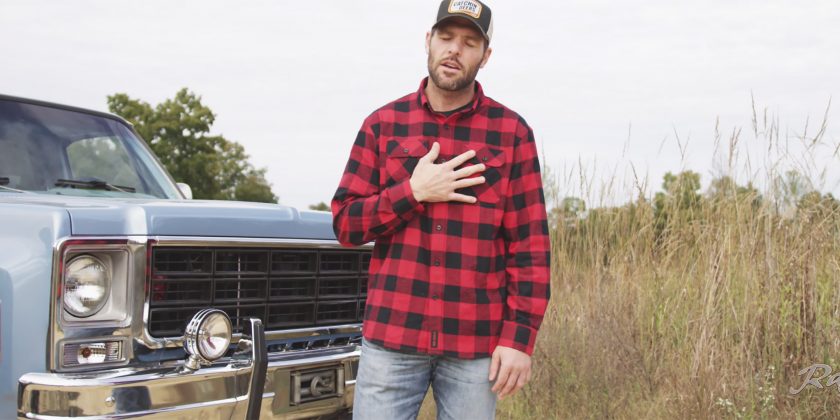 Carrie Underwood‘s got some competition!

The singer’s professional hockey star husband, Mike Fisher, traded his mouthpiece in for a microphone when he hopped into the recording studio to spoof her hit song, "Before He Cheats," ,” and then teamed up with Entertainment Tonight to reveal the music video clip on Monday.

Throwing a hunting-themed spin on Underwood’s 2006 hit, he titled the parody “Before She Bleats” to promote his hunting apparel brand, Catchin’ Deers, which he founded with his friend, Austin Casselman.

“I think most people know she’s not a hunting fan, so I think she wanted to be able to plead the fifth and then be surprised,” Fisher said about the "Cry Pretty" singer’s thoughts on the rendition. “We just wanted to have fun with it [and] obviously showcase my vocal talent.”

“A doe will make a bleating sound in mating season … it’s called a bleat,” Fisher explained about the theme of the tune.

RELATED: Carrie Underwood’s Comments on Having a Baby After the Age of 35 Leave Fans Divided

While the GRAMMY award-winner opts to maintain a vegan diet, the video emphasizes the differences between the two. “Opposites attract,” Fisher, 38, said. “My wife is the best. She puts up with my hunting and she loves me.”

As for how she’ll react when it comes to Fisher promoting hunting, he says it’s “better to ask for forgiveness than permission,” adding that Underwood, 35, will “have a laugh with it” thanks to her phenomenal sense of humor.

RELATED: From Having More Kids to Touring with Her Son: Everything Pregnant Carrie Underwood Has Said About Motherhood

After celebrating eight years of marriage in July, the pair announced in August that they are expecting their second child. The new baby will join the couple’s 3-year-old son Isaiah Michael.

“She’s doing great,” Fisher said when asked about Underwood’s pregnancy. “We just moved. So, we’ve been packing and getting settled in our new house.”