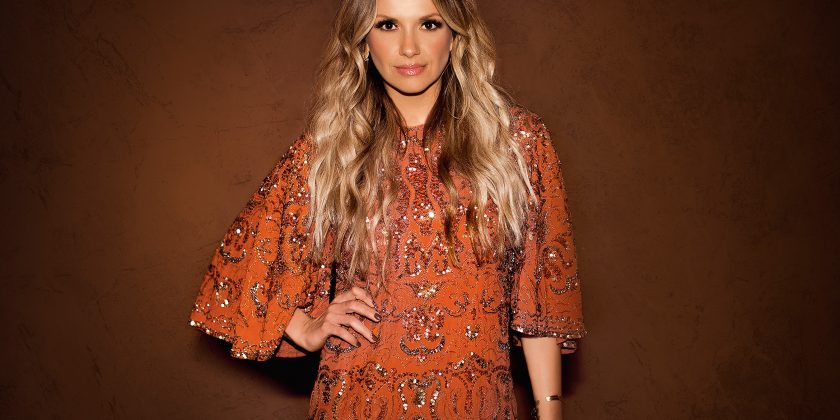 If you hear a little extra sizzle in Carly Pearce‘s voice as she sings her brand-new single, “Closer to You,” there’s no surprise where it’s coming from.

“I am totally in love,” says the 28-year-old Kentuckian, who’s now one-half of country’s newest adorable couple along with Michael Ray. “I was trying to figure out — what is the perfect and right song to show the evolution of me in the last 18 months? It felt like this was exactly what I wanted to say and exactly where I’m at.”

What’s surprising about the sexy new love song — out on Friday — is that it doesn’t appear on Pearce’s breakthrough debut album, Every Little Thing, released almost exactly a year ago. After two successful singles off the album, the No. 1 title cut and top 15 hit “Hide the Wine,” Pearce says she now wants to release music that better reflects her current mood. And “in love” has been that mood for a few months now; she and Ray, 30, revealed their relationship in July.

“I had to make a decision: Do I put out a third single on this record or do I go on?” Pearce tells PEOPLE. “Some of my other friends in the industry have really sat on their first record for, in my opinion, a little bit longer than they probably should have. For me, this is very fast, but I started hearing songs like ‘Closer to You’ and started writing some songs, and I felt like it was right to go on to the next phase.”

Co-written by Hillary Lindsey, Gordie Sampson and Troy Verges, “Closer to You” was pitched to Pearce, she says, around the time she and Ray were falling in love, and it wasn’t hard to identify with “that feeling of wanting to escape with that person that you love and get away from everything. I can relate so much to that.”

She can relate, no doubt, because the two artists are so often headed in different directions, a challenge they’ve become determined to overcome. Early on, Pearce says, she received important advice from two pals in relationships with other artists: Maren Morris, who’s married to Ryan Hurd, and Kelsea Ballerini, who’s married to Morgan Evans.

“They told me you have to set boundaries of the time you spend apart,” she says. To Pearce and Ray, that has meant adding even more travel to their schedules.

“We are always apart, but it’s oddly the number one priority for both of us to be together,” she says. “He’s very good about showing up at shows for me or I fly to him. I used to be such a homebody, and I missed my home on the road a lot. But now home is where he is. So if that’s on his tour bus, cool. I’m going there instead of going home. … It doesn’t feel like a sacrifice to me. It feels like a desire.”

And yes, she says, no one is more shocked than she is that words like that are coming from her lips. “I can’t even believe I speak the way that I do,” she says. “Like, who are you?”

But then, she says, she has never felt this way before. “This is my person,” she says, “and I’ve never confidently said that. Yeah, there is a knowing. I knew it very early, and it’s just continued to be solidified and confirmed.”

She confesses she never thought she’d date another artist, and she acknowledges, “our relationship makes no sense on paper … But on so many levels he gets things that nobody else will ever understand, and for us it works.”

Now she’s finding joy in the fact that friends and family can also see the couple’s compatibility. “What has been really sweet for us is that everybody gets it, and everybody is excited and sees that it’s real and genuine,” she says. “You know, people have said to me, ‘It makes perfect sense to me,’ and I love that.”

So what lies ahead? Pearce definitely has a clear vision of her professional future: a guest appearance on “Dancing with the Stars” on Monday and in the Macy’s parade on Thanksgiving, first-time concerts in Great Britain and Australia in March, more yet-to-be announced tour dates and the release of her second album by summer. Five cuts are already done, she says, and yes, you can probably bet on hearing a duet with Ray on the final product.

They first harmonized publicly back in August on Johnny Cash and June Carter’s “Jackson,” torching the Grand Ole Opry stage as they locked eyes and sang, “We got married in a fever, hotter than a pepper sprout.”

Not to mention, that’s a pretty steamy song about commitment.

“Yeah,” she not-so-subtly hints, “I’m sure we’ll live those lyrics.”