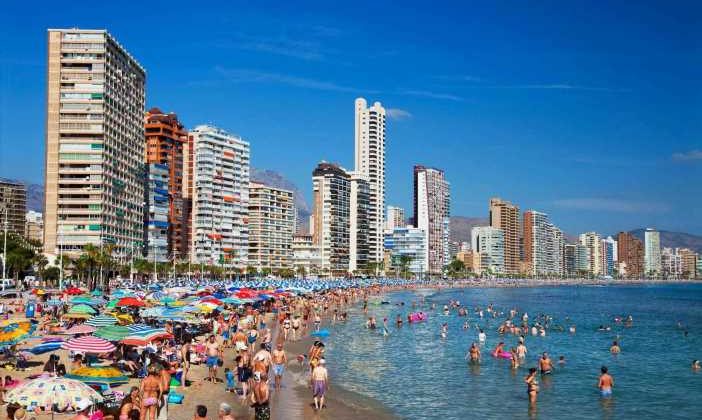 BRITS heading for holiday hotspots in Spain will have to pay a new tourist tax from next year.

Local councils in the Valencia region have been given the go-ahead to apply a charge of up to €2 (£1.75) per person per night in a controversial move.

Benidorm officials have distanced themselves from the tax, saying they will "never" impose it, but other areas of Valencia are keen on the idea.

Despite their stance, there are still fears that Benidorm could change its mind due to increased financial pressures.

The Valencia region includes the Costa Blanca where millions of Brits head for their holidays.

Approval for the new charge anywhere in Valencia was published today in the Official Gazette of the Generalitat Valencia.

It will be known as the Valencian Tax on Tourist Stays (IVET) and could bring in €30million (£26m) a year to spend on green projects.

In an unexpected move, the Valencia council has also extended the tourist tax to include cruise passengers.

The tax will have some exemptions, including children under 16 years of age and some disabled people.

PAIN IN THE CLASS

The Valencia council says tourism is an activity with a great impact on the economy in terms of income and employment and is the main driver of the service sector.

But, as reported by Spanish newspaper Informacion.es, money is needed to "improve the quality of the tourist service and the environment”.

Earlier this year, a pressure group was launched in Valencia to oppose the new tax.

Protestors say they area has already suffered enough from the coronavirus pandemic and doesn't expect to recover until at least 2024.

They said: "Now is not the time to impose any sort of tourist tax."

"Tourism is the activity that has suffered the most during the pandemic. It is still a long way from recovering employment and turnover levels from before the Covid-19 crisis.

"Tourism has lost competitiveness in these two long years of pandemic.  At this time, the priority for all, businessmen, workers, governments and politicians, has to be to consolidate the recovery of tourism in the Valencian community.

"There should be no increase in tax pressure. The policies must concentrate on increasing quality, improving the tourist product and facilitating the arrival of tourists."

Benidorm has yet to confirm its stance but last December, its mayor, Toni Perez declared: "No and never! We will not apply it!"

He said asking holidaymakers to pay an extra fee per night when they are on holiday will "penalise tourist activity".

He added that Benidorm has always rejected the idea and will resist all efforts to apply it.

And here are 28 other locations also considering implementing new charges for holidaymakers.