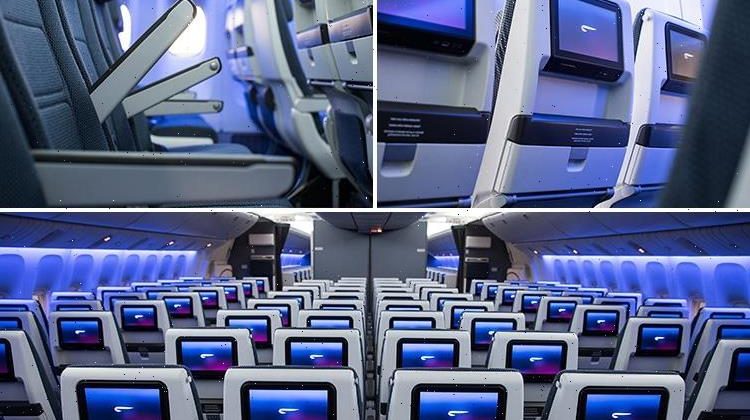 The refresh will see 50 per cent bigger screens to watch films and TV on, but there is one drawback – even more seats in each row. 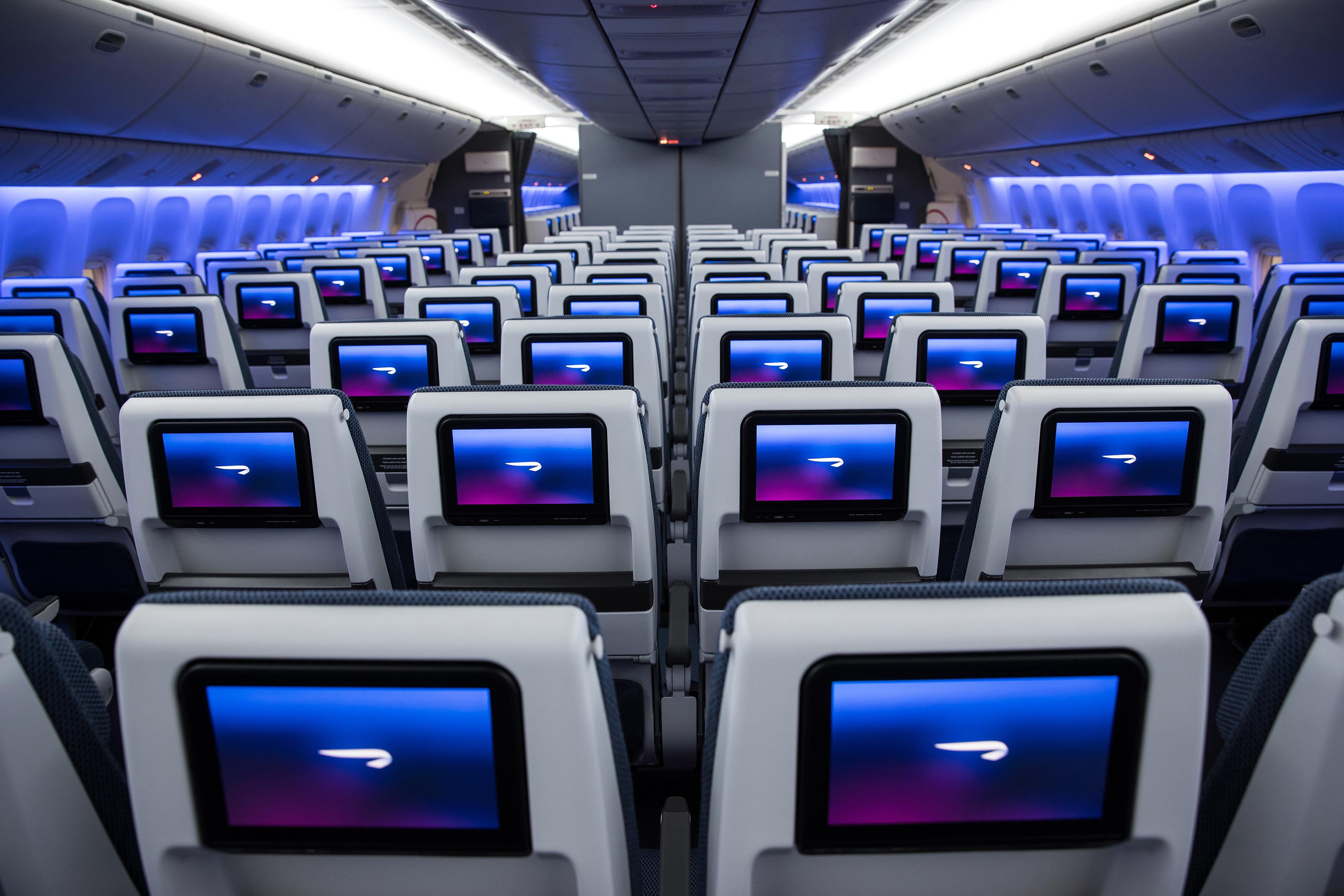 The reconfigured fleet serving London Gatwick will have 10 seats abreast in economy class with the existing set up of just nine.

That means that the width of the new seats will have almost an inch less space than before.

BA bosses have previously said the new layout will help it reduce the average cost per seat and enable it to keep fares down.

Routes served by the aircraft include Punta Cana in the Dominican Republic, Cancun in Mexico and Kingston in Jamaica. 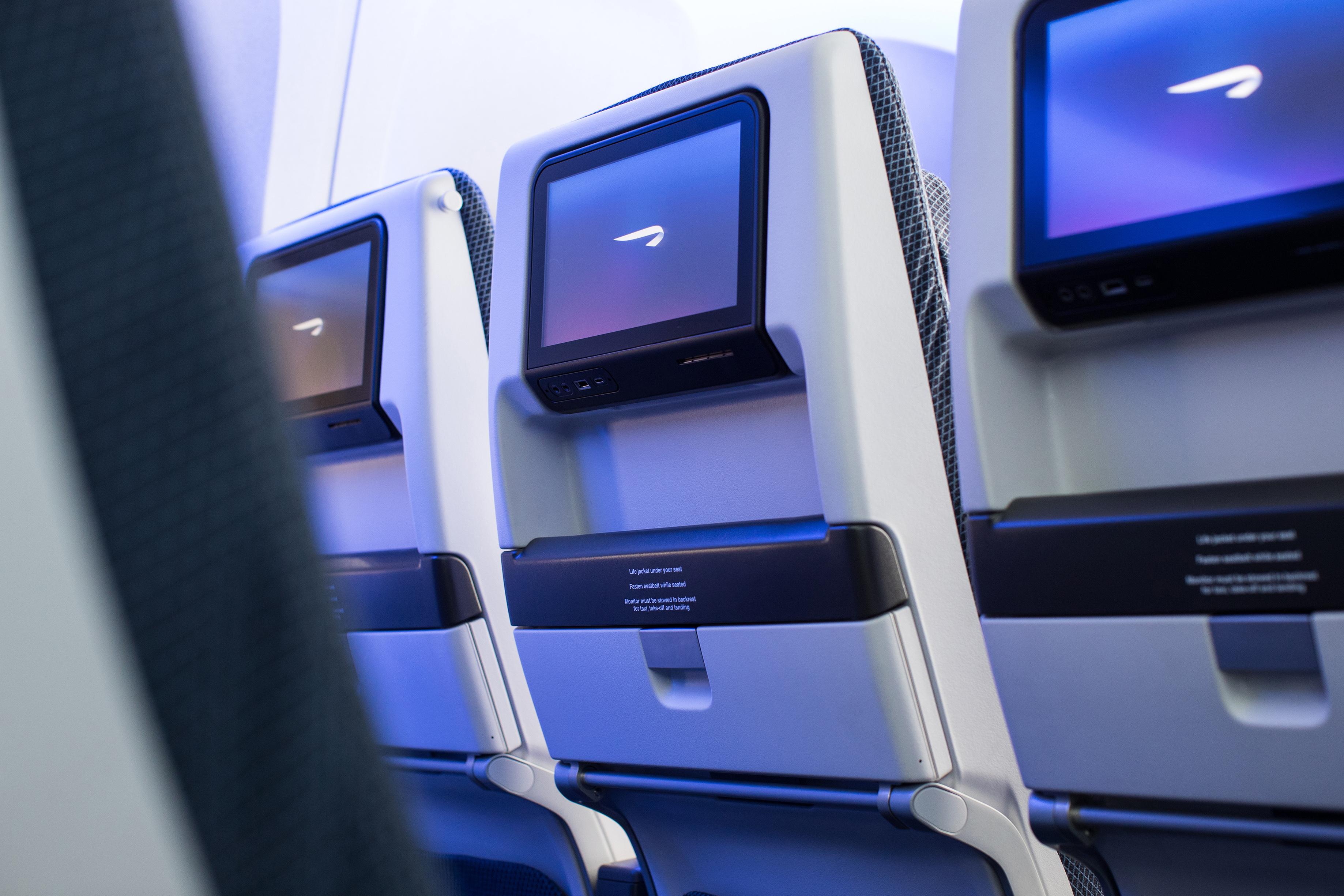 All ten of BA's Boeing 777s at Gatwick will undergo the revamp. Six will be completed by this winter and the final four by summer 2019.

While the seats have lost some space, they do have several upgrades thanks to a complete redesign. 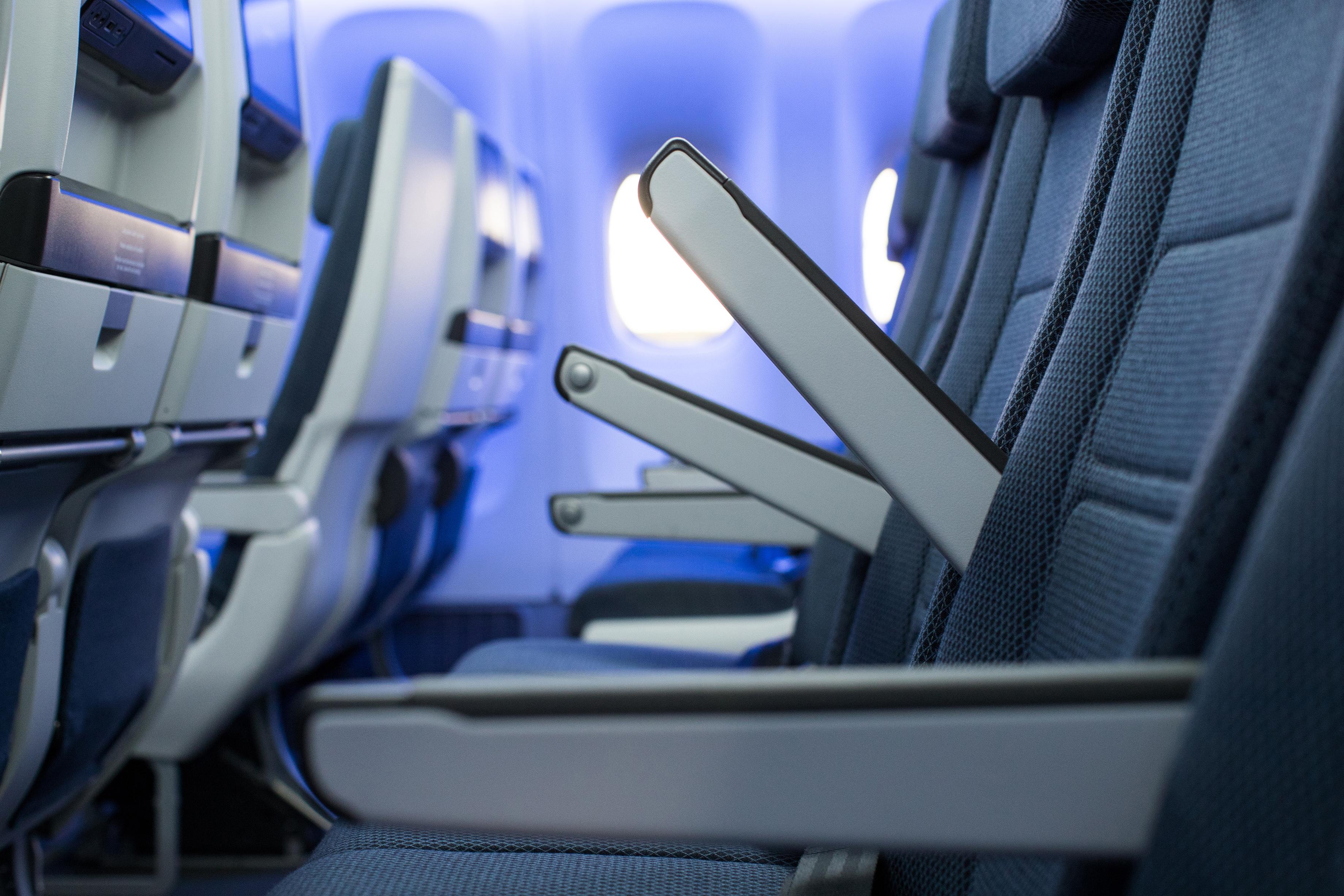 The bigger entertainment screens will now have four times as many films and TV shows and will double from six to ten inches in economy and six to 12 inches in premium economy.

Those in premium economy, who pay more than economy for bigger seats and upgraded food, will now get footrests as well as six-way adjustable headrests, making flying far more comfy.

They will also get a cocktail table. 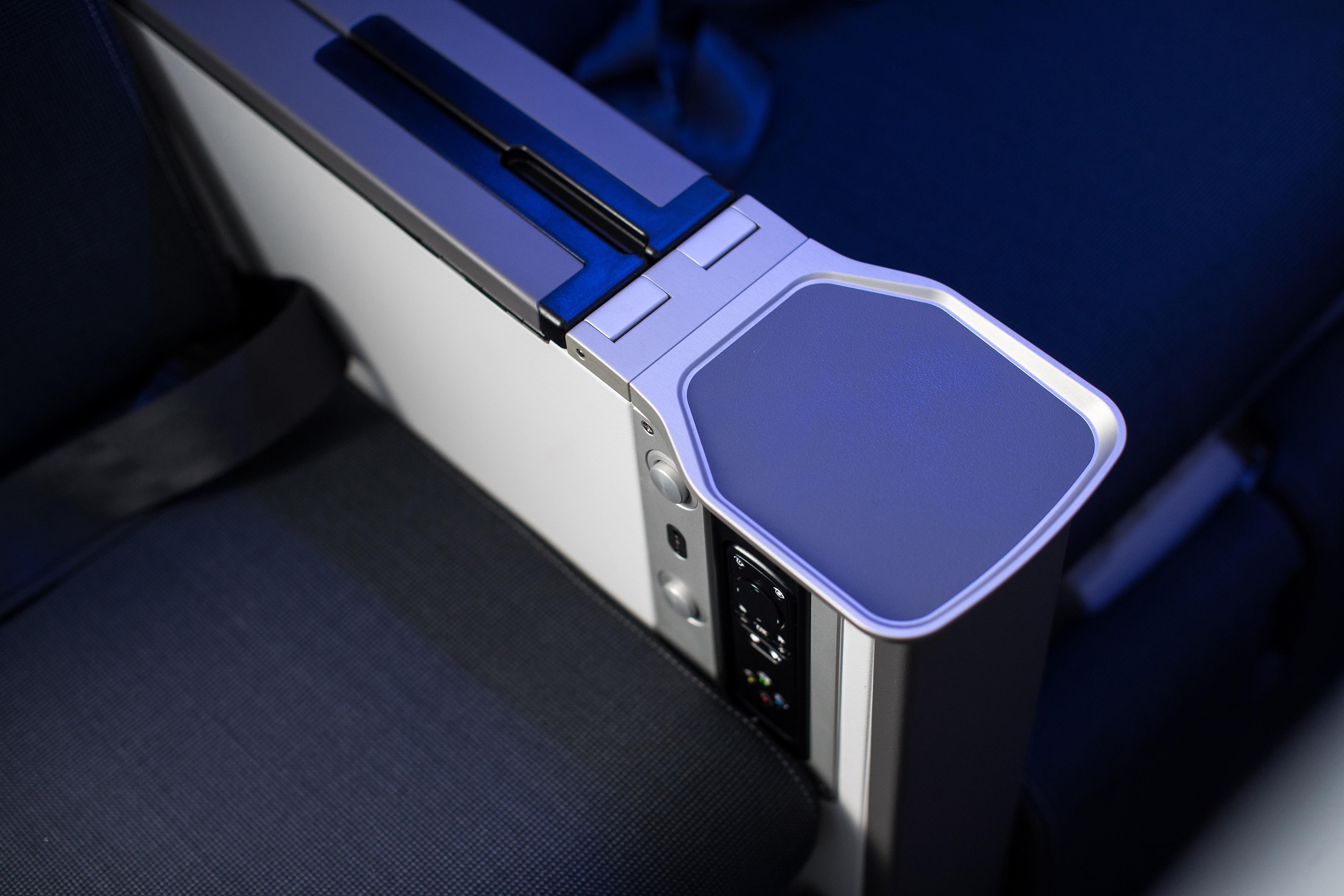 The new planes will also have special lighting to lessen the effects of jetlag.

A press release reads: “Bespoke lighting has been fitted in every cabin and can be set to reflect the time of day.

"[This will help to] lull travellers to sleep at night and wake them in the morning so customers arrive feeling fresher.” 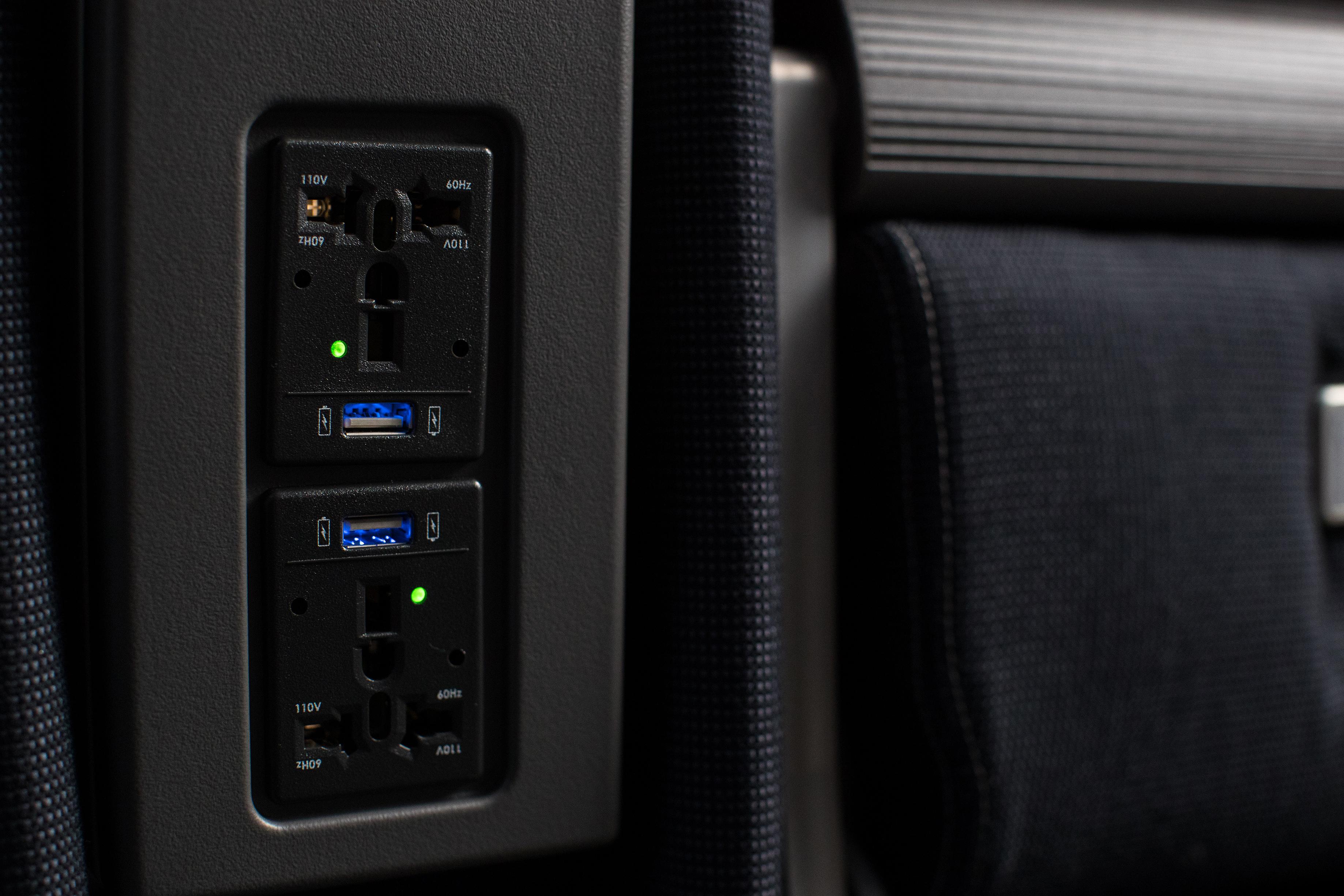 Sean Doyle, British Airways’ director of network and alliances, said: “We are one of the very few global airlines that offers a choice of four cabins for customers to travel in and World Traveller Plus appeals to a broad mix of both leisure and business travellers.

“In response to demand we’re increasing the size of the cabin so we can offer more of these popular seats to our customers, while keeping the cabin intimate and retaining the expert, attentive service that our travellers love.”

Back in January the airline announced that economy passengers would be getting “more, better quality food and greater snacking options” during flights.

Sun Online Travel has contacted British Airways for a comment on the shrinking width of their seats.

Last month, we reported that British Airways is finally introducing Wi-Fi on its planes.

The airline has also announced that senior cabin crew are being axed – despite record profits.