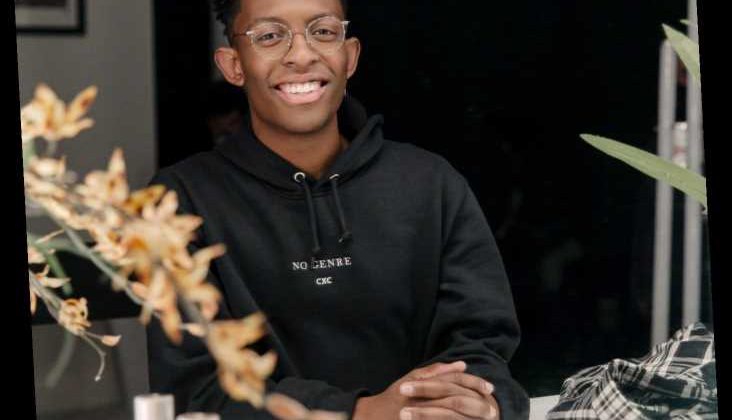 As a little kid, Breland had some big dreams. First, he wanted to become a pastor. After that, he wanted to own his own football team. And to top things off, he wanted to serve as the governor of his home state of New Jersey.

But instead, he became somewhat of a musical genius.

"I've always been obsessed with the butterfly effect and seeing what one small decision can turn into," the rising country music star with the ever-present smile tells PEOPLE in a recent interview. "My career is largely the result of small decisions that turned into big outcomes. It's definitely all a part of how I got here."

It's this lofty idea that is visualized exquisitely in Breland's music video for his current single "Cross Country," a sweet jaunt into the life of Breland thus far, merged with a mirage of the 'what ifs' that is never far from his mind.

"It's always been important for me to be able to tell all of my story," says Breland, 25, who is exclusively premiering his BTS video for "Cross Country" on PEOPLE. "Storytelling is one of the things that drew me to country music in the first place. It gives people a platform to share what they have been through and how they got here." And how Breland got here is a story for the ages, a story with twists and turns and stops and starts, a story that one must understand to truly understand him.

Initially inspired by the music of artists such as Rascal Flatts, Stevie Wonder and The Beatles, the Georgetown University graduate broke through as a songwriter thanks to cuts with rappers like Elhae and YK Osiris. But in 2020, mere weeks before the cruelty of the pandemic began, Breland made the career-altering decision to share his rendition of his insanely infectious song "My Truck" on social media … and the world went wild.

"I've always been a bit of a risk-taker," says Breland, who scored a big-time record deal soon after and has since collaborated with everyone from Keith Urban to Justin Bieber. "I'm a 'try anything once' type of person, and that's what essentially made me want to release 'My Truck.' I was just like, 'We might as well try it.'"

Ultimately, "My Truck" not only materialized into his breakout debut single, but went on to go platinum, bolstered by the song's remix featuring Breland alongside country superstar Sam Hunt. Throughout the past year, the song has gone on to rack up more than 200 million streams, with its music video amassing over 40 million views.

"It was cool to have such a viral single with no other music out before it, but most people were saying, 'Who is this guy singing?'" admits Breland, whose love of music was ignited at an open mic show that he did in his freshman year of high school. "You can explain who you are in interviews and radio shows, but to be able to do it in a song, I feel, is the best way to do it as a country artist."

And he does just that in his new genre-blurring single "Cross Country." Want to get the biggest stories from PEOPLE every weekday? Subscribe to our new podcast, PEOPLE Every Day, to get the essential celebrity, entertainment and human interest news stories Monday through Friday

But he took it one step further in the "Cross Country" music video.

"This was fully my brainchild," says Breland of the concept behind the James Larese-directed music video in which he essentially plays himself in two very different life scenarios. "I have chosen to make decisions that people did not always understand, one of them putting out a song like 'My Truck' after writing R&B and hip-hop for years. It's not a decision most people would have made, but I wouldn't be in this position if I didn't."

"The cool part is not either universe is better or worse," says Breland of the video that was shot entirely on a Los Angeles studio lot, while following the strictest of COVID-19 restrictions. "There might be more obvious payoffs on the left, but on the right, you get to have a wife and a happy daughter that makes any tough day at work worth it."

Well, about that 'happy daughter.' Breland admits that the adorable 18-month-old that stars in the video ended up being a somewhat cranky 18-month-old once the shoot began.

"By the time we started shooting, she was tired, and she just wasn't having it," says Breland with a laugh. "Her father obviously was there on the set, so he decided giving her a banana might help, but then she proceeded to wipe that banana all over my shirt! She was so cute though. She brought a lot of beautiful energy to the set."

And even he admits, the mere act of holding the little girl in his arms had Breland thinking about life in general.

"That's how I feel about all of this," he concludes. "Whether I made it in music or not, I would have been grateful. I would find my joy and my purpose, no matter what. That's just who I am."