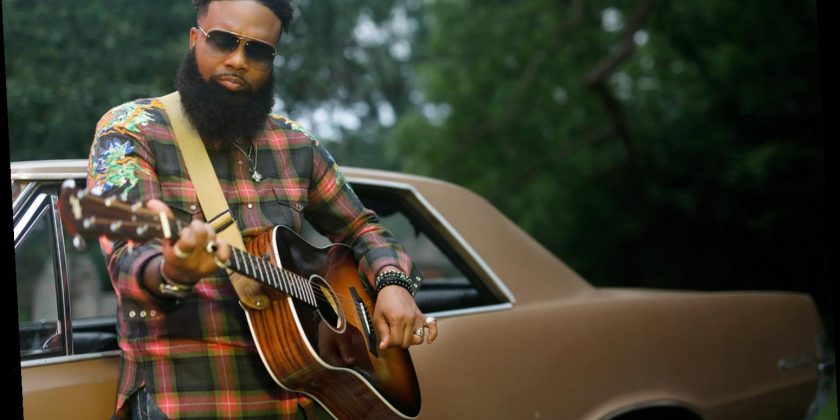 Blanco Brown should have been dead.

But somehow, Branco Brown was alive. And as the country music hitmaker opened his eyes for the first time in that cold and lonely hospital room last August, there was only one thing Brown could even think of doing.

"At that time, you pray," Brown, 35, says thoughtfully during a recent interview with PEOPLE about the motorcycle accident that came terrifyingly close to ending his life. "You pray that everything is going to go okay. And that you get through things. But if you've never been through anything so traumatic, you really don't know what to expect. So, in my mind, and at that moment, I'm thinking, 'Okay, I hurt. This is real bad. But by next weekend, it'll cool down.'" But the next week, Brown says the pain got even worse. And now, nearly seven months after the accident, Brown still finds himself in a state of relentless discomfort.

It was Aug. 31, 2020 when the mastermind behind the 2019 viral hit "The Git Up" strapped on his Bell helmet, put on his Indian moto jacket and proceeded to hop on his Indian motorcycle for a carefree ride in the Atlanta sunshine.

That is, until the unthinkable happened. "I seen the lights coming at me, and I was just like, 'Hmm, is this really happening?' recalls the Grammy-nominated producer, whose debut album Honeysuckle & Lightning Bugs was released back in October of 2019. "I knew it was serious as soon as it happened. I just remember looking at my wrist that was broken and knowing I couldn't move. You can't get more serious than that. One minute, you're walking. The next minute, you're down."

Brown was rushed to a local hospital and immediately underwent a 12-hour surgery, as fans held their collective breath and waited for more news regarding his condition. When the news came, it wasn't good: not only did Brown suffer a broken pelvis, but he also broke both of his legs, both of his arms and both of his wrists.

"You wake up in a white room, with everything in white around you and it just feels surreal," Brown says, recalling the moments he laid in his hospital bed completely alone following the accident due to the COVID-19 restrictions at the time. "I didn't have a phone or anything. I didn't even have music. I started making beats in my head to the heart monitor and people's footsteps. I didn't have the use of my hands because both of my wrists were shattered. So, I was in a really distant space. You're thinking about a lot of things when you're laying there." Pair that with the fact that at first, Brown had no idea how serious the injuries to his legs actually were. Would he ever walk on stage again, much less perform?

Altogether, Brown spent almost an entire month in the hospital, with half of that time in the ICU. From there, he would move temporarily into his father's house, frequently traveling back and forth for physical therapy. Currently, Brown is living on his own, splitting his time between his home in Atlanta and his home in Nashville, continuing perhaps the hardest part of his fight thus far. And that is the fight to remain positive.

Brown remains committed to not turning into one of those people.

"You got to go into it with a positive mindset," continues Brown, who says he has every intention to perform onstage again. "That way, when you come out of the other end, everything that you went through at your worst times means more when you're going through them at a time where you're actually healed or healing. I couldn't be down. I am just going to be worse off. Crying, being ashamed — that ain't my type of thing." Coincidentally, at the very same time Brown has been enduring one of the hardest periods of his life, he has been emotionally bolstered by good news — namely the chart success of his collaboration with country group Parmalee on their addictive song "Just the Way," which is No. 1 on Billboard's country airplay charts this week.

"Just imagine being in one of the darker spaces in your life, but still being positive," Brown remarks. "And then hearing your music's still climbing up the charts. And then, 'The Git Up' started trending Top 10 again on TikTok. That type of stuff … it's amazing." "When it hurts so bad, you can't write," admits Brown, who plans to release a new single this summer and release a new album as soon as this fall. "I just started back [writing]. And everything is going great. Same purpose, same meaning, just a couple more stories added."