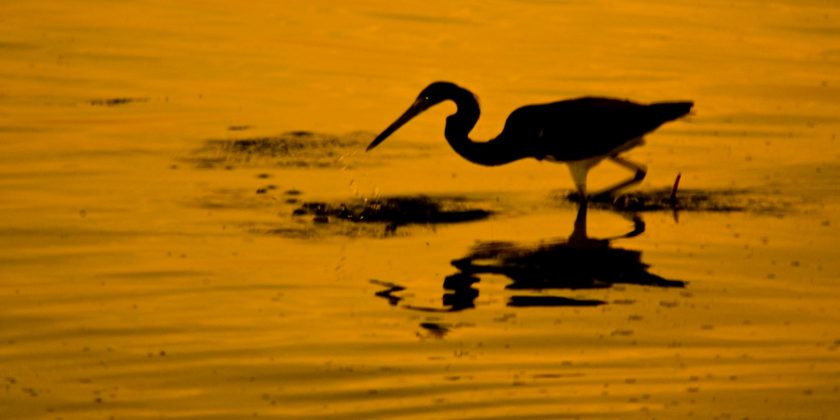 BOONVILLE, Mo. – After being gouged, carved, cut and shifted by glacial forces, the Missouri River flowed free and ran wild for millennia. The result was a surrounding bottomland nourished by the natural pulse of the river. Wildlife flourished in these bountiful surroundings.

Native Americans lived with the rhythms of the river for centuries, but things began to change after Europeans arrived. Commercial travel proved treacherous. In the century following Lewis and Clark, more than 300 steamboats sank in the Missouri, victims of the river’s countless snags, shoals and ever-shifting sands.

Eventually, the upper and middle Missouri were dammed; the lower river, including the winding 367-mile stretch that connects Kansas City and St. Louis, was channelized, the banks stabilized and the river made navigable.

Timber was felled and croplands appeared. The rich, lush bottomlands, no longer benefiting from the river’s natural ebb and flow, became less favorable to wildlife.

Then came the Great Flood of 1993 and its unequalled havoc. For months, the floodwaters raged. When the waters finally abated, the landscape had changed, as had the lives of many people who lived and worked near the river. Thousands of acres of productive farmland, for example, had been blasted by the torrent and scarred by the sands it had left behind. Many areas were marked with scour holes. The price tag for repairing the damage soared into the billions.

The year following the flood the U. S. Fish and Wildlife Service established the Big Muddy National Fish and Wildlife Refuge. The refuge wouldn’t prevent another flood but it would make some areas better suited to handle one.

“There had been talk of establishing a refuge for a long time,” said Anna Weyers, a refuge specialist for the Big Muddy property. “They had talked about the importance of having a refuge that would protect the flood plain.”

The historic flood helped push the refuge off the planning board and into reality.

No property was (or will be) confiscated for the refuge. Property is purchased only from sellers, several of which stepped forward following the crushing effects of the flood.

“We had a lot of damaged flood-plain lands and a lot of willing sellers,” said Big Muddy park ranger Tim Haller.

Much of that property had been in crop cultivation. But what had been soybean and corn fields are, today, hardly recognizable thanks to reforestation, which has occurred at a stunning rate.

“We have a mosaic out there,” said Haller, who has seen much of the forest return during his 17 years at Big Muddy. “We have some open lands and some that are pretty heavily forested, mostly cottonwoods and willows. It’s amazing how quickly the forest has developed.”

The refuge was officially established Sept. 9, 1994, although the first property wasn’t purchased until the following year.

Today Big Muddy includes about 21,000 acres in 17 units from just east of Kansas City to north St. Louis County, not far from the Missouri’s confluence with the Mississippi River. Most of the refuge property hugs the river corridor, although there are a few small outlying tracts.

The Big Muddy (the name comes from the Missouri River’s historic nickname, inspired by the heavy sediments the powerful river carries) is unique among the more than 500 properties in the federal national wildlife refuge system, according to Weyers.

“Big Muddy is different because a lot of the refuges are protecting a specific species or several species. Or a migration,” she said. “At Big Muddy it’s to protect the flood plain. The flood plain and its species.”