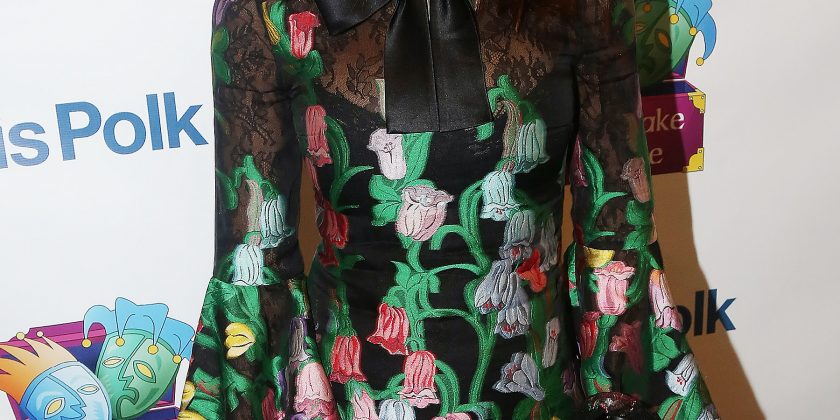 Traveling by air has not been easy recently for Bethenny Frankel.

On Thursday, the Real Housewives of New York City star wrote a series of tweets calling out both Delta and American Airlines for reportedly continuing to serve cooked fish on their flights despite her notifying the airlines of her severe allergy to the food.

Frankel claims that most recently, she contacted an airline to inform them of her allergy and request that they not serve any cooked fish on her upcoming flight, but they reportedly wouldn’t take the item off the in-flight menu.

“You can’t write this,” Frankel, 48, tweeted on Wednesday. “Now another airline is serving cooked salmon for my next flight. I have contacted them multiple times to no avail. I guess I’ll have to take another poll w my cabin. BC everyone is dying to eat cooked fish on a plane.”

In a follow-up tweet, she seemingly identified the airline as Delta, writing, “Ok tweeps please educate @Delta who just told me that ‘fish allergies are not considered airborne.’ Who has the article about the poor little boy who died of exactly that?”

Frankel is seemingly referencing a recent story about a young boy from New York whose family claims he died after fish was cooked near him. His cause of death currently remains under investigation, and a medical examiner told the New York Times, the results of an autopsy may not be released for weeks. The incident occurred on New Year’s Day.

A representative for Delta tells PEOPLE that the airline has been in contact with Frankel.

“We have been in touch with this customer directly to understand her allergy and do what we can to accommodate her needs to the best of our ability. As part of Delta’s focus on creating a safe cabin experience for all customers, we have policies in place to support customers with allergies,” the spokesperson says. “This includes making cabin announcements to alert other customers of known allergies, offering pre-boarding to customers with allergies so they can cleanse their immediate seating area, creating buffer zones onboard and offering a variety of special meals for customers with specific dietary needs.”

Reps for the reality star had no additional comments.

Earlier this month, Frankel described another in-flight experience involving fish that came just weeks after she suffered a near-fatal allergic reaction to the food. On Twitter, she revealed that when she boarded the flight, which she later revealed was operated by American Airlines, she discovered they were serving bass, despite her calling ahead to make sure there would be no seafood on board.

After bringing the discrepancy to the attention of the crew, Frankel, 48, said the pilot “delightfully announced” to all of the passengers that they would have to turn around — something the star said she tried to stop so as not to inconvenience other passengers.

“Called airline mult [iple] x [times] to say I have fish allergy. Got on & they’re serving bass,” she tweeted on January 3. “They couldn’t not serve it they said. Then they were turning around which I protested bc it would delay people. Cabin asked to not serve it & pilot made announcement to plane. That was fun. #epilife.” She has since clarified, that the plane did not end up turning around.

WATCH THIS: Bethenny Frankel On Helping Hurricane Victims One Year After Devastation: ‘It’s Changed My Life’

At the time, the reality star would not identify which airline she was flying, only writing, “this airline knows who they are.”

But on Thursday, Frankel seemed to ID the airline from that incident as American Airlines, calling them out in another tweet in which she claims the airline informed her they would not stop serving fish on future flights when she is on board.

“It was @AmericanAir who said they couldn’t not serve fish: Then after a vote, pilot made announcement to the plane that they won’t serve fish bc 1 woman has an allergy,” Frankel writes. “They say now they won’t stop serving fish which is 1 of only 1 foods proven to be airborne & deadly.”

After the death of the boy in New York, Dr. Robert A. Wood, a professor of pediatrics and the director of pediatric allergy and immunology at Johns Hopkins University School of Medicine told the Times, “We would fully expect the coroner’s report will end up identifying this as a death from asthma induced by an airborne allergen.”

Contrary to some early reports, experts explained to the outlet, it wasn’t the smell of the fish that triggered the allergic reactions, but the presence of fish protein that become airborne during the cooking process.

“Being in any area where fish are being cooked can put you at risk, as fish protein could be in the steam,” the website states.

The American College of Allergy, Asthma, and Immunology offers the same advice, saying those with an allergy should “stay out of areas where fish is being cooked, as proteins may be released into the air during cooking.” The ACAAI, also notes that a fish allergy may not present itself until adulthood. “In one study, as many as 40 percent of people reporting a fish allergy had no problems with fish until they were adults,” the site reads.

On Thursday, Frankel also responded to a Twitter user who called her a “smart business woman” and “a drama queen” for getting “an entire plane of people brought back to the terminal due to your self made dramas.”

“That did not happen,” Frankel clapped back. “The plane never turned around & I will talk about it until it gets changed. I can explain it to you but I can’t understand it for you. All of my relief work wouldn’t happen if I listened to morons like you who told me to stop & be quiet. Know your facts :)”

A spokesperson for American Airlines confirms that her flight did not turn around and completed its trip to Cancun. The spokesperson also tells PEOPLE in a statement: “We can’t accommodate requests to not serve certain foods or to provide nut ‘buffer zones.’ We strongly encourage those with allergies to take all necessary medical precautions before flying.”

“Peanuts are a cross contamination issue-not airborne,” she tweeted Monday. “Only wheat & all fish are airborne when cooked.”

Frankel has been vocal about fish allergy awareness for quite some time. In December, she was hospitalized after suffering a nearly fatal allergic reaction.

“She was in ICU for two days and just got out tonight,” a friend of Frankel later told PEOPLE. “She almost died. It was that serious. Her blood pressure was through the roof and she was unconscious. She went into anaphylactic shock. Her boyfriend saved her life.”

“Is there fish in that soup?” Frankel asked her co-stars during the episode, while they were all seated for dinner. “I’m itching. My throat is itching. I thought it was chicken, f—.”

RELATED: American Airlines Will Let Passengers with Nut Allergies Board Early and Wipe Down Their Seats

She quickly fled the room with water in her hand only to come back later to admit she vomited.

“It’s the worst feeling, your throat gets itchy, you feel like you’re going to throw up,” Frankel explained in a separate on-camera interview included in the episode. “It’s like poison inside you.”