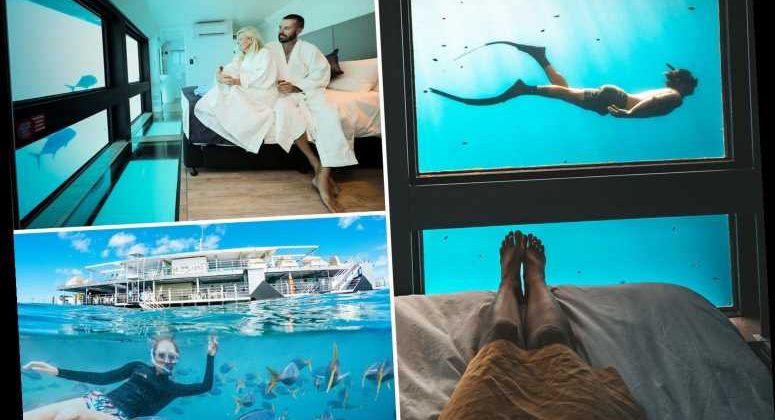 AUSTRALIA'S first underwater hotel allows its guests to sleep next to fish in the Great Barrier Reef.

Offered by marine tourism agency Cruise Whitsundays, Reefsuites opened in December 2019 and has since been offering guests views beneath the ocean in glass-walled rooms. 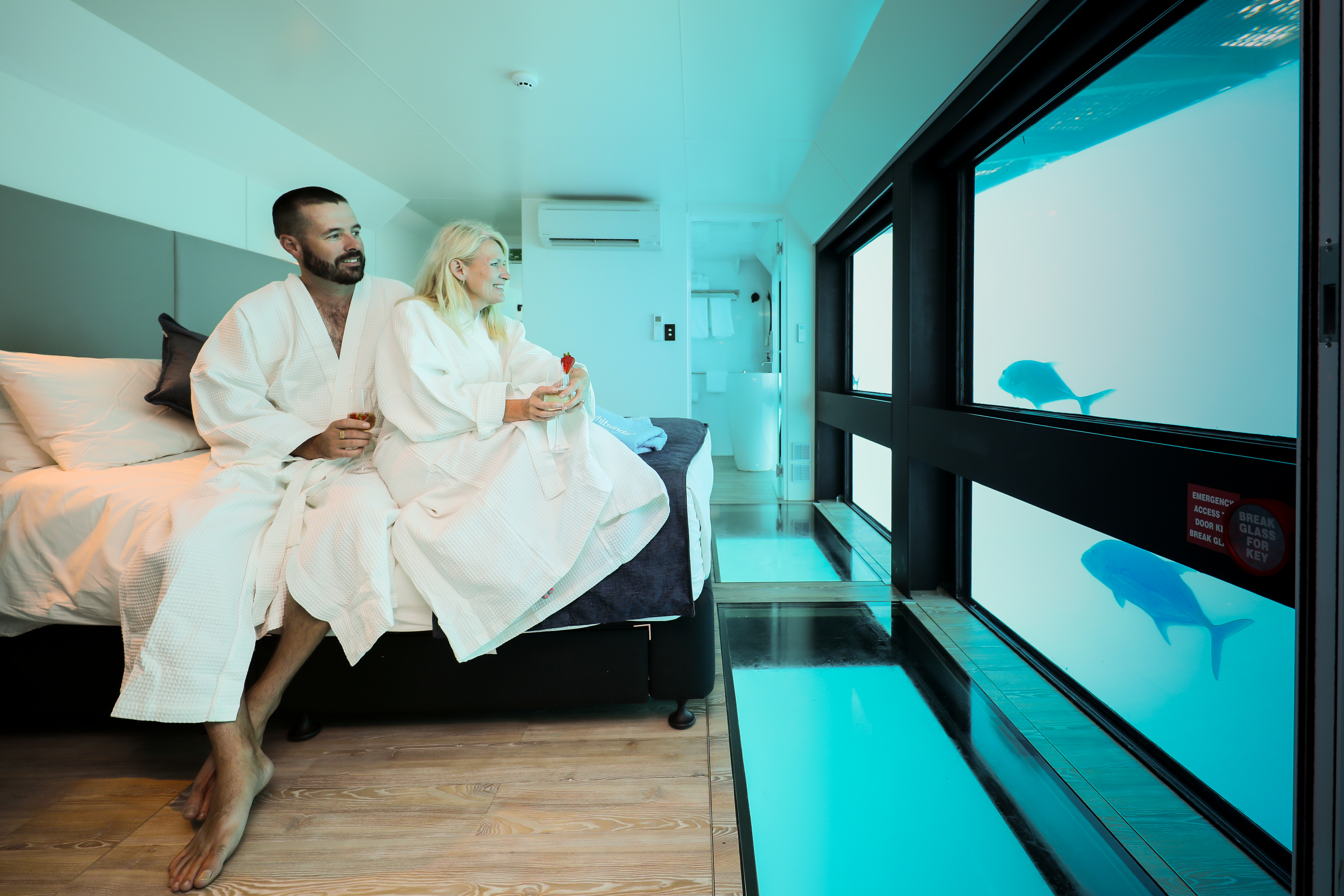 Submerged below the water on the Reefworld Pontoon, the suites look out on the coral bays of Hardy Reef.

From the comfort of their suite, guests can look out on the 1,500 types of fish that live in the world's largest reef system.

With rooms starting at AUD $799 (£443pp) per night for a double room, a stay at Reefsuites doesn't come cheap – but it's one impressive tick off your bucket list.

By day, guests can snorkel, relax and enjoy lunches on the Reefworld Pontoon, or even splash out on a helicopter flight over the reef. 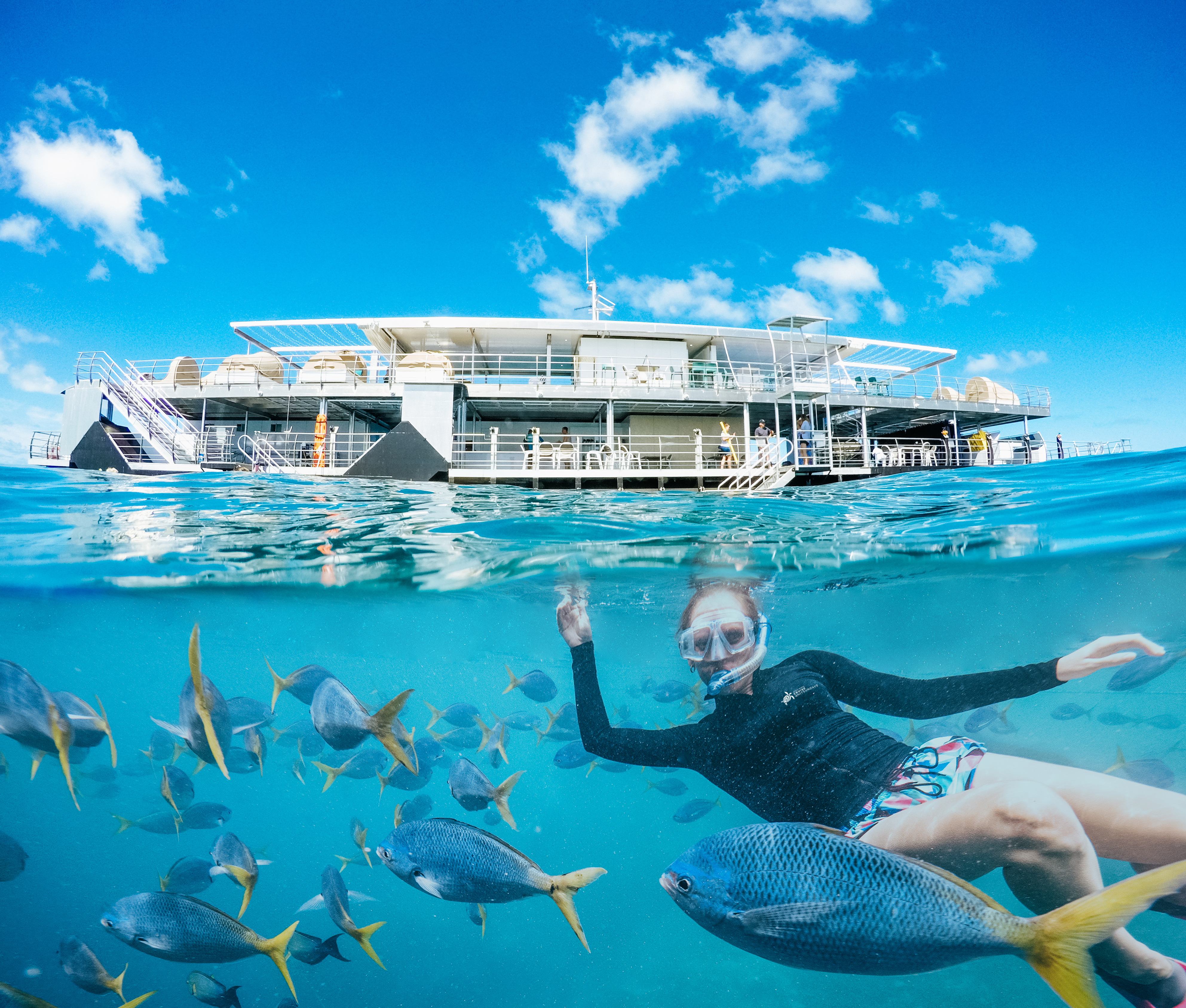 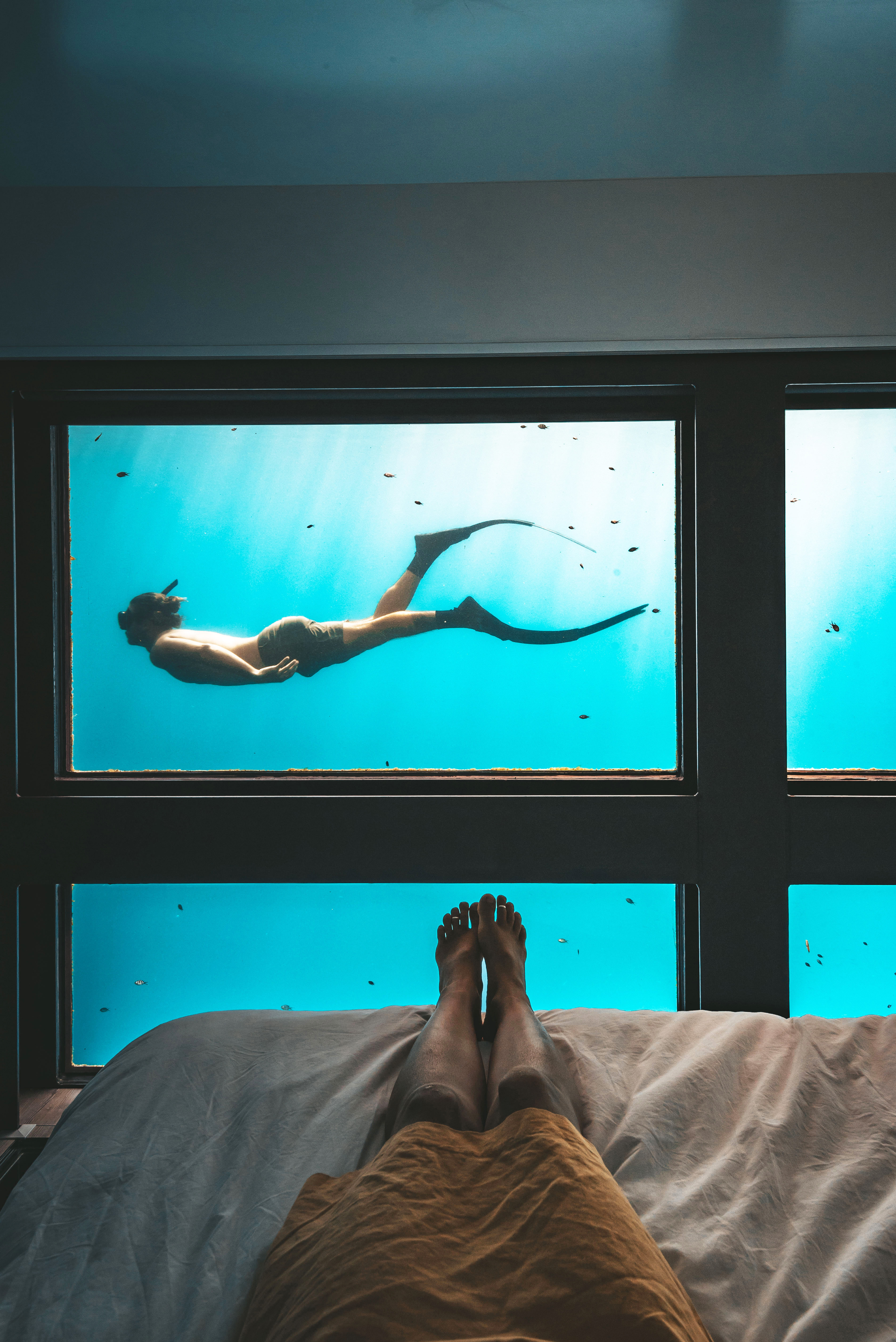 There's also the option to explore the reef with resident dive masters to see reef sharks and rays.

By night, guests return to their suites to watch the underwater world float by their windows in shades of blue-green.

Reefsuites was part-funded by Queensland government, which has rebuilt the pontoon after it was damaged by Cyclone Debbie. 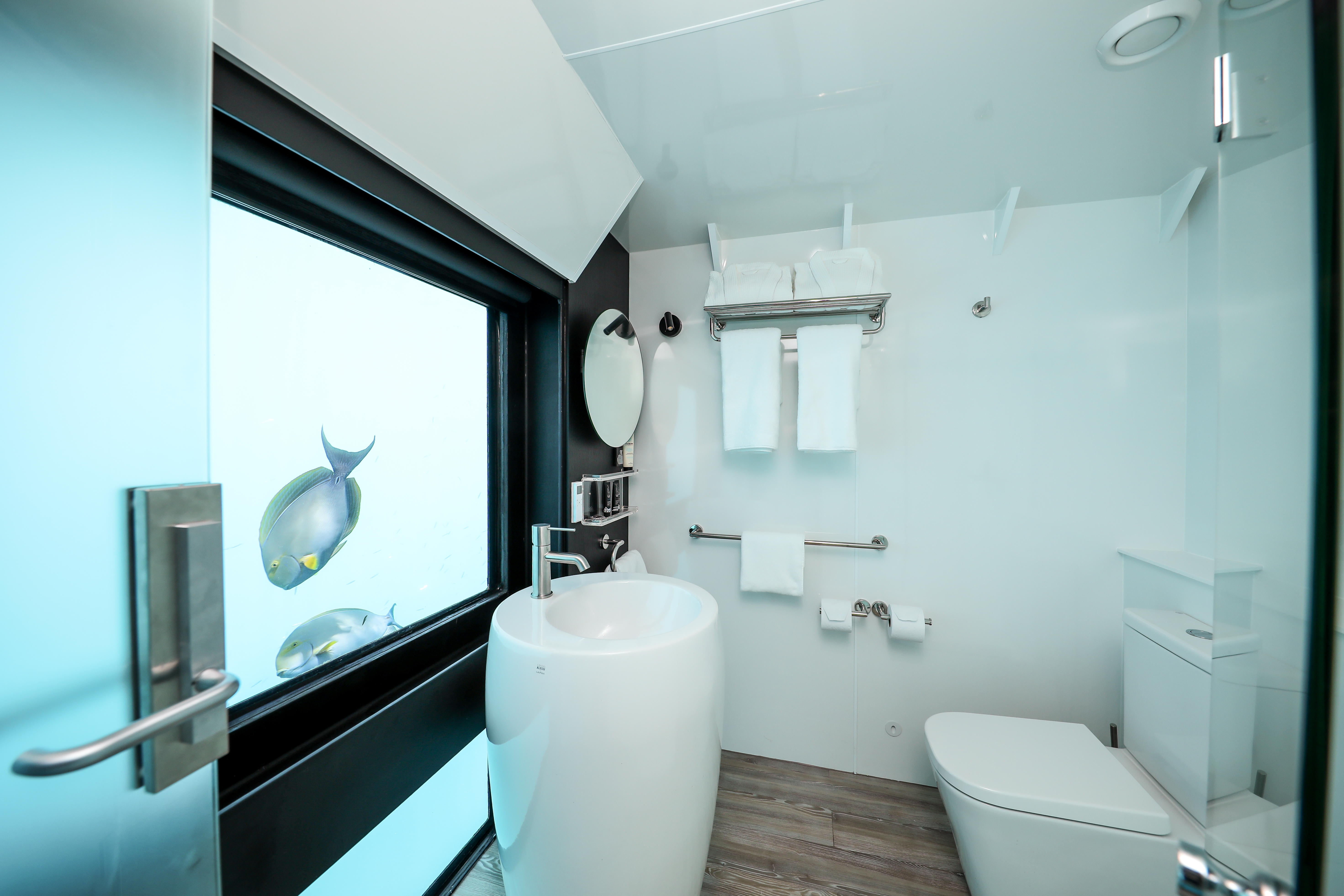 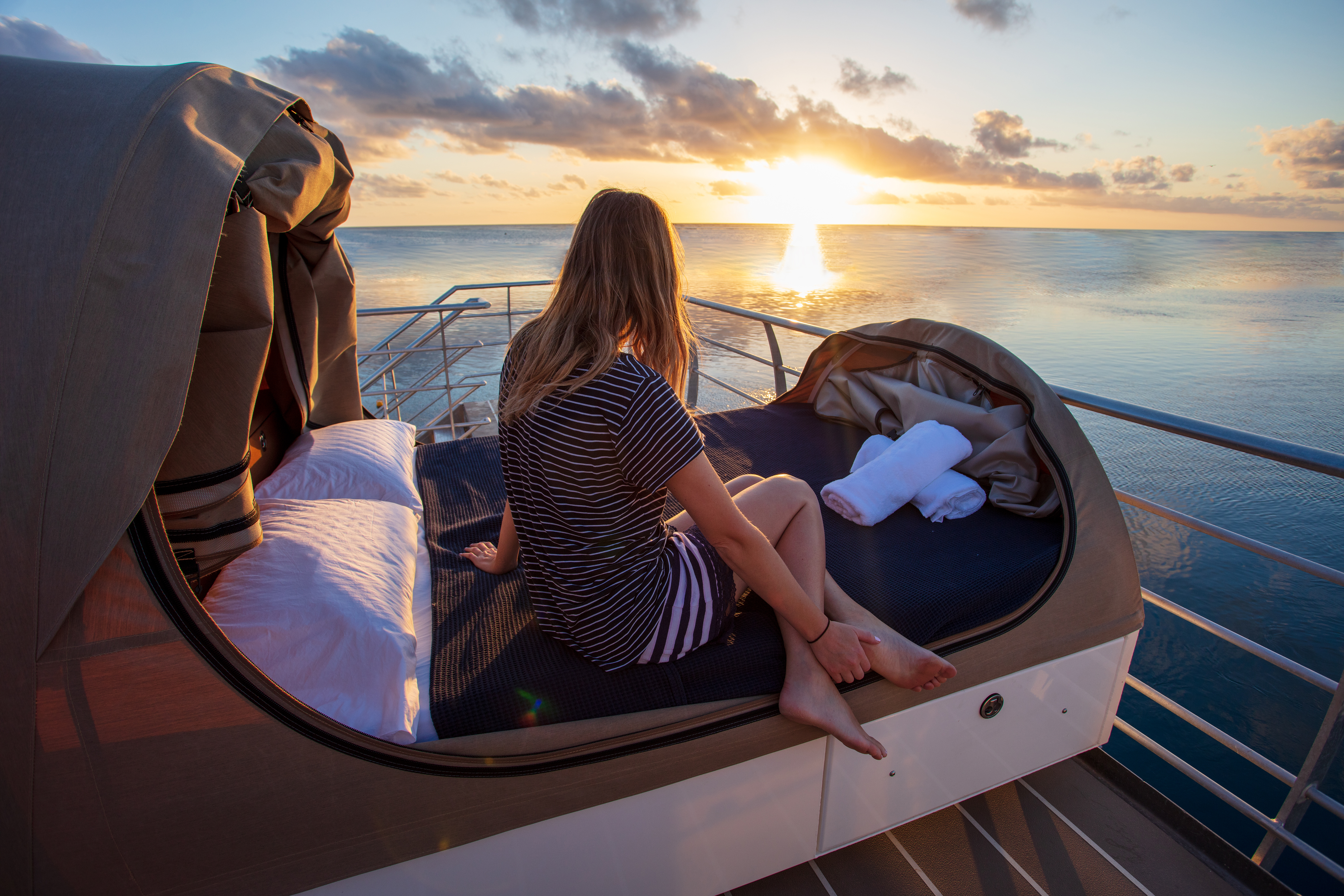 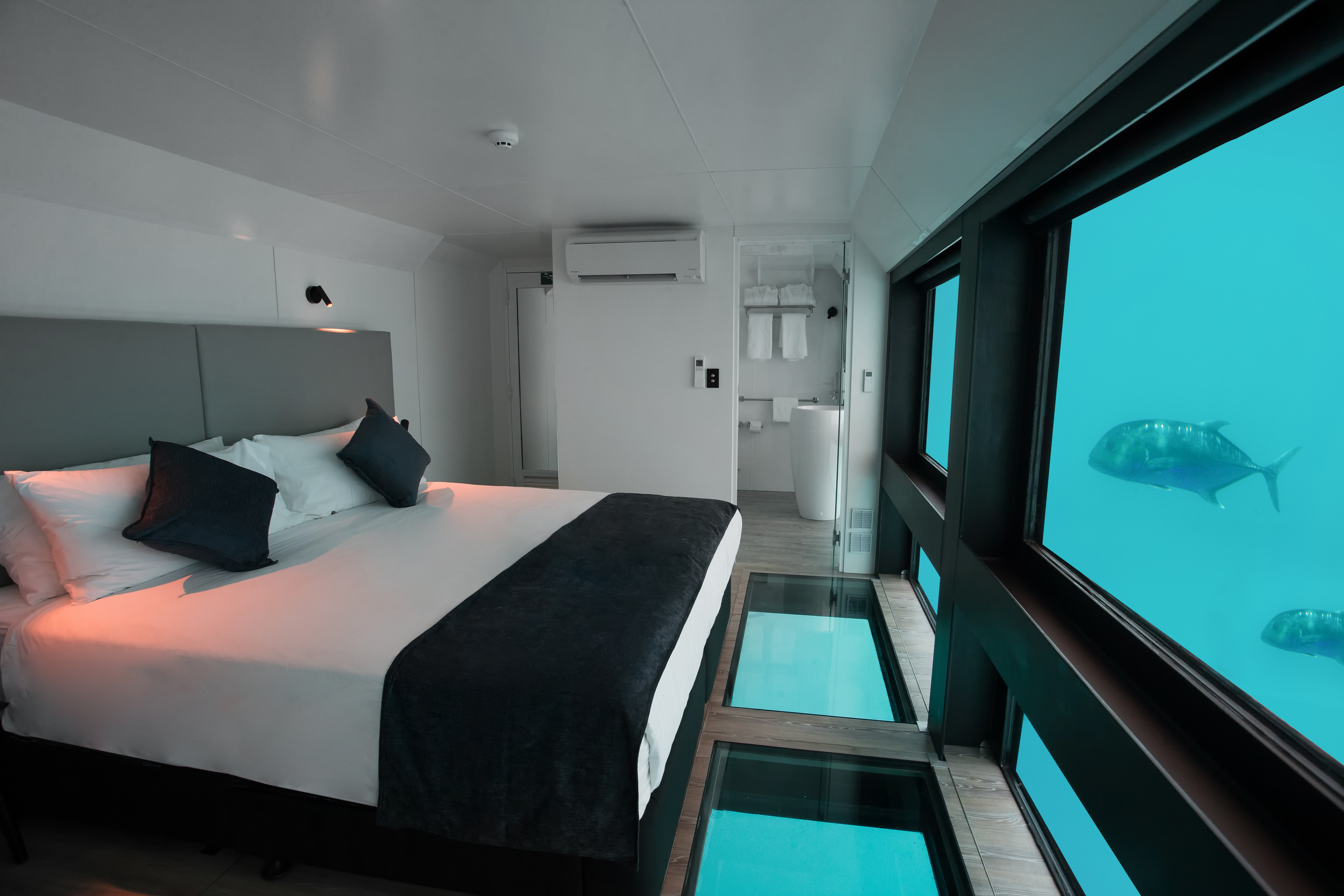 While the incredible property will give visitors an unprecedented view of marine life, it will also form part of the region's conservation efforts.

Some of the first underwater hotel rooms can be found in the Maldives, but they don't come cheap.

The suite at the Conrad Maldives Rangali Island is named Muraka – which means “coral” in Dhivehi, the language local to the Maldives – and it costs £35,000 per night to stay there.

In Europe, there's an underwater restaurant in Norway, with a 36-foot wide panoramic window for diners to look through into the sea.

When the building is not being used as a restaurant, it serves as a study centre for marine biologists.