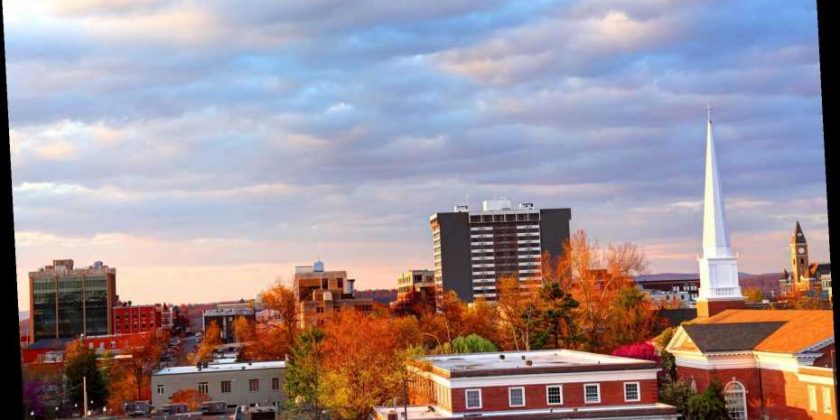 There are plenty of places to live outside of the world’s biggest and sometimes most overpopulated cities. Luckily, it seems like several towns and smaller metropolises are vying for the attention of those willing to make a move. Last year, Tulsa, Oklahoma offered to pay remote workers to relocate there, while Topeka, Kansas launched a similar initiative this year. Then, there’s those picturesque Italian villages auctioning off one-euro homes to draw people in.

Now, yet another region joins the ranks of those offering to pay you big bucks to pick up and move there: Northwest Arkansas. The newly announced Life Works Here initiative is attracting new residents to Northwest Arkansas by offering them $10,000 to move there. They’re also throwing in a street or mountain bike with the deal, allowing new residents to easily explore the area’s 162 miles of paved trails and 322 miles of mountain biking trails. If biking is not your thing, you can opt for an annual membership to one of the local cultural institutions instead, like the Crystal Bridges Museum of American Art.

Northwest Arkansas is already rated as one of the best places to live in the U.S. thanks to its low cost of living, outdoor activities, world-class arts institutions, and a per-capita income that’s 14% higher than the national average. Now, it's ready to share those perks with more people, especially the nation’s top talent, as well as remote workers.

“Northwest Arkansas has one of the fastest growing economies in the country, but we must increase our STEAM and entrepreneurial talent to ensure economic growth in the future,” Nelson Peacock, president and CEO of the Northwest Arkansas Council, told Forbes. There are more than 10,000 job openings right now and a shortage of people to fill available STEAM jobs, Peacock added.

With new trends pointing towards many Americans leaving major cities, especially during the pandemic, Northwest Arkansas had various recruiting efforts in place long before this year. The added incentive of $10,000 is just an attention grabber, and it won’t last forever.

“Right now we know a lot of people are re-evaluating their priorities and their lifestyle,” he told Forbes. “We are seizing the opportunity to capture attention at this time when many employers have extended work from home opportunities and employees — knowing they can work from anywhere — are reconsidering where they are living and what they are prioritizing.”

For more information on the program and to submit your application, visit the Northwest Arkansas website.

Jessica Poitevien is a Travel + Leisure contributor currently based in South Florida, but always on the lookout for the next adventure. Besides traveling, she loves baking, talking to strangers, and taking long walks on the beach. Follow her adventures on Instagram.

This story originally appeared on travelandleisure.com