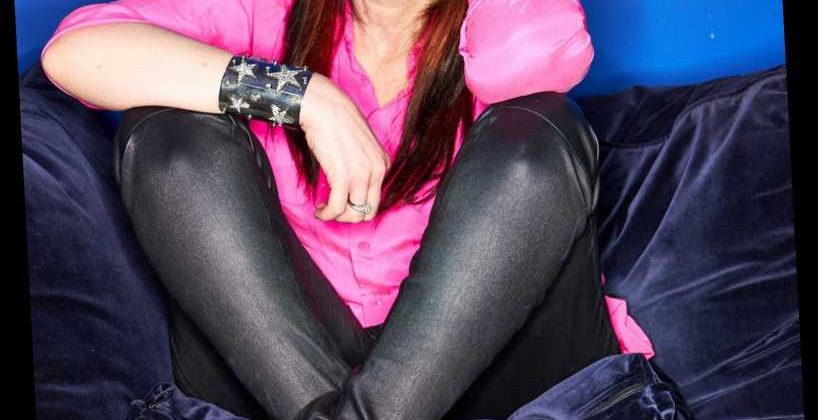 It was Christmas Eve of 1979, and Aimee Mayo's father had just put a gun to his head and pulled the trigger.

As news spread and chaos ensued in the home she shared with her grandparents, a terrified little girl was quickly hustled into her uncle's bedroom in the hopes that she might be sheltered from the pain happening right outside the door. To keep her busy, the then 8-year-old's grandmother haphazardly grabbed a Christmas present and threw it on the bed before she slammed the door in obvious distress.

Lovingly tucked underneath that bright wrapping paper was a diary.

And it was that diary that changed everything.

"On that most traumatic night, I got something that did save me in the long run," Mayo, 49, tells PEOPLE in a recent interview from the Brentwood, Tennessee, home she now shares with her husband, three children and two dogs. "I'm telling you, those diaries saved me." As the daughter of Danny Mayo — who ultimately survived that 1979 suicide attempt and went on to write powerhouse songs such as Tracy Byrd's 1995 hit "Keeper of the Stars" before dying of a heart attack in 1999 — Aimee went on to fill more than 65 diaries with her words. Throughout her life, words of pain and resentment and anger and abuse spilled out, words that helped her ultimately tell her shocking life story in her new memoir Talking to the Sky: A Memoir of Living My Best Life in a S— Show.

"It was the most painful thing I have ever done, writing a book, but in a way, I think it was serendipity in a way as to how this all happened," says the Alabama native, her Southern drawl dripping with sincerity.

"Writing this book gave me two nervous breakdowns, I think," she jokes. "It took me 15 years to write it, and I didn't even know why I was writing it. I never dealt with fear like I did writing this book."

It's a statement that just might take away the breath of any readers who have read Mayo's tale of love and loss and rape and neglect, a book filled a dose of both humor and regret, a book including imagery so vivid that one wonders how anyone would be willing to return to so many moments of so much pain.

"The most traumatic things, I can't remember, but I can return to the moments like it was yesterday," explains Mayo, who has gone on to write songs for artists such as Kenny Chesney, Carrie Underwood and Faith Hill along with the co-write of Lonestar's record-setting love song "Amazed." "I dreamed of having a different life than the one I had always seen."

Throughout a good portion of her life, the life Mayo had always seen was unfairly filled with far too many demons, alcoholics and addicts who ultimately left Mayo wounded both physically and mentally. "I've never had a problem with forgiving," says Mayo, who is one of the few female writers to receive both BMI's Country Song of the Year and BMI's Country Songwriter of the Year awards, putting her in the company of Loretta Lynn, Dolly Parton and Taylor Swift.  "If someone ever hurt me, they are left to live with that guilt. But one thing is for sure, and that is that they can't hurt me anymore."

Within the pages of her memoir, there were some places that even Mayo says she understandably found herself reluctant to go.

"When I tried to kill myself, that's the hardest thing I have ever wrote," she says quietly about the 1990 suicide attempt that she documents in detail in her book. "It was just too intimate and painful. My kids didn't even know about all of that. I mean, they have seen my wrists, but they just never asked me about it. No one sees the scars up close. I'm grateful it's not red like some scars. Really, I'm just grateful to be alive." Mayo says she is now considering writing another book made up of short stories of all of the details she ended up not having room for in this one. She also hopes that someday, the story she tells will be made into a movie.

"Do you know that actor Danny McBride?" she suddenly asks aloud. "That's who I want to play my dad. He was such a character. It was so hard to write his dialogue. The only way I could do it was to go through my diaries."

"This journey has been the most painful thing I have ever done, but maybe I had to go through that much agony to help people with this book. So many people are in that place that I once was in. Maybe this will help."

If you or someone you know is considering suicide, please contact the National Suicide Prevention Lifeline at 1-800-273-TALK (8255), text "STRENGTH" to the Crisis Text Line at 741-741 or go to suicidepreventionlifeline.org.