Micah Amey, a firefighter from Navarre, Florida, stepped into the Museum of Illusions in New York City to escape the biting February cold for a little bit.

He says that barely 10 steps in he realized he had made a huge mistake.

The Museum of Illusions is an interactive museum that employs holograms and other visual trickery. However, many of them require a second person to work.

Luckily, two kindhearted museum employees took pity on him, taking his photos and even posing with him.

Amey's hilarious tweet about the experience even made him a minor celebrity; he says he woke up to 20,000 likes after the Queen of Twitter herself, Chrissy Teigen, retweeted him. To date, the tweet has 17.6K retweets and 167.5K likes.

"I'm so glad people are getting something out of this, and that my faux pas made all these people smile," he told Insider, adding that his trending moment was "pretty funny."

Keep scrolling to live through his adventure.

Editor's note: The Museum of Illusions is temporarily closed to the public due to the coronavirus spread.

Originally from Navarre, Florida, Amey was in New York City in February visiting a friend for their birthday. 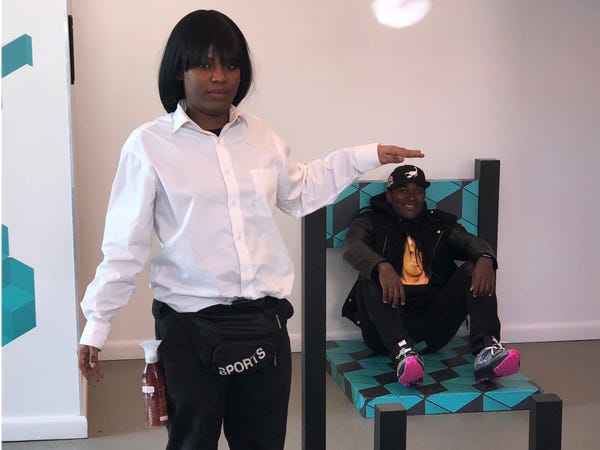 In Amey's words, his "Florida self was not prepared for the cold," so to stay warm he went from one art gallery to the next, making pit stops at bars and restaurants.

When he found himself in front of the Museum of Illusions, he decided to check it out. "Literally about 10 steps and I realized I've made a pretty big mistake," he said. 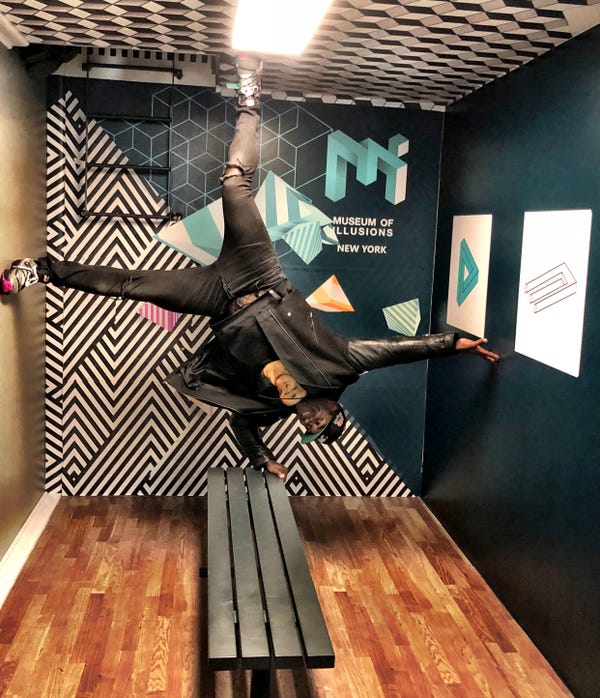 He said he thought it would be an exhibition of optical illusion-themed art and photos, and didn't realize how interactive it would be.

"I guess one of the workers saw the look of 'Oh s–t' on my face," he said, adding that a friendly employee approached him, and enlisted another staff member who was cleaning to help. 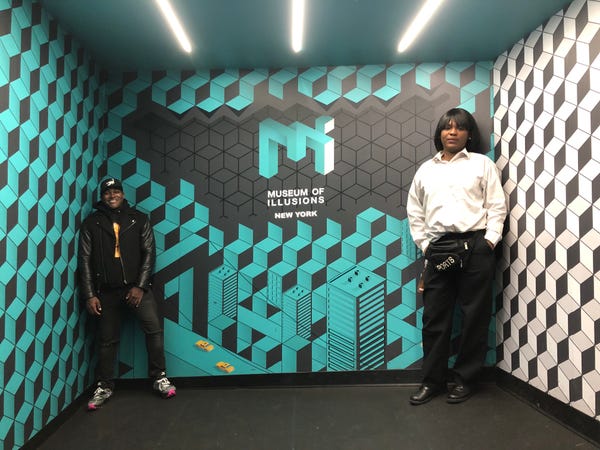 According to Amey, the employees said this sort of thing happened all the time.

Amey said he ended up "dragging" them from one piece to the next. He said the two of them went against the stereotype of all New Yorkers being mean that he had in his head. 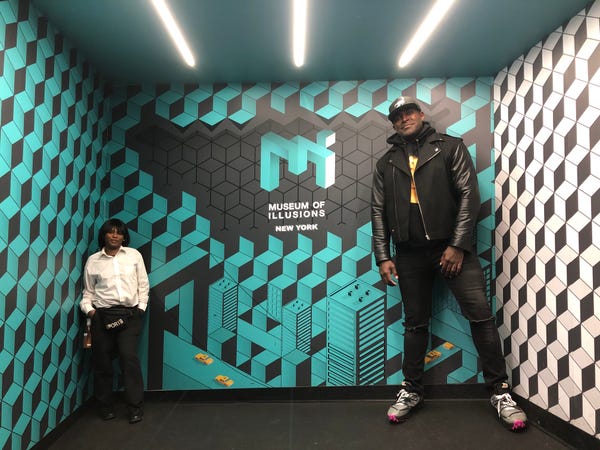 "I kept apologizing to her, and she was actually laughing at me," Amey said of the museum staff member who posed for photos with him. "You can't tell from the pictures, but she was like 'please don't worry about it. It's okay. I really don't mind. I had nothing to do anyways.'"

"He was 100% into it," Amey said, speaking of the staff member who took photos of his visit. 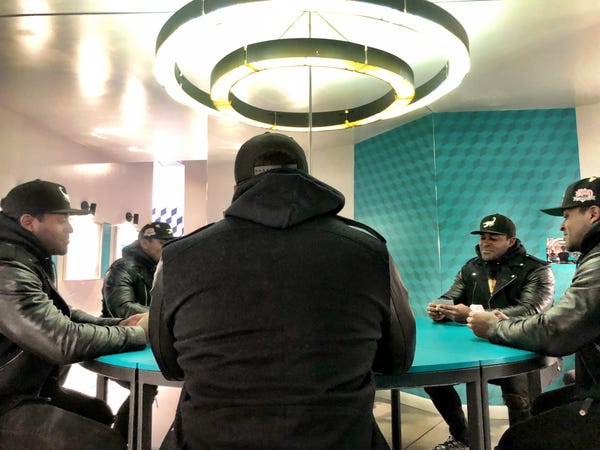 "I felt like I was on 'Top Model.' The guy was like, 'Do this angle, OK, now turn and look at me like this,'" Amey said. "He was fully invested in making sure I got the best experience while I was there, like, the best pictures. He works there. He knows all the good angles."

"They ended up turning it around for me," he said of the two employees who helped. "Top-notch customer service." 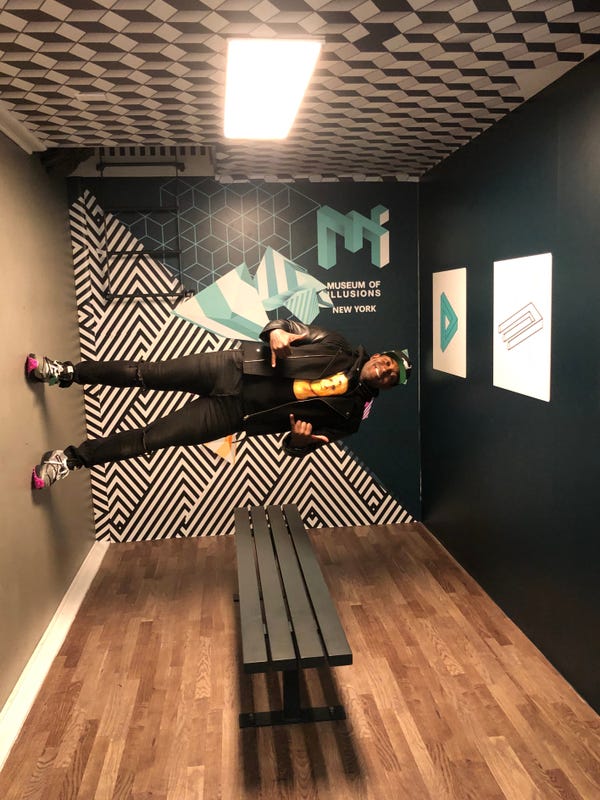 Amey said he even tried tipping the two, though they declined.

"I encourage people, once this pandemic passes, to definitely go out there and check it out," he said. "It's pretty cool, I felt I could be a kid. I am a big kid, I'm easily amused."

The Museum of Illusions is temporarily closed to the public due to the coronavirus spread, but you can still visit its website to find out more about the institution.