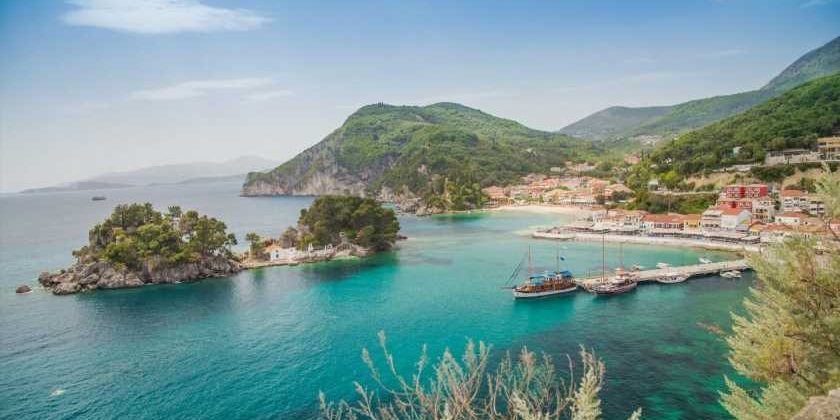 Swap the hotspots for the hidden gems when planning your holiday for next year.

As the new year looms and we start to think about how many days of annual leave we’re going to carry over, the time has naturally come for us to consider our travel to-do lists. Whether you’re envisaging a long-haul trip or European city-hopping, the likelihood is that most of us will have the same kind of places in mind: Santorini, Dubrovnik, Lisbon, Barcelona and the like.

But while there’s nothing wrong with following the crowds that flock to them (after all, they’re so popular for a reason) the best deals are found a little bit off the beaten track. Despite the fact that more than 50% say our social media timelines influence where we jet off to, places with a lower profile and a more authentic feel can often make for the best trips.

According to Skyscanner’s 2023 trend report, lesser-known destinations including Mexico City, Zagreb and Amman in Jordan have all seen increases in search interest over the past few months.

“The likes of Barcelona, New York and Paris will never fail to be incredibly popular travel destinations. But travellers are increasingly on the hunt for less popular places that offer undiscovered experiences,” explains Laura Lindsay, Skyscanner travel expert.

So when it comes to searching for hidden gems, Skyscanner’s Search Everywhere feature is your best friend, allowing travellers to search by price rather than destination and filter based on the best deals.

But which cities should be top of your to-visit list for 2023?

Instead of Mykonos, pick Preveza

The most popular Greek Island in the Aegean Sea has probably long been on your wishlist, if you haven’t ventured there already. But if stunning views and Greek hospitality are what you’re after, why not try Preveza? The city lies in the region of Epirus, northwestern Greece, and features colourful beachside houses as well as rolling hills. Head for the clear blue waters, stay for the much more reasonable prices. Flights can be found right now from £292 return.

Santiago de Compostela, the capital of north-west Spain’s Galicia region, has all the stunning gothic architecture of popular Barcelona, but without the heavy crowds and higher prices. Granted, you won’t find a beach as nearby as you would in the Catalonian city, but you will get elaborately carved stone facades opening onto grand plazas within the medieval walls of the old town.

Instead of Istanbul, pick Izmir

You can find the same delicious food, beautiful Islamic architecture and vibrant bazaars of Istanbul in lesser-known Izmir. It’s the third most populous city in Turkey, after Istanbul and Ankara, and boasts the perfect sub-tropical Mediterranean climate.

Instead of Porto, pick Madeira

Madeira has all the charm of large Portuguese cities like Lisbon and Porto, but with a much more relaxed vibe. The main island is volcanic, green and rugged, with high cliffs, pebbly beaches and settlements on deltas of the Fajã River. While some of the main tourist attractions can get quite busy, much of Madeira is still very quiet and undiscovered, so you’ll be sure to find charming coves and hidden gems as you roam.

Instead of Paris, pick Lyon

The City of Love is certainly spectacular, but you’ll likely pay a pretty penny for the privilege. Lyon is another metropolitan city settled along a river, with bridges, towering buildings and cobbled streets that all put you in mind of Paris. The city is also recognised for its cuisine and gastronomy, as well as historical and architectural landmarks.

Instead of New York, pick Minneapolis

OK, so hear us out with this one. Not much could ever compare to the Big Apple, but if city life, an iconic skyline and fascinating museums are what you’re after, Minneapolis, the major city in Minnesota, USA, could be worth a stop. Bisected by the Mississippi River, it’s known for its parks and lakes to give you that Hudson River/Central Park experience but at a fraction of the cost. Worth a try.