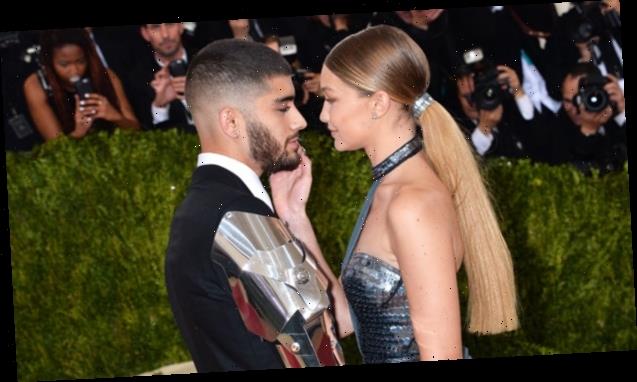 The countdown is on! Although Gigi Hadid and Zayn Malik are getting the pre-baby ‘nervous’ jitters, we’ve EXCLUSIVELY learned that they’re ‘waiting for the big day’ when they finally welcome their bundle of joy.

It’s expected that any couple having their first child together would go through all the moods before the baby’s arrival. That’s precisely what’s happening with Gigi Hadid and Zayn Malik. With Gigi’s due date fast approaching, the 25-year-old model and Zayn, 27, are feeling the feels while they do their last-minute preparations. Despite these jitters, HollywoodLife has EXCLUSIVELY learned that they’re looking forward to becoming parents. “Zayn is nervously excited to be a dad,” says a source close to the singer. “He is very eager to see what the unknown will bring.”

Zayn “finds this time in his life with Gigi to be very important, and he is happily doing it as much between them as possible,” the source tells HollywoodLife. “He is very eager to meet his kid, but [he] also has all the feels going into it.  He is happy, scared, and excited, and that will only continue from this day forth.”

So, don’t get it twisted: just because Zayn isn’t flooding his Instagram account with pictures of baby cribs, onesies, and stuffed animals, it doesn’t mean he’s not excited to become a daddy. While Gigi is more of an “open book” on Instagram, Zayn is…like a library with locked doors. “”Zayn isn’t a fan of social media,” a second source, one close to the couple, tells HollywoodLikfe EXCLUSIVELY. “He avoids it in general because he just values his privacy so much. He does take pictures. He just shares them privately with family and friends because he’s very wary of putting too much out there. It literally makes him anxious.”

“But, just because he doesn’t post, no one should take that as a sign he isn’t proud or excited” to become a dad,” the source tells HollywoodLife. “He and Gigi are both incredibly excited. They’re in their place in [in NYC] now, everything is ready for the baby, and they are just waiting for the big day. It’s a very special and exciting time, and they couldn’t be more in love.”

This means that Zayn’s $5.8 million NYC mansion has been transformed into a “love nest.” After quarantining on a family farm in Pennsylvania, Gigi and Zayn relocated to his home in Manhattan’s NoHo district. Gigi shared pictures of the house in July, and a source told HollywoodLife EXCLUSIVELY that she was “so excited to finally see the completed space, and she was thrilled to share the design with her followers. … She can’t believe this is the home she’s going to raise her baby in. It’s still surreal, but it’s hitting her more each day, and she feels like it’s a dream come true.”