YouTube star Gigi Gorgeous, 29, celebrated her birthday at home with an intimate guest list, killer performances and a special Barbie theme that is very near and dear to her heart. “I’m such big fans of everyone and it was just surreal having my backyard turned into, I felt like The Abbey, like a drag bar,” Gigi told HollywoodLife EXCLUSIVELY during an episode of TVTalk on Instagram Live. “It was so, so much fun.”

Born Gregory Allan Lazzarato, Gigi launched her social media career in 2008 — the same year she came out as a gay male. She later came out as a transgender woman in 2013 and legally changed her name to its current state in 2014. Additionally, she has come out as bisexual, a lesbian and most recently, pansexual, which makes the most sense after she married husband Nats Getty, 28. “Being pansexual to me is like the ultimate freedom,” Gigi added. “I’ve come out several times as people might now and this is the last time that I’m going to be coming out. Pansexual basically means that you fall in love with the soul of a person. It’s not their gender, it’s not what they look like, it’s not gay. It’s just anything goes. You fall in love with the person and I found that. Getting married, I just found that I didn’t fall in love with my husband because of his gender. I fell in love with him because of the person that he is. When I found out what pansexual was, I was like, I identify with this. It was the most freeing thing.” 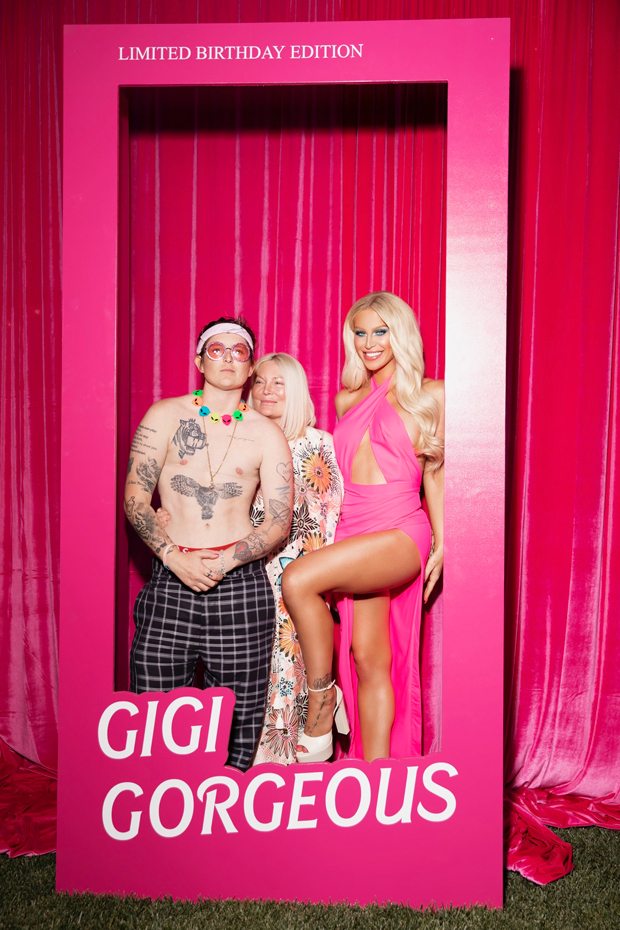 The blond doll was always there for her as she struggled with her own identity, making it an easy choice for the party’s theme. “Barbie has always been a huge inspiration beauty wise, career wise,” Gigi revealed. “She’s just the most beautiful blond that does it all. I’ve always looked up to her and been inspired by her, so when I wanted to do my birthday during basically still the pandemic. A bunch of my friends are vaccinated so I was like, “OK, we’re going to keep this group small, but I want to make it really fun.” I just thought, Barbie birthday, let’s go! I got a party planner on board. Her name is Wife of the Party and she just handled everything so good. I grew up with two brothers so there were never tons of Barbies in the house,” Gigi said. “I had to sneak them in. Like a lot of trans girls, I feel like Barbies and dolls in particular are our first kind of introduction into femininity and something that isn’t traditionally masculine. For me, I was obsessed when I got my hands on my first Barbies and my first dolls. I was just really compelled to be inspired by her.”

The night was filled with so many exciting details and moments like when her good pals Gotmik and Meatball took the stage and created special memories for her to hold on to. “I actually had drag performances,” Gigi said. “My friend Rhea Litre’, I don’t know if you guys have heard of her. She’s WeHo’s best drag queen. She’s literally one of my favorites. We had Kimora Black perform. We had Meatball perform. Aurora Sexton. Meatball went after her performance which I think was Barbie Girl, she went in the pool, full drag, full hair, full makeup. She went backwards in the pool on a floatie and her hair fell off and it was a moment. I was dying laughing. I could not catch my breath.” 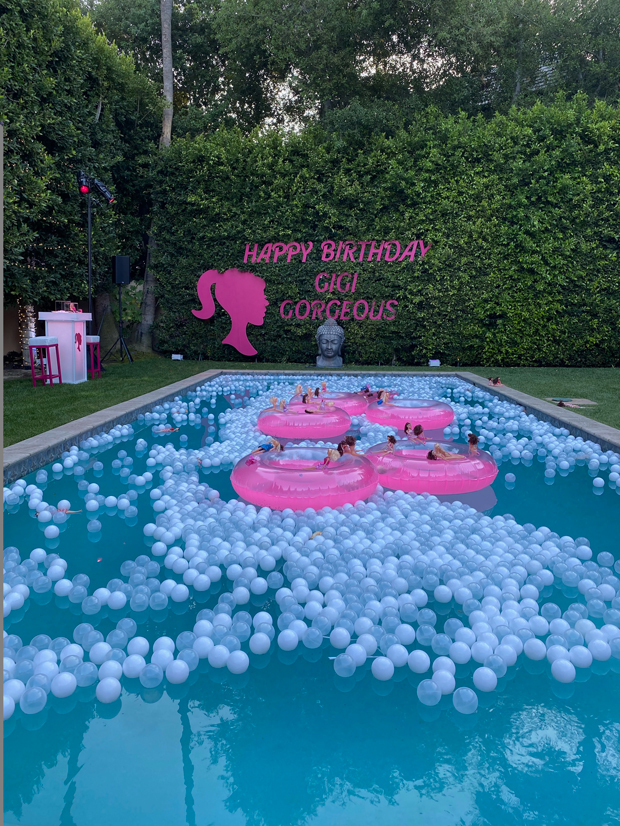 No party is complete without a cake and a solid photo opportunity, and Gigi’s was so personal that she’s going to hang it in her home! “I actually did a bunch of cupcakes,” Gigi said. “The planner brought in a fake cake but it looked like a high tiered cake. There were sparklers on it and everything and I actually almost dropped it off of the stage which was also not cute. So thank God it was fake because otherwise there would’ve been cake everywhere on the stage. The photo booth was maje! I’m actually turning it into a mirror right here so you can come over and take selfies in the Barbie box. Basically it was a life size Barbie box. It was seriously so much fun.”