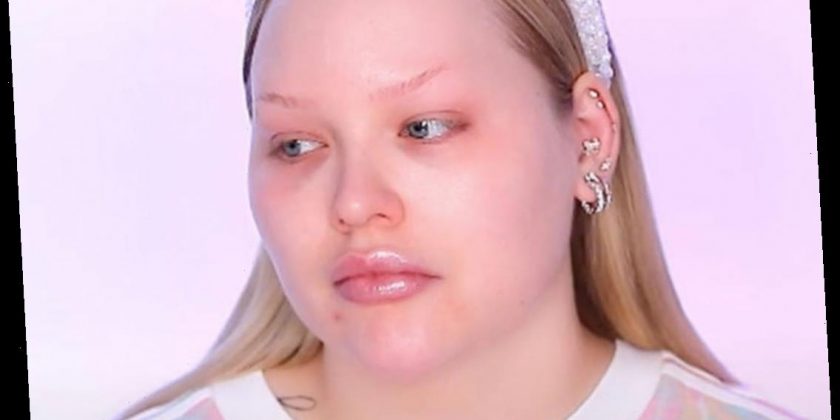 In a new YouTube video, makeup artist and influencer NikkieTutorials addressed her fans and shared what she could about surviving one of her "worst nightmares."

To overcome one of her "worst nightmares," NikkieTutorials turned to YouTube.

The famed Dutch makeup artist and Internet personality, known off-camera as Nikkie de Jager, appeared in a video posted on Sunday, Aug. 16, titled "Letting you know I'm okay… Makeup Therapy"—her first since she and her fiancé Dylan Drossaers were robbed at gunpoint at their home in the Netherlands.

"Some of you have followed me for years," she began her video, "and if you've been following me for years, you know that 2020 has been a ride."

Fighting back tears, she continued, "In these years, I got to do some of the most amazing things, but also shared my darkest days with you…and I can tell you today is one of those dark days."

The 26-year-old influencer, whose channel has amassed more than 13 million subscribers, went on to describe the robbery she and her partner suffered.

"A couple of days ago, Dylan and I were part of one of my worst nightmares," she said. "We were robbed at gunpoint at our own home and, even though I can't tell you too much because there's still a very ongoing investigation, I do want to let you know that I am ok. I may not look like I'm ok right now, but I'm ok."

The Internet star reflected on the incident and shared with viewers how it has impacted her.

"Having one of those worst nightmares come true is very surreal, but it also puts a lot of things in perspective," she said. "Now more than ever you realize that family is everything and being in good health is even more important, so maybe one day I'll be able to tell you everything, but right now it's impossible for my mental state, but also for the law because we're trying to do everything to make this right."

Instead of sharing any more about the robbery, De Jager turned to one of her greatest loves: makeup.

"One of the silver linings in my life—now, here we go. This is going to sound so cliché," she quipped, "has always been makeup and that's one thing I won't let them take away from me is my love for makeup."

Elaborating, she continued, "Makeup has helped me through my darkest days—losing my little brother, more stuff happening in my personal life. Makeup has always been that one thing that I could do to clear my mind, focus on some other stuff. It is literally therapy to me."

Chrissy Teigen Reveals How She Found Out About Her Surprise Pregnancy

The creator also acknowledged her supportive audience and expressed her gratitude for their concern, sympathy and love.

"Every time I had one of those dark days, I had you there to support me and you have been there for me so much," De Jager said. "I can't thank you enough for the messages I've seen on Twitter, on Instagram, everywhere and knowing that there's such a huge group of people out there who are rooting for us, who are loving us, who are wishing us nothing but the best—thank you. Honestly, thank you."

In an effort to get her mind "off things," she launched into the rest of her tutorial for the day, which involved drawing inspiration from a Barbie doll for a colorful makeup look.

As the video came to a close, the star shared one more message of hope and appreciation.

"Life is really unfair, but it is up to us to keep fighting every single second of the day," she said. "I want to thank you for being there for us, for giving us time, for respecting us and for having our backs…In life, the most important thing is health, family and friendships."

As De Jager concluded the video, she could not ignore her gratitude for the normalcy. "I am so beyond grateful to be able to sit in my studio today and film a brand new video for you guys like nothing ever happened, because makeup will always be therapy to me and I want to thank you for providing a platform where I can truly be me and let go of all fears," she said. "I love you so much and hopefully I will see you guys on the next one."