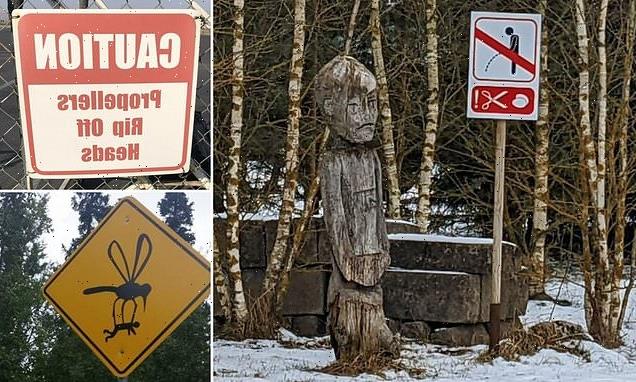 A sign that you should stop in your tracks! Social media users share the hilariously blunt warnings they’ve come across

Sometimes a sign saying ‘Do Not Enter’ simply won’t cut it – as these intimidating notices show.

Some property owners and businesses from around the world go to great lengths to keep people away in these signs, shared online by social media users and collated in a hilarious Bored Panda gallery.

One sign in a dentists warned patients of death if they had been taking certain drugs, another warned that propellers would cut off their heads if they entered a certain area.

But some of the signs were funny – such as the one before a corn maze, warning people they may possibly get rescued at some point, if they are lucky.

Here, we reveal the most extraordinary signs from around the globe… 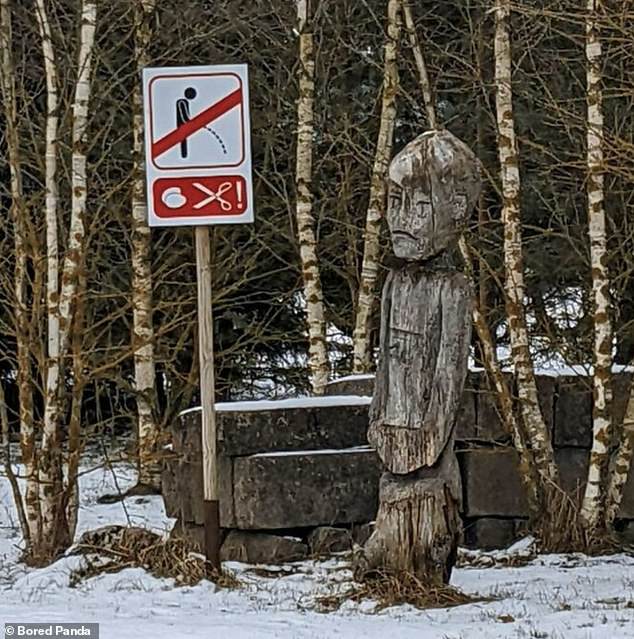 Just in case anyone is thinking of urinating on this statue, there is a sign warning of the consequences 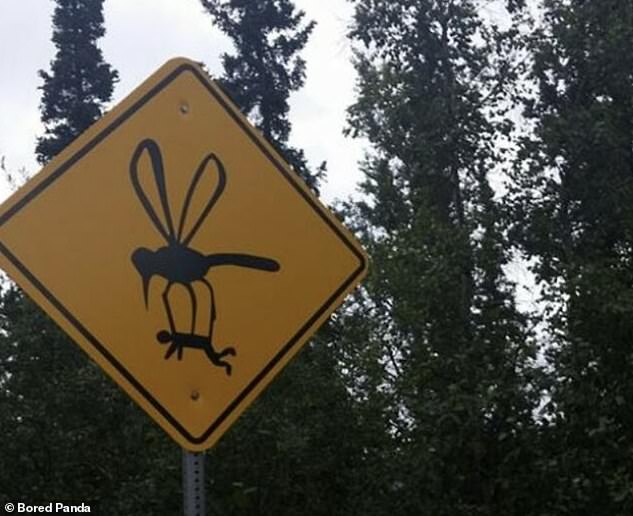 Killer insects: This bizarre sign in Alaska warned of giant insects with killer beaks flying off with you in their claws 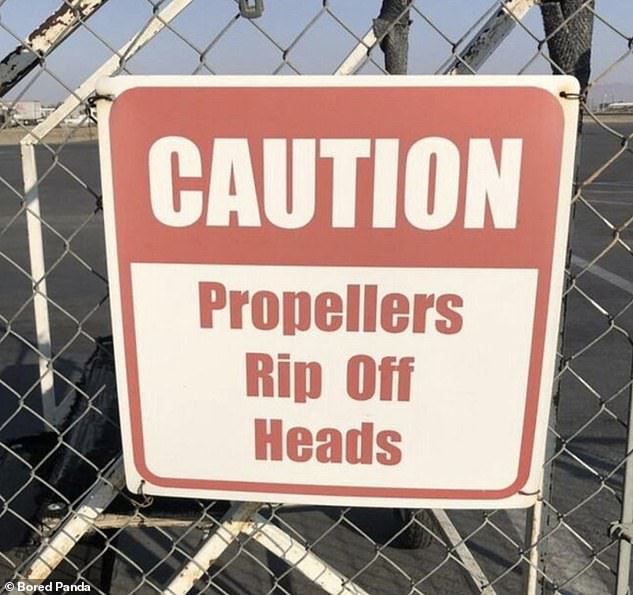 Direct and to the point: Sometimes it doesn’t pay to be subtle, as with this sign warning of decapitation 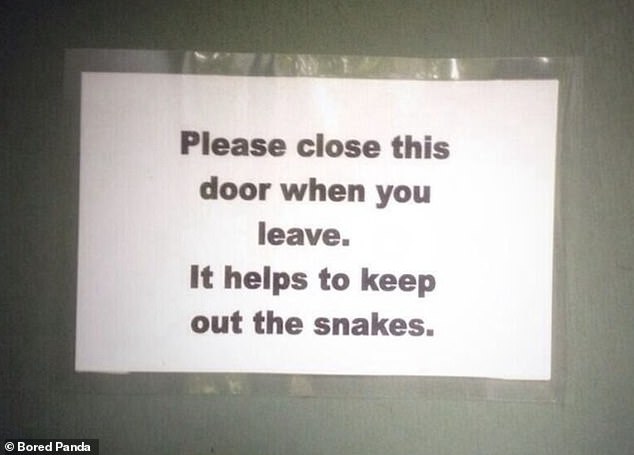 Creepy crawlies: This sign was spotted in Australia, urging people to not encourage reptiles into the building 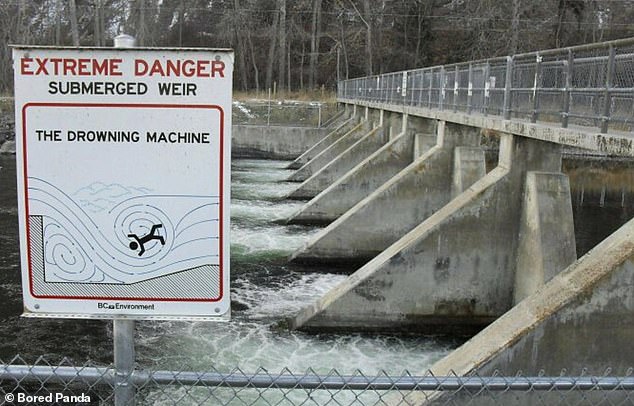 Swimmers take note: This is a serious warning sign, highlighting how water at a weir causes people to drown by sucking them under 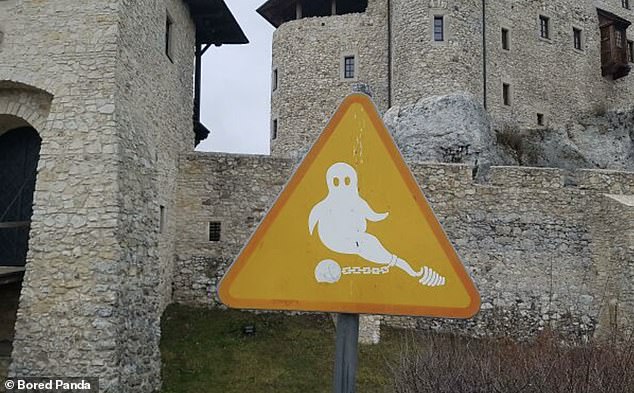 Spooky: This castle in Poland doesn’t warn of uneven steps or draughty rooms. No, it warns of ghosts 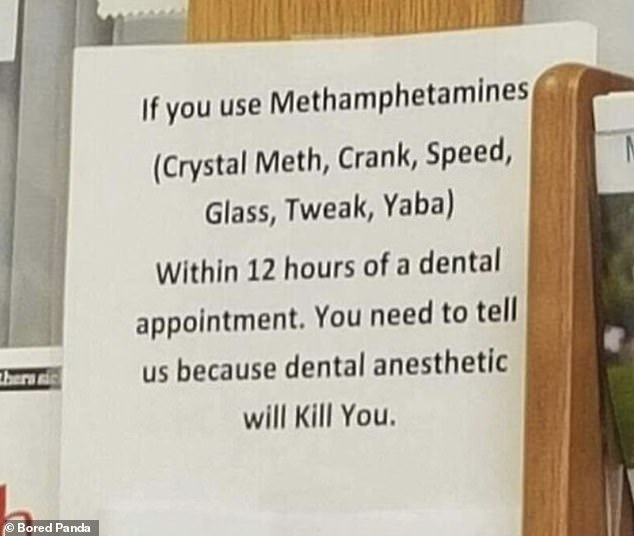 Fear tactics: Most people don’t enjoy going to the dentist, but some are being warned that having their teeth done may actually kill them if they’ve already taken certain drugs 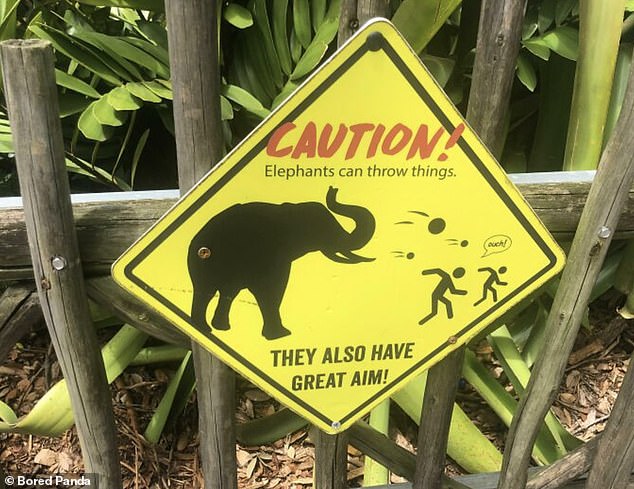 Fun times at the zoo: Most people want to go and see elephants, but this sign warns that elephants can have a fun time too 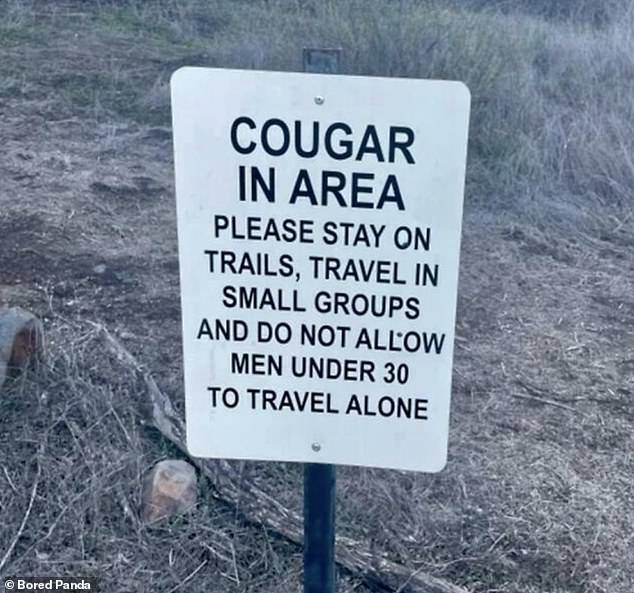 Cougar alert: Young men were warned that cougars prefer them as their favourite midday snack in this hilarious sign Passive aggressive: These locals warned that if a fast car hit one of their children, then they would seek deadly revenge 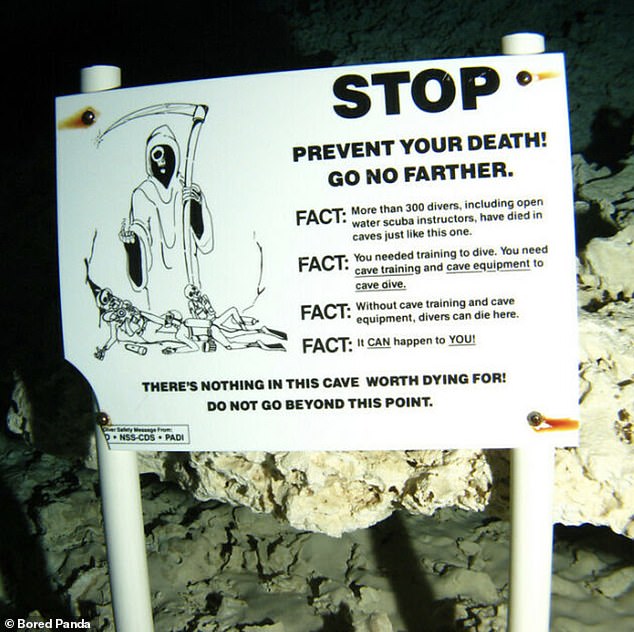 Cave divers: It is known as an extremely dangerous sport, and this sign drills home exactly how dangerous 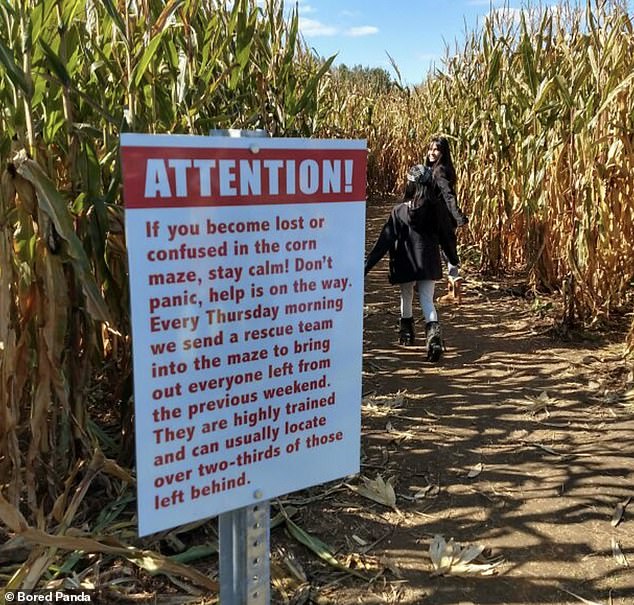 Taking the mick: There is always room for humour in signage – as seen here in this warning sign about a corn maze