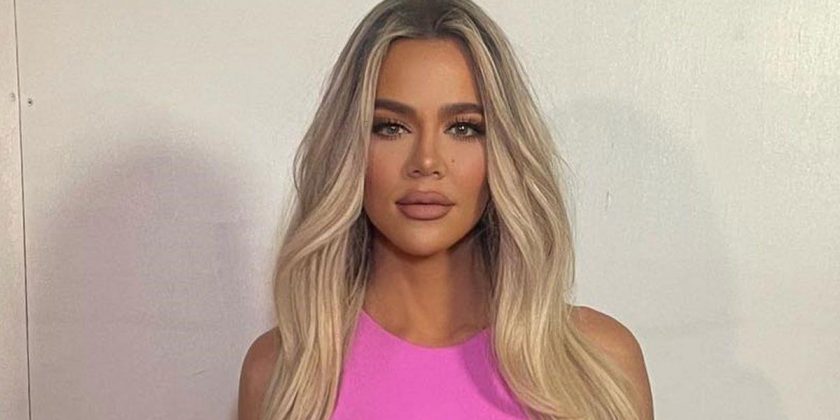 Another day another hair transformation from within the Kardashian clan, and today’s star of the changing hair is Khloé Kardashian, who has turned up with a new fringe.

The socialite rocked up on Instagram with the words “Bang Bang” and a couple of smouldering shots of the transformation. The fringe is chunky but casual, with a choppy, uneven line. It’s cut long, to well below her eyebrows, so it almost sweeps across her eyes in sections. And it’s an almost symmetrical cut, falling from her centre parting and sweeping gently out to either side for a rather 90s bedhead look.

Fringe benefits are on trend across the celebrity world at the moment. Maybe it’s thanks to hit new show Wednesday and its star Jenna Ortega, or maybe it’s just a move away from that beachy swept back look that sums up hot summer nights, and into something a bit more structured for winter.

However, all may not be as it seems because professional eyes cast over the image have raised doubts as to whether Khloé has actually gone for a chop, or whether the fringe is actually just a clip in extension version. The star doesn’t clarify either way. The new ‘do isn’t credited to a stylist but we happen to know it’s done by Andrew Fitzsimons, who posted the same images to his own Instagram account, where they got just as much approbation.

Fans were in awe of the look, even if they were undecided on the inspo behind it. “Perfection Klo. The sixties called and said…. you can borrow our fringe anytime darling!” said one. Another thought thirty years or so later and said, “I'm feeling a bit of a Claudia Schiffer vibe in the early 90s.” Heidi Klum, Taylor Swift and Jane Birkin were also mentioned.

But the main debate centred around whether the bangs were chopped in or clipped in. “I really [hope] these are real because they are seeerrrrving!” said one fan. We agree, but sadly think it’s much more likely to be fakes on this occasion. Maybe it’s a trial run, though.

It’s worth noting if you’re going to copy this style yourself for real that it’s one that requires very frequent trimming. Happily, because this is such a quick job for a professional, a lot of hairdressers are happy to do this for free in between cuts, though you might want to check first. Otherwise you can brave it yourself in front of a mirror, but at your own risk, of course. It can go pretty wrong.

Alternatively you can fake it too, with a clip-in fringe that you can style yourself. Easilocks x Jordyn Woods fringe is £29.99 here.