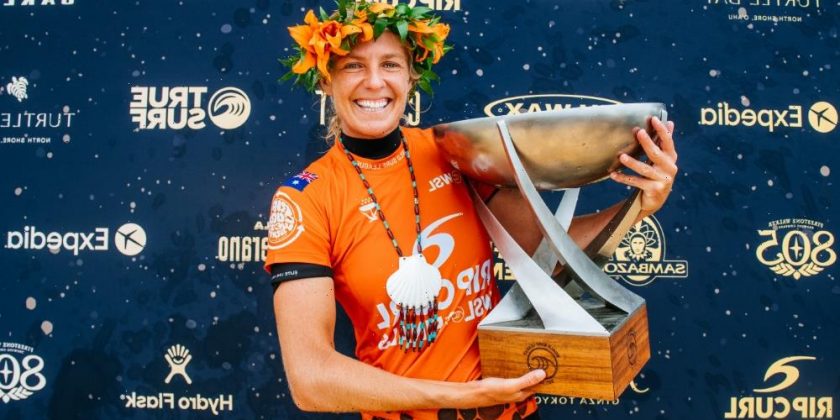 Gilmore, who began surfing professionally at the age of 17, is an eight times world champion at the women’s World Surf League and has surfed at the Olympics. She became the youngest ever inductee at the Surfers’ Hall of Fame in 2010, when she was inducted at the age of 22.

She is currently ranked No. 1 in the WSL and is aiming to qualify for the 2024 Olympic Games.

As well as being a surfer, Gilmore is an environmentalist and proponent of mental health. She launched a foundation called Rising Tides, which advocates for women in surfing, and is also a photographer and musician.

At YMU she will be repped by the group’s LA-based executive manager Alex Frankel, who will work with Gilmore across film, entertainment, publishing, IP and brand development, live events, marketing, digital and social strategy and Web3. Frankel will also work with Gilmore’s manager and sister Whitney Gilmore and NC Management’s Nikki Craig to oversee Gilmore’s surfing and Olympic agenda.

“I met Steph when I played at Australia’s ‘Big Day Out’ music festival in 2009,” said Frankel. “Since then, it’s been a pleasure to watch her become an eight times world surfing champion and Olympic athlete – as well as to use her platform to advocate equal pay for female athletes. It goes without saying, but it’s a true privilege to represent Stephanie in this next chapter across literature, film, music, brand endorsements, and whatever else she dreams up. On behalf of the larger YMU team, I enthusiastically welcome Steph and can’t wait to add value to her already astonishing career.”

YMU has offices in the U.K., Los Angeles, New York and Washington, where its 350+ executives representing a roster of talent across entertainment, sports, art, music and more, including Simon Cowell, Steve Aoki and Tom Daley among others.