The penultimate episode of ‘Yellowstone’ season 4 featured all of the key characters at a turning point. John is hit with a bombshell reveal that will change his relationship with Beth forever.

It’s no surprise that Beth is more than a little upset over John and Rip’s crusade at the diner. Beth asks Rip why he didn’t stop John from going inside and saving the day. “Beth, I can’t stop your father from doing anything,” Rip says. “I can either help him or I can watch him.”

Rip wonders why Beth isn’t worried about him. She admits that she doesn’t ever worry about him. “I know nothing’s happening to you,” Beth says. Rip knows death will come for him one day. “It happens to us all,” Rip tells Beth. 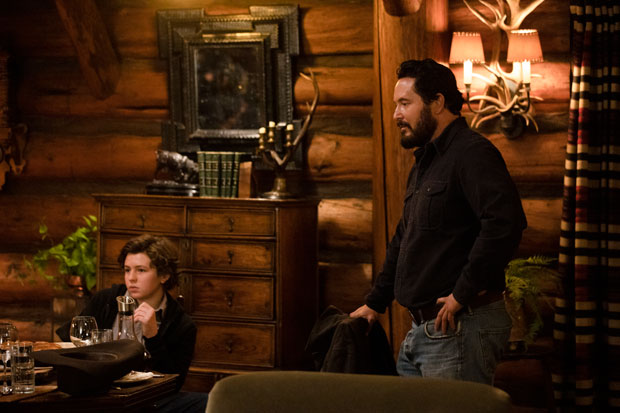 When John reaches the stables in the morning, he decides to teach Carter how to ride. He doesn’t go easy on the kid. At one point, he tells Carter to just “shut up and ride.” John takes Carter to Buffalo Valley and tells him the origin story about how this place came to be. John explains to Carter that there’s no such thing as fair in life.

Christine Learns The Truth About Garrett

John gets him and Beth throws a coffee mug at him. She hates that he walks right into the fire after coming so close to dying. “I am not willing you back to life the next time you die,” Beth says. She adds, “I fight so hard for you, dad, and you do nothing to help me.”

John isn’t going to stop doing what he feels is right, even if Beth tells him to stop. Beth wants to know where the justice is for the person who tried to kill him. She’s still convinced that Jamie was the one to put the hit out on the Duttons. John explains the Riggins of it all but still doesn’t know about the Garrett Randall connection. Beth storms off when the conversation goes nowhere. After Beth leaves, Summer calls John and says that the DA is asking for life in prison for protesting the airport. 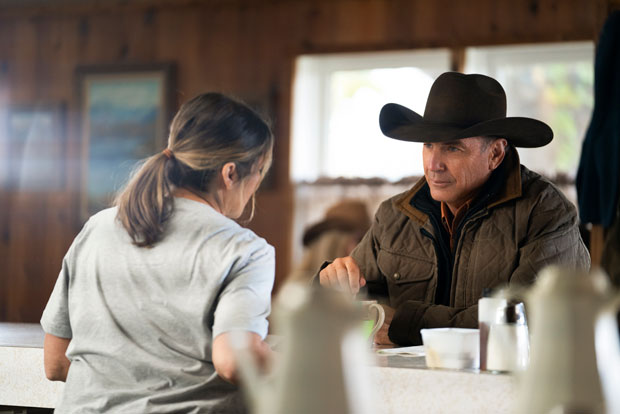 In the wake of John’s press conference, Jamie thinks his governor campaign is DOA. Christine thinks that John’s given Jamie his entire slogan. Jamie can be all about progress. She says to do everything John says he won’t do. Christine believes it’s the right time to bring his real dad into the fold, but Jamie quickly nips that in the bud. Jamie reveals to Christine that his father was in prison for murdering his mother, and Christine quickly changes her tune.

Now Christine urges Jamie to put distance between himself and Garrett. This is all the opposition would need to bury Jamie’s campaign. Garrett says Christine’s not wrong, and he tells Jamie that he’s willing to go under the radar if he needs to. Jamie doesn’t want to do that, but he may have no choice if he wants to win.

John Is Hit With A Bombshell

John goes to the interim sheriff about Summer’s case. It’s clear that this new sheriff isn’t going to be Sheriff Haskell. They’ll be going by the old rules, but now they’ll be enforced.

Summer asks John to talk to the judge. He wants to save that card and for her to apologize to the judge instead. “I should have never listened to your daughter,” Summer says, dropping a bomb on John. Summer explains that Beth’s the one who told her to make the news and go through with the protests. After that, John promises he’ll get her out of this. He is clearly pissed beyond belief.

John and Garrett cross paths at a diner. Garrett blames John for ending up in prison. “I raised your son with love and respect. I made him what he is today. If he chooses to let you unmake it, I can’t stop that,” John tells Garrett. He does promise to “rid the world” of Garrett if he comes for him.

In Texas, Jimmy has found true love with Emily. He’s really settled into life in Texas, but he’s told that he’ll be going back to Montana. He goes to Emily before he leaves and asks her to wait for him. 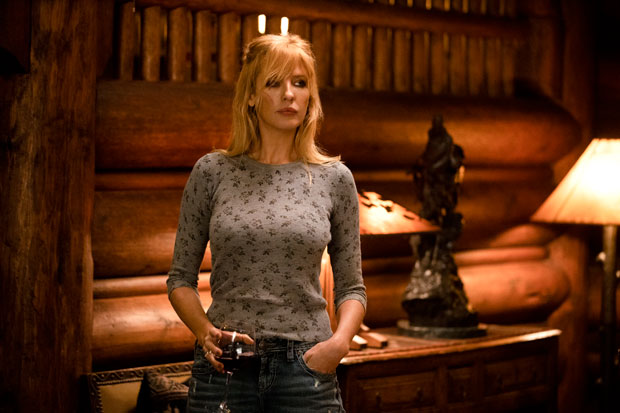 At the lodge, a peeved John tells Beth that they’re eating in the dining room tonight. Rip and Carter quickly leave the house. Beth goes up alone, and John quickly brings up the Summer situation. Beth doesn’t care about Summer. She only cares about a select group of people, and Summer’s not one of them. John says she needs to have morality about the way she fights. He wants to fight with dignity. He orders that there be no more collateral damage. He says what Beth did was cruel.

“I never thought I’d feel this way about you, Beth,” John tells his daughter, before adding that he’s disappointed in her. He never thought he’d say that about her. “Maybe it’s best if I fight this alone. Maybe it’s best if you go somewhere else while I do it,” John says. Beth replies, “This is my home.” Before he leaves, he says, “Might be time to find another one.” Beth has never looked so shaken.

Beth shows up at the bunkhouse. She watches Carter, Rip, and the others from afar. Walker notices her and comes to the door to say that she looks sad. “I just lost the one thing I spent my entire life fighting for,” Beth says. She asks him to play her a sad song. They go to the stables. She cries as he plays and Rip watches her break down.

The episode ends with Kayce going on a journey with Mo and Rainwater. They take him to a secluded area and leave him to his own devices to perform a ritual. This is a turning point for Kayce.