There were times when Yayoi Kusama would wake up after a night of hallucinations and find she had filled a canvas with polka dots, then the table, the walls and windows. Finally, she'd find polka dots painted up her arms.

With polka dots from floor to ceiling and a mirrored peep show of polka-dot emblazoned pumpkins at the centre, a similar experience awaits in 89-year-old Japanese artist Kusama's infinity room, The Spirits of the Pumpkins Descended into the Heavens, at the National Gallery.

The senior curator of contemporary art at the National Gallery, Jaklyn Babington, said instead of regular vivid hallucinations being a problem for Kusama, she's harnessed them into the fuel for her creativity and the work invites the viewer to share her experience.

"But it's so much more complicated," Babington said. 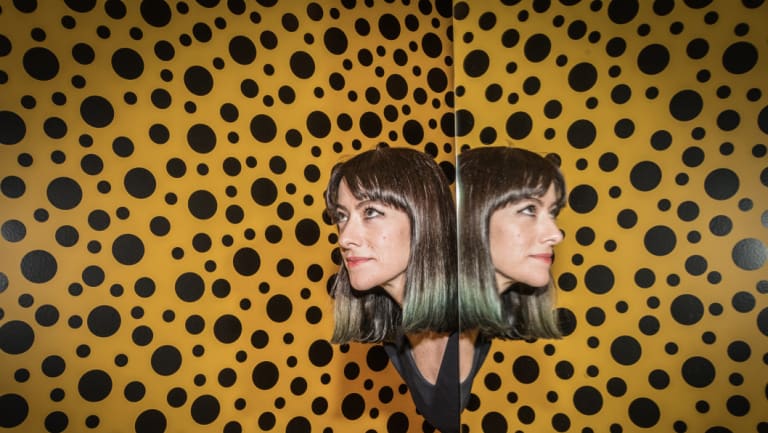 It is the first of Kusama's works to join Australia's national collection and one of only a few infinity rooms on display worldwide. Two of Kusama's assistants travelled to Australia to help install the room. 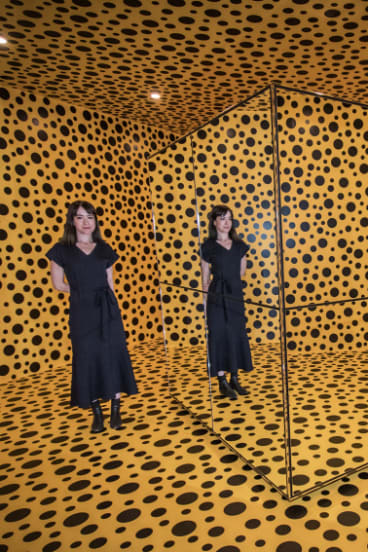 Kusama has had a huge influence on late 20th-century art and remains critically relevant in the 21st century,  Babington said.

"Her aesthetic is so personal, it's almost autobiographical, yet it kind of seems to sit in this nexus between minimalism, between pop art, between conceptual art. There's also a strong feminist bent towards her practice," Babington said.

In her infinity room, the artist invites the viewer to open up to wonder of infinity, Babington said. "By positioning us in her environment we kind of lose track of perhaps where our body starts and finishes because we're replicated in all of the mirrors and the environment overtakes us.

"She's really, really interested in this idea that the body would be obliterated by our environment."

Babington said it was crucial for the National Gallery to make important international acquisitions: "I feel like by following what’s going on in the world, Australians have different understandings of themselves."

The work goes on long-term display on Saturday and will allow five people to experience the space at a time.

A donation made by Andrew and Hiroko Gwinnett for the Japanese Art Fund enabled the gallery to acquire the 2015 work. The price has not been disclosed.

"It has long been my ambition to see a major contemporary Japanese artwork housed in Australia’s national collection," Mr Gwinnet said when the acquisiton was announced.

The Spirits of the Pumpkins Descended into the Heavens opens Saturday, December 1 at the National Gallery of Australia, Parkes Place and is planned to be on display until 2020.