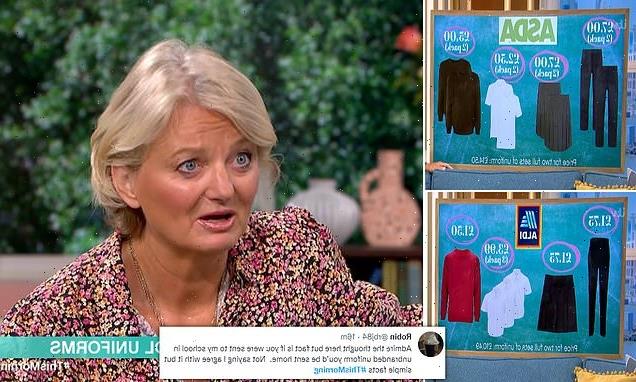 Would YOU buy a school uniform from Aldi? Expert finds discount retailer has the best deal with two sets for £10.49 – but parents question the quality and say children will be ‘bullied’ for wearing the brand

Buying cheap unbranded uniform might be a solution for some parents who are struggling with the cost of living crisis, but others claim it would lead to their children being bullied for their affordable clothes.

Consumer expert Alice Beer discussed the issue of pricey school uniforms on This Morning today, where she talked viewers through a selection of uniforms from low-cost supermarkets like Aldi and Poundland.

Alice said the cheapest sets are available at Aldi where two sets – of a red jumper, white shirts, and black trousers or black shirts – will set parents back £10.49.

Two sets from Poundland’s PepCo clothing brand costs £12. Tesco has a deal of two full uniforms sets for £17.50, while George at Asda is £14.50 for two sets. 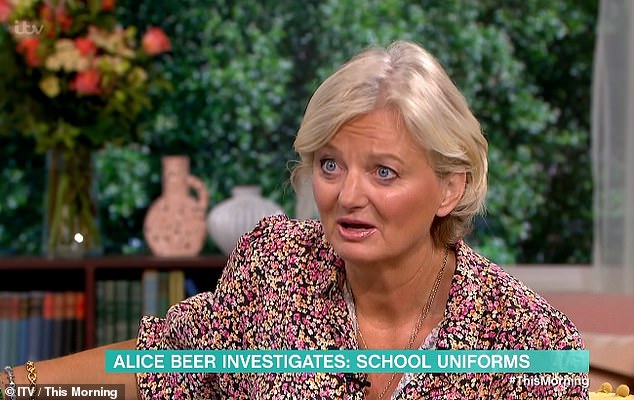 Consumer expert Alice Beer was on This Morning today, where she talked viewers through a selection of uniforms from low-cost supermarkets like Aldi and Poundland. But viewers were not convinced 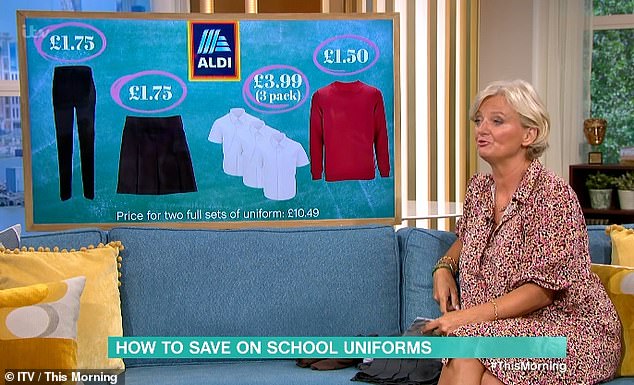 Some parents questioned the quality of uniform sets from Aldi, which are available for £10.49 for two complete sets

Alice said buying uniform supplies on the cheap was a great way for parents to save a few pounds, but viewers noted that their children would be ridiculed for wearing clothes from Poundland.

Others also said that while this intention behind the segment was good, most schools would send away children who showed up in unbranded uniforms.

It comes after alarming reports that British parents are skipping meals so they can afford to buy their children’s uniforms as inflation soars.

One parent tweeted: ‘Most of ALDI uniform sold out at the start of the school holidays for anyone searching for it.’

‘Admire the thought here but fact is if you were sent to my school in unbranded uniform you’d be sent home. Not saying I agree with it but simple facts,’ another wrote.

‘Kids would have the right p*** ripped out of them turning up in Poundland gear,’ one said. 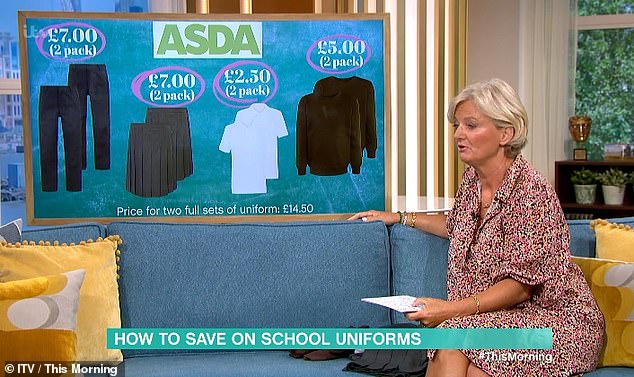 Alice talked viewers through the different uniform sets available on the high street, including at Asda, where two sets will set you back £14.50 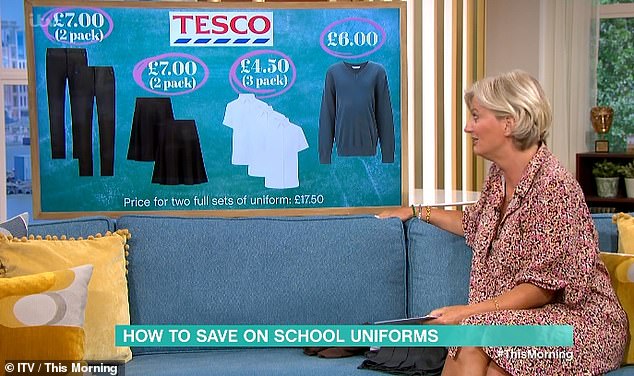 At Tesco, two sets cost £17,50 as part of their current back to school in-store offer, Alice revealed 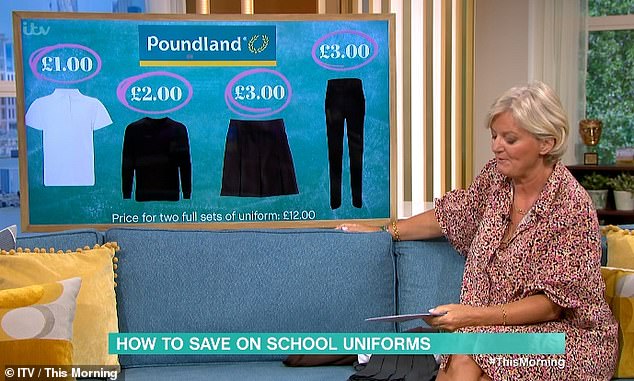 Poundland has started making uniforms with their PepCo closing brands. Tow full sets will set you back £12

Another parents questioned the quality of the uniforms provided by brands on the lower end of the price scale.

‘Can’t help but think if you buy Aldi uniforms they’ll be cheap & shrink in the wash,’ one said.

However, one parent was hopeful that schools wouldn’t send children away for wearing unbranded uniforms if a majority of people did the same.

‘If all kids turned up in unbranded uniform the schools can’t send them all home,’ they said.

Alice explained why some school uniforms have become so unaffordable for struggling families.

She said: ’98 per cent of schools primary or secondary insist on a branded uniform, and this is when they insist on you getting the branded or the logo on, the school’s badge.’

She added that these uniforms can become even more expensive when schools require parents get them from specific suppliers.

Alice pointed out that the government have tried to find a solution to the problem of expensive school uniforms.

‘The government have said that schools have to take on board that by sending parents to specific retailers, you are upping the prices and making the uniform unaffordable,’ she said.

‘You are also making it difficult for those kids who come from families who are struggling to be wearing the right uniform. They are going to be wearing old uniforms, uniforms that are too small.’

She pointed out a study by a Bristol newspaper who found that some schools were requesting parents to buy sweaters that ended up calling £65, and some sweatshirts for £21.

‘I think it is up to you as a parent to have a chat with the school – and I would leave the child out of this conversation,’ Alice said.

‘It’s terrifying for them that you’re going to embarrass them or are making them stand out from their peers,’ she added.

‘I would have a conversation and say “look, I’m really sorry, but I got thee kids at your school and sweatshirts are £21 each, it’s not affordable at the moment”,’ the expert added.