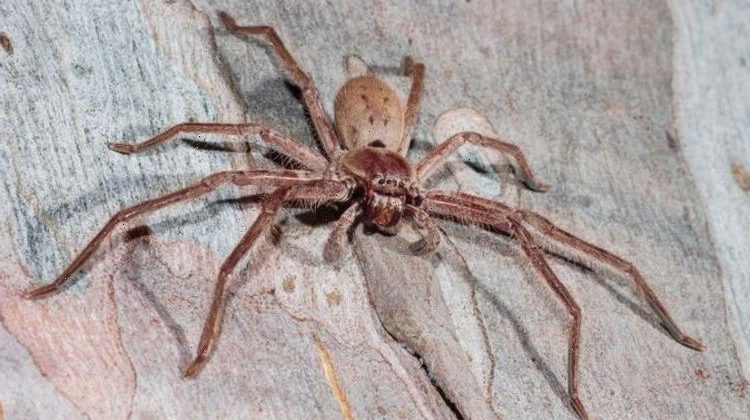 Dockworkers in were shocked to find a giant Huntsman spider lurking in a container that had made its way to the UK from China. The species is considered one of the largest arachnids in the world and can grow up to 12 inches in diameter.

Commonly found in East Asia and more notably in homes and gardens in Australia, although not shown to be fatal to humans, their bite can cause nausea, headaches and vomiting.

Known for its extremely rapid speed, the Huntsman spider sows fear into arachnophobes across the globe.

After being discovered, the RSPCA intervened and captured the enormous spider.

Speaking of the incident, an RSPCA spokesperson said the spider “fancied a holiday so he hopped on a shipping container in China and ended up in Hull.”

The spokesperson added: “The spider gave staff quite a fright.”

The spider is now said to be having “some R&R at a specialist rescue centre.”

This is not the first time a giant huntsman has made its way to UK shores.

In 2019, the RSPCA were called to a warehouse in Suffolk for a similar case.

On this occasion, the spider appeared to be a juvenile and measures a more manageable 2.5 inches across.

Jason Finch, an RSPCA inspector said of the arachnid, “This spider was on the smaller side and was only around 2.5 from leg to leg.

“He’d obviously been in the container for some time, without access to food and water, but he was still active and seemed to be OK.”

According to the inspector, incidents such as these are not rare.

Multiple spiders, insects and reptiles often make their way into shipping containers and boxes, finding their way across the world.

Mr Finch urged anyone finding such creatures to act with care.

He said: “Treat any unidentified animal with caution until identified accurately and not to try to handle an accidentally imported animal that has been discovered.”

In 2021, a shopper in Tesco was horrified to discover a more dangerous spider in a bunch of bananas.

Customer Adam Shepherd claims he discovered a cocoon with a “spider’s leg coming out” stuck to a bunch of bananas at the supermarket’s Lottbridge branch.

Mr Shepherd took a photo of what appears to be the deadly stowaway before, he said, he handed the contaminated bunch of bananas to staff for disposal.

After sharing the picture on Facebook, it was discovered to be a Brazilian Wandering Spider or Banana Spider.

Considered one of the most lethal spiders in the world, Mr Shepherd said: “I wasn’t really shocked as I used to work produce for Tesco and I’ve seen it quite a few times,

HAVE YOU DISCOVERED A NON-NATIVE SPIDER IN BRITAIN? WHAT WOULD YOUR REACTION BE IF YOU FOUND THIS GIANT IN YOUR PACKAGE? HOW BIG WAS THE LARGEST SPIDER YOU HAVE EVER SEEN? JOIN THE DEBATE IN OUR COMMENTS SECTION – JUST CLICK HERE – EVERY VOICE MATTERS!

In 2005, a Somerset chef was bitten by one which had stowed away in a crate of bananas and found its way to the Quantock Gateway pub in Bridgwater.

He said; “I thought I wasn’t going to make it. My chest was so tight I could hardly breathe.

“My blood pressure was going through the roof and my heart was beating so hard I could feel it hitting my chest.

“The doctors didn’t know what type of spider it was, but I’d got a picture of it on my phone and they sent it to Bristol Zoo to identify it.”

Although the Huntsman nor the Brazilian Wandering spider are native to the UK, Britain does have its own large species.

The largest in the country is the Cardinal Spider, examples of which have been measured at nearly 5 inches wide.

Found across Europe, but most commonly in the South of England, the Cardinal can bite but is painless and harmless to humans.