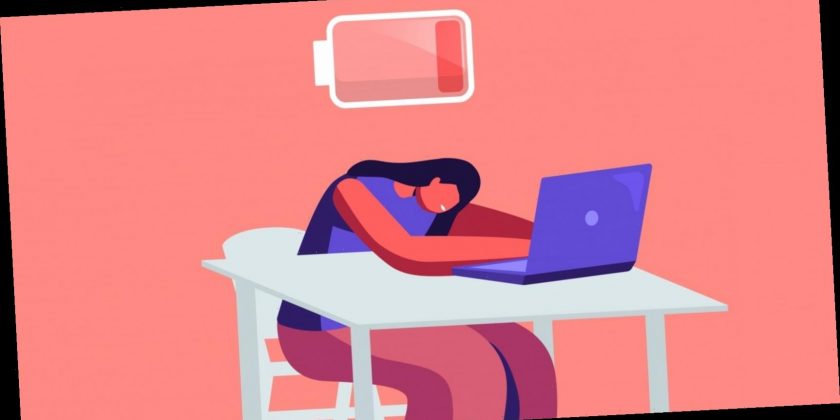 A new book explores why the idea that we should do a job we love is so problematic – and it’s an eye-opening read.

“Do a job you love and you’ll never work a day in your life.”

Whether it’s come from well-meaning careers advisors, motivational speakers or Instagram gurus, it’s an expression most people will hear at least once in their lives.

Nowadays, the idea that you should do something you love for a career is as ingrained in our working culture as the concept of the 9-5. Gone are the days when work was something people did simply to pay the bills. In 2021, you’re not just expected to work hard at your job – you’re expected to enjoy it, too.

However, doing something you love for a job isn’t as rosy as it may sound. Because at the same time as people are being encouraged to do what they love for a living, we’re also seeing rising levels of burnout, stagnant wages and a dwindling work/life balance.

Essentially, at a time where we’re giving more and more of ourselves to our jobs, we’re getting less back.

This is a problem which Sarah Jaffe aptly highlights in her new book Work Won’t Love You Back: How Devotion To Our Jobs Keeps Us Exploited, Exhausted and Alone. According to Jaffe, the ‘labour of love’ myth that society has come to subscribe to is directly correlated to the problems so many workers are now facing.

“It’s exhausting, isn’t it?” Jaffe tells Stylist. “We’re told this story that our jobs will be exciting and fulfilling and we should be grateful to have them – but at the same time, they’re also making us nuts. How does that square up?”

For Jaffe, the idea that you should love your job isn’t just problematic because it leads you to accept less compensation – it also makes you feel like you should be grateful for the opportunity to work in the first place, which puts you at greater risk of being exploited.

“It’s really stressful to be at a point where you’re working hard but you’re barely able to pay your bills and you’re being told over and over that you should be grateful for what you have – that in itself is a really damaging way to think,” Jaffe explains

“If you had a partner who treated you like crap, took your money, didn’t let you get any time away from them and told you all the time that you should be grateful because they’re such a good partner, you’d probably think about breaking up with them.”

Jaffe highlights this idea of gratefulness further in her book, and goes on to explore how the notion of doing work for passion rather than pay has infiltrated modern working culture. She also explains how the ‘labour of love’ myth can lead you to assume there’s something wrong with you (rather than the work) when a job doesn’t make you happy.

“The really insidious thing about this commonsense idea that you should love your job is that it makes you feel really screwed up if you don’t,” Jaffe explains. “We’re taught that if we don’t love our jobs we should just go and find a new one we do love, rather than thinking that it could be to do with the conditions we’re working in and the way we’re treated.”

So, what can you do about it? If the pandemic has shown us anything, it’s that we desperately need to re-evaluate the relationship we have with our jobs. Jaffe’s recommendation for where to start is simple: talk.

“When you talk to other people about how you’re feeling you realise that these are not just your problems,” she says.

“And so the best thing that I would say people can do is talk – it’s not only the beginning of organising but it’s also a way to keep sane. We need to be willing to say ‘I have this job that’s supposed to be really cool and I’m still miserable. Are you also miserable? And are the things that are making us miserable the same things or related things?’

“That kind of conversation brings us to a point where we’re not all walking around alone carrying all the baggage. And it also allows us to think about what it would take to change things.”

At the end of the day, then, the most important thing you can do to start fighting back against the limitations of this new working culture is to be aware of the amount of emotional and physical labour you’re giving to your job in the first place – and work to unpick some of the complicated dynamics we’ve come to assume as the norm.

Indeed, as Jaffe’s book highlights, work won’t love you back no matter how much effort you put in – and while working hard is admirable, it’s about time we all remembered that.

Work Won’t Love You Back: How Devotion to Our Jobs Keeps Us Exploited, Exhausted and Alone by Sarah Jaffe (Hurst, £20) is out now