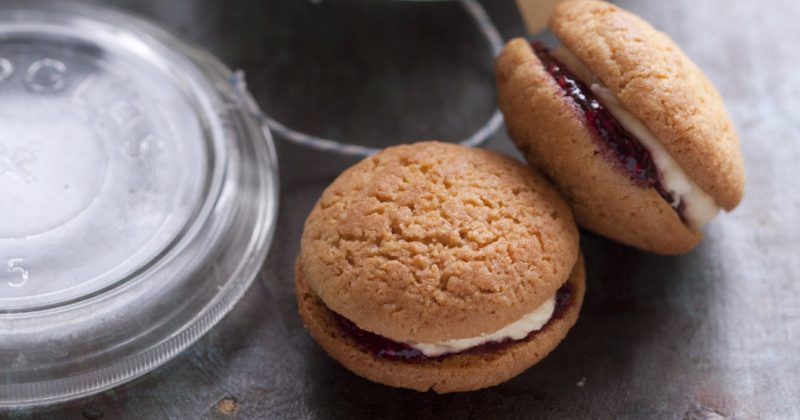 The Easter bilby can take a hike. Winter is the true chocolate season, a time when Mars dominates the Milky Way, and Flakes get a boost. Though when it comes to chocolate biscuits, choose wisely, as diehard nibblers will cream you for the smallest booboo. I blame their sugar count. 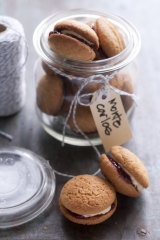 “When it comes to chocolate biscuits, choose wisely, as diehard nibblers will cream you for the smallest booboo.”Credit:Marina Oliphant

Last week I learnt the hard way. Somehow my brain had a melting moment, imagining the Monte Carlo to be chocolate-coated, inciting the VoVo Vigilantes to snap. “As a recovering chocolate and biscuit addict,” wrote Lara Gallagher, “I'm well-appointed to advise that Monte Carlos lack chocolate.”

Another reader, Chris Dobbins, was bound for the supermarket, determined to confirm my idiocy, while a third email lamented the whole abject ripple, demanding I “return to biscuit school, eating a pack a day should sloppiness persist”.

Crumbs, people – enough with the snickers. At the end of the day, when it comes to the crunchie, I was wrong: the Monte Carlo is not the full monty, not in chocolate terms. That honour falls to the Monte, a sticky rival in the Arnotts line, and no ostensible relation to Carlo. Can we move on? As I have a fake chocolate story to share.

Lin Sinton found the mystery. “I’ve just finished a book about the US military in Thailand during the late 1950s. In an apparent reference to a teleprinter message, one officer refers to a TWIX. I’d never heard the word before and Wikipedia's only reference is to a chocolate bar! Any ideas?”

My knee-jerk response was acronyms, yet the Taiwan Internet Exchange (alias TWIX) wasn’t a thing in 1950. Thus I started fossicking wartime lexicons, only for Lin to find his own bounty, as he reported in a follow-up email:

“My son Jeff (who’s also into crosswords and all things literary) found the result on a technical website.” Seems that TWIX was a teleprinter developed by AT&T, a shortening of TwixxStarr – allegedly the Samsung Galaxy of its era.

Problem solved, though my list of Wordplay inquiries was still long, quite apart from chocolate. One query related to next Tuesday, and another the nature of list itself. In both cases, a Twitter poll came to the rescue.

Imagine a friend invites you to a picnic, extending the offer one Tuesday, saying the event was taking place next weekend. Given all that, would you presume the picnic to occur (a) on the weekend coming, or (b) the weekend after that? I put the dilemma to social media, where some 600 respondents proved how ambiguous that phrase can be.

Precisely ambiguous in fact, with 304 votes opting for (a), and 304 surmising the day was (b). Andre Serna, Lily’s brother, wrote, “The phrase is so ambiguous that I don’t use it.” While Brydon Coverdale, alias The Shark on The Chase, reckoned, “Ask me on a Monday and it’s the weekend coming. Ask me on a Wednesday, Thursday or Friday and it’s the one after that. Don’t ask me on a Tuesday as that’s when it becomes too confusing.”

Meantime YA author, A.J. Betts, couldn’t avert her gaze. “Your poll is a slow-motion car crash I can't turn away from.” Later adding, “When people are chosen to live on Mars, can this please be the determining question?”

Mars, yes. We’re back to square one. Chocolate is seldom off the shopping list, but how long does a list need to be in order to enjoy the status of list? That was Sven Sewell’s conundrum, prompting a second poll. This time a clear bias emerged across 300 votes, with more than half insisting a list implies more-than-two, while others were content to settle for two, or even a single item. Really? One item. Let me guess – chocolate.