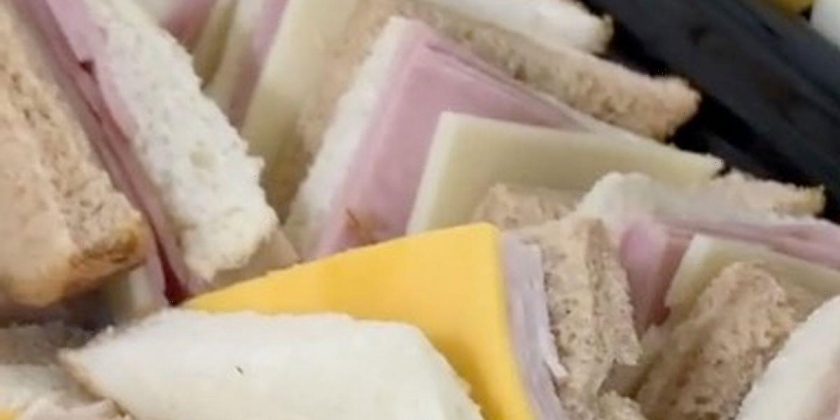 A woman was shocked when she ordered a platter of sandwiches and had her instructions taken very literally – with some amused viewers joking it was "malicious".

In a TikTok video posted on Sunday (October 10) Ashlin opens up a tray of sandwiches made by the deli counter at a branch of Walmart.

She requested the bread types she wanted in her food by asking for "half-white" and "half wheat".

While most people would probably assume she wanted half the sandwiches on white bread, and half on wholewheat, the Walmart employee made each of her sandwiches with one slice white and the other wholewheat.

Using the "Oh No" sound when she uploaded it on her @ashlinm92TikTok, she wrote in the caption: "Ordered a sandwich tray from Walmart. Half wheat, half white. This is what we got."

The clip has since been watched more than one million times and people were in stitches about the mix-up.

One viewer commented: "I wouldn't even be upset. I'd be more confused as to how whoever made this tray came to this conclusion when they read 'half white, half wheat'.

"We asked for an assortment of turkey, ham and roast beef sandwiches. They took that as put all of them on the same sandwich," added a second.

Someone else wrote: "It's malicious in its compliance. You got exactly what you asked for.

"The only option is to separate every sandwich and work some magic."

Meanwhile, a woman confessed she hadn't eaten fruit or vegetables for 30 years because of a crippling phobia of trying new foods.

She begged doctors for help and was able to try a slice of apple in her very first therapy session, soon followed by bacon and a cheese pasty.