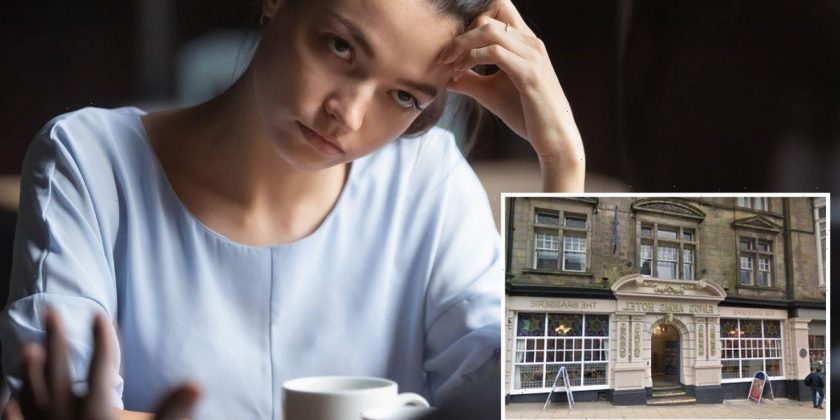 A young woman has explained how her Tinder dinner turned into an evening from hell after her date’s “dead” ex showed up to the restaurant.

Hannah, 20, from Lancashire, matched with a bloke online before the pandemic and they chatted over the app for weeks before meeting up for a first date.

They decided to head to The Brasserie in Lancaster – a popular and intimate date spot at The Royal King’s Arms Hotel.

Hannah explained to LancsLive: "I thought he was a nice person, I kind of liked him, but not much.

“I didn't see much happening past the date, I just figured I might as well try."

The pair got to know each other over food and Hannah said “it was a food date” – and as they got closer he revealed that he’d lost his late-girlfriend to cancer.

Hannah said: “He was talking about his recently deceased partner who’d died from cancer and how he was struggling post-death.

“Sympathy was given because, well, that’s a horrible thing to go through.”

She added: “All was going well until he looks up, goes white and bolts to the loos."

Confused, Hannah looked around to see what could have caused the reaction.

She said: “I turn around and see a girl that looks eerily like the woman whose picture he had shown me.

“Turns out the dead partner was not so dead. In fact, the girl had two children with him and thought he had been working overtime to support them.”

Hannah said she was "shocked" as she spoke to the stunned ex-partner who told her she could have been the sixth girl he had told the tale to.

Hannah said: “He thought it wasn’t such a big deal to fake a dead partner for a date?

“I thought I was hallucinating a dead woman at first, then she came over, asked me if I was on a date with him and I just told her what he had told me about her being dead.”

Hannah left money on the table to pay her part of the bill and walked out.

“I heard her screaming as I left” she said.

Hannah has given up on dating for now due to the pandemic, but to be honest we think anyone would be put off by such a disastrous date.

And for more stories from the Daily Star, sign up to one of our newsletters here.